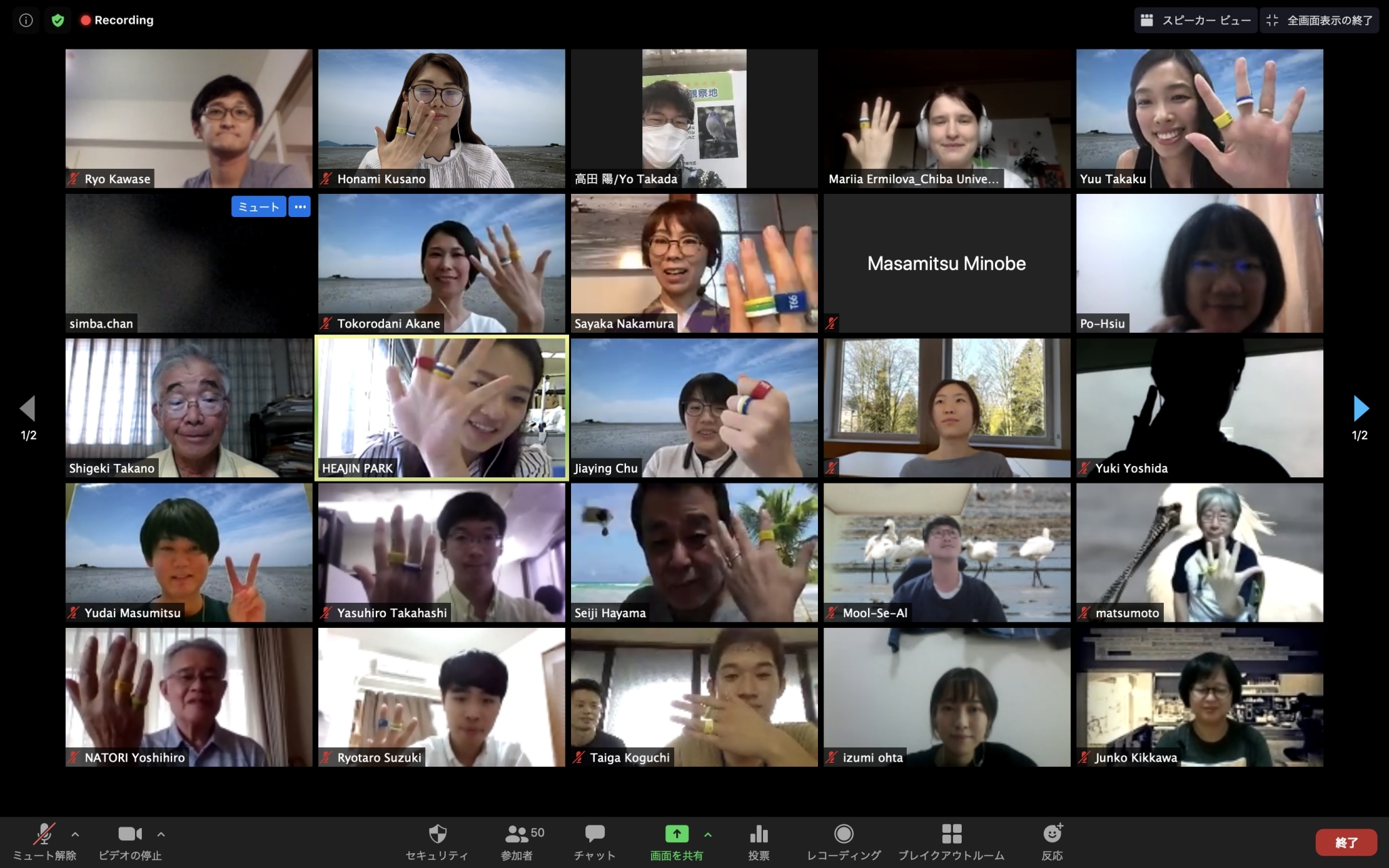 Team SPOON is a group working to connect people beyond the border through Black-faced Spoonbills (BFSs), and to inherit the rich nature which BFSs can alive and the peace of East Asia. This year, Team SPOON marked our 5th anniversary! To celebrate the anniversary, they held an online event on 13th September.

Team SPOON created rings imitating the BFSs’ foot rings, with the meaning to connect people to BFSs, and connect people by using these rings. Established in Tokyo in 2015, by now over 400 people from Japan, Korea, Taiwan etc. have become a member, which means they support a specific BFS by wearing rings of the same design of K96, K94, T66, J10, and J15. Members also receive newsletters called “Spoonbill Times” every week. Through this newsletter, members feel connected with the specific BFS they support, and also learn about them and their habitats and local cultures.

A total of 55 people from Japan, Korea, Taiwan, Hong Kong, etc., including SPOON members and people who are interested in SPOON, participated in the party. The Party was conducted in 4 languages: Japanese, Korean, Chinese and English. Across distances and languages, Team SPOON celebrated our 5th anniversary, looked back on the past 5 years, and talked about our future activities together.

In addition, a workshop was held in which participants read the picture book “The Letter from Poo, a Black-Faced Spoonbill” together in their own languages. Through the workshop, all participants had the experience of sharing the same time and landscape by reading the same story in different languages and getting pulled into the story’s world together.

At the end of the party, based on what is happening in the pandemic, all participants adopted a manifest for SPOON members to work together on the mission of Team SPOON.

As announced at the party, Team SPOON made a ring of A42, which was taken care of and put on foot rings in Hong Kong last year. The organizers want more people to wear a ring and support the Black-faced Spoonbill A42 regardless of country or language.

If you want to join Team SPOON and support the Black-faced Spoonbills! Click here to apply for membership: