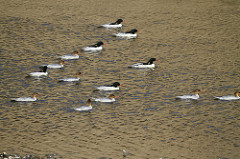 The Scaly-sided Merganser Census in China 2014-2015, led by the Chinese Bird Watching Societies Network (China Birdwatching Association) and sponsored by the Alashan SEE Foundation, was carried out in more than 150 different cities and counties of 19 provinces (including autonomous regions). And this year, the Census 2015-2016 will cover up to 21 provinces (including autonomous regions) in China. 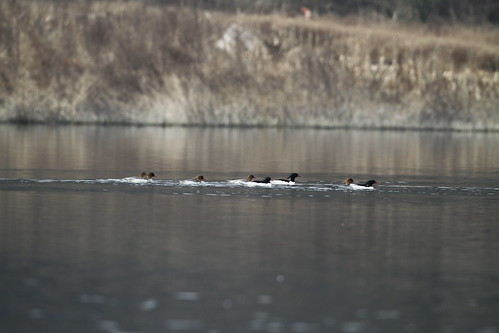 45 bird-watching groups or institutions attended the survey last year, and the total number of participants reached over 300. The survey covered 200 sites, which are broadly distributed in an enormous area (the distance from the south to the north is approx. 2600km and east-west is about 2200km) where Scaly-sided Mergansers were found to stay. Rivers involved in the investigation include: Yalu River, Liao River, Luan River, Hai River, Yellow River, Huai River, Yangtze River, Lianchang River, Pearl River, as well as several rivers along the south-eastern coast (including Qiantan River, Jiaojiang River, Ou River, Min River and Han River). In addition, some artificial rivers such as Beijing-Hangzhou Grand canal and the Yellow-River-to-Qingdao artificial river were also surveyed. Among them, Scaly-sided Mergansers were found at Yalu River, Liao River, Yellow River, Huai River, Yangtze River, Pearl River, Ou River, Jiaojiang River and Min River. A total of 441 individuals were recorded, distributed in over 30 sites of 25 cities and counties in 12 provinces and autonomous regions. (Note: this survey does not include Jiangxi province which is the main wintering site for Scaly-sided Mergansers) 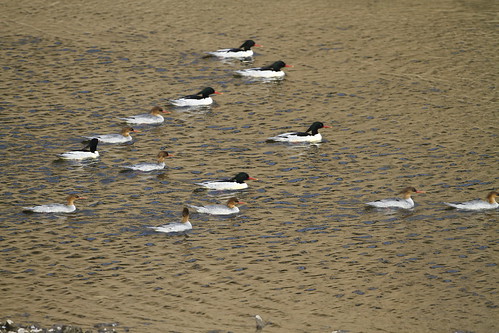 A new finding from the survey is that Scaly-sided Mergansers wintered not only in Hunan, Fujian and Zhejiang provinces which has been known, but also in Henan, Anhui and Hubei provinces. Additionally, they were also found in south-western part of China, such as Guangxi province and Chongqing. 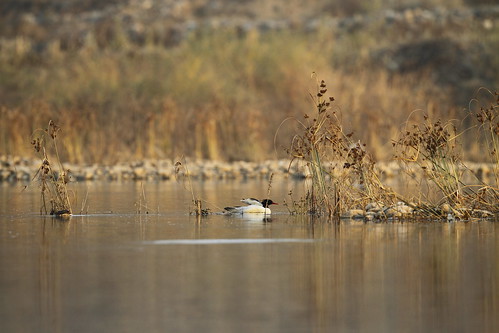 110 individuals were recorded in Hunan province, ranking the highest in the result. In Henan, Anhui and Hubei provinces, located in central China, a total of 207 individuals were recorded, among which 100 individuals (12 of them were not in the official survey data record) were found in Henan province, 61 in Hubei and 46 in Anhui province. They were the second to the fourth place. In terms of rivers, 48 individuals were found in Yellow River, 98 in Huai River and 48 in Yangtze River. The Dabie Mountains, the watershed of Yangtze River and Huai River, found 98 individuals, all locating at the northern side of the mountains and branches of Huai River at the eastern foothill of the mountains. Of the 98 individuals, 38 were found at Shangcheng, Henan province, ranking the highest. One third of the recorded Scaly-sided Mergansers in the survey were male.

Map of survey sites where photos on this page were taken