<Introduction to this article by Spike Millington, Chief Executive of EAAFP>

This article addresses the vulnerability of shorebirds to different hunting pressures across their migratory range in the Americas, both legal and illegal. Illegal hunting is the theme of the 2016 World Migratory Bird Day, but legal hunting can also have an impact of shorebird populations.
In the East Asian–Australasian Flyway, shorebirds are also subject to hunting pressure, from Bar-tailed Godwit harvest by indigenous populations in Alaska, to Whimbrels and other species in Russia, where spring hunting is widespread, through illegal trapping on mudflats in China and southeast Asia. Satellite-tracked birds, such as the Whimbrels, Machi and Goshen in this article, not only provide us with valuable information on migratory routes, but also raise awareness of the threats they face on migration. Several shorebird species are being satellite-tracked in our Flyway and it is important that the stories of these birds’ journeys reach a wide public. The more their amazing migration is known by the general public, the greater will be the support for their conservation. 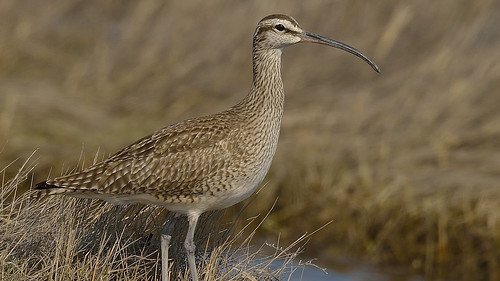 In 2011, two whimbrels that were part of a migration tracking study were shot as they made landfall on the island of Guadeloupe during their south-bound migration. The researchers had named these satellite-tagged whimbrels Machi and Goshen, and news of their death shocked birders and conservationists worldwide.

This event brought widespread attention to the fact that people are still hunting shorebirds for recreation and subsistence in parts of the world.

While organizations in North America are working tirelessly to help shorebirds weather the many threats they face, the very same birds are being hunted in the Caribbean and South America. 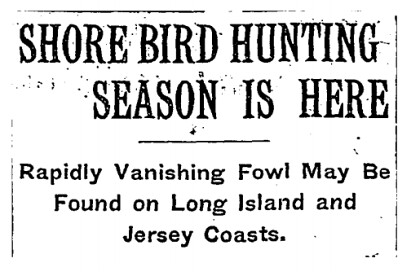 This New York Times headline above from 1911 is a reminder that shorebirds were once hunted in North America as well, for food, for sport, and for profit. The article was published at a time of widespread concern for exploited bird populations that were experiencing dramatic declines.

One hundred years before the death of Machi and Goshen in the Caribbean, the United States began to enact laws that afforded increasing protection to shorebirds (and other birds) from hunting.

For tales of the old days of shorebird hunting in the United States, check out The Boy’s Book of Hunting and Fishing (1916) or Game Birds of the Coasts and Lakes of the Northern States of America (1865) by Robert Roosevelt (Teddy’s uncle). 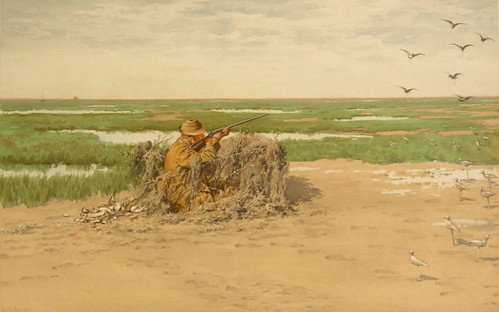 Shooting shorebirds from a blind. Bay Snipe by A.B. Frost from Shooting Pictures by Scribner Sons 1895 in the public domain

Many shorebird populations rebounded after hunting was banned, but some species (such as the Eskimo curlew, which is now extinct) never recovered. Others (such as the American avocet) experienced range restrictions.

One hundred years later, shorebird populations are in trouble again. This time, the conservation actions that need to be taken aren’t as clear.

Twenty-three of the 35 shorebird species in North America are now experiencing declines. There is no clear single cause for the declines because these species have diverse life histories across a variety of habitats, latitudes and flyways.

Hunting may remain a part of the problem. The 2011 death of celebrity whimbrels Machi and Goshen brought attention to a conservation blind spot, compelling conservationists to reckon with the difficulty of assessing hunting practices and policies in the dozens of countries shorebirds pass through.

A collage of shorebird hunting photos. All photos © Bossett available on Strathmere.net

While it has been known that hunting has been occurring on the shorebird’s wintering grounds and stopover sites, the scale of it has been difficult to grasp. There are dozens of countries in question.

Today’s hunting in the Caribbean and South America does not seem to be happening at the same scale as the peak of North American market hunting. For example, in 1821, John James Audubon witnessed 48,000 American Golden Plover killed in a single day near New Orleans. But even in modern times, massive single-day tallies are possible.

In 2011, after they were grounded by a tropical storm, 2,000 American Golden Plover were shot by sport hunters in Barbados. Even if events like this are rare, the cumulative impacts of small-scale sport and subsistence hunting may still be unsustainable for some species. 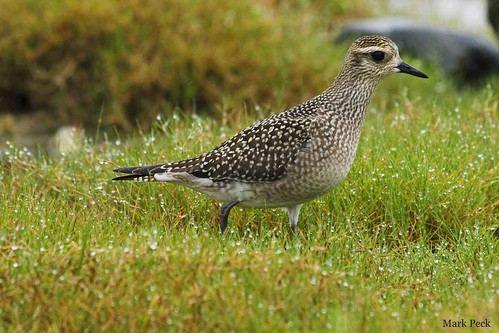 The research team that tagged Machi and Goshen was led by Bryan Watts of the Center for Conservation Biology at the College of William and Mary. Watts and colleagues are working to assess whether the hunting occurring in Guadeloupe and elsewhere is potentially sustainable.

The first step in this process, published in 2015, was to estimate how many individuals of each species could be harvested with no negative impact on populations. This analysis was based on the life histories and conservation status of each species.

The take home is that the only shorebird species that can withstand intensive hunting are the ones that already have a sanctioned hunting season in the United States and Canada: American Woodcock and Wilson’s Snipe.

The most vulnerable species, such as red knot (that have high levels of protection through state and federal endangered species listings) are the least able to withstand hunting.

The rest of North America’s shorebirds can withstand only moderate harvest before suffering population declines. 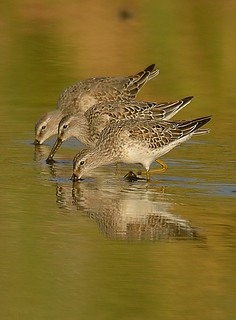 The findings of Watts and his colleagues provide a framework for understanding the conservation context of hunting. One might argue that hunting isn’t necessarily a bad thing. Hunters can bring important political support and funding for the conservation of the species they pursue. In the case of shorebirds, inroads must first be made to tighten up hunting policies and ensure that harvests are sustainable.
To complete their life cycles, the Western Hemisphere’s shorebirds move through 57 different jurisdictions (35 nations, along with 22 territories that are controlled by France, the Netherlands and the United Kingdom). Watts and colleagues have recently completed a second paper that reviews existing hunting policies throughout the hemisphere.

They describe wildly different policies – policies that range from legal market hunting (in Venezuela) to full bans on shorebird hunting. Fortunately, the majority of jurisdictions (nearly 70%) have thorough protections in place for shorebirds. The rest have few or no regulations regarding shorebird hunting.

The sheer number of jurisdictions creates challenges because, even if just one or two jurisdictions exceed sustainable harvest levels, it could potentially have a significant negative impact. For example, currently there are seven jurisdictions that allow the hunting of our most vulnerable shorebirds – whimbrel, eastern willet, ruddy turnstone, black-bellied plover and short-billed dowitcher. Even the federally (U.S.) threatened red knot is still being legally hunted in four jurisdictions. 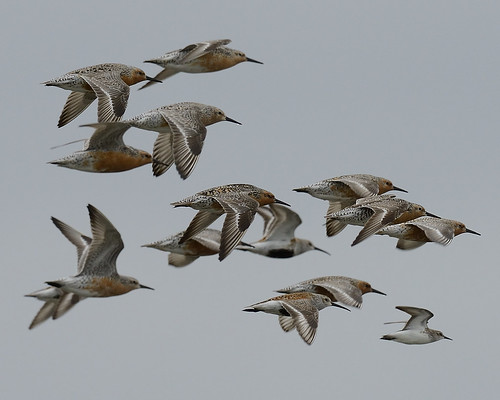 Progress is being made. A coalition of international agencies, non-profit organizations and universities has formed as part of the Atlantic Flyway Shorebird Initiative to address conservation issues surrounding hunting. French Guiana has tightened its hunting policies, prohibiting the hunting of some of our more vulnerable shorebird species. There is an active dialogue between the governments of other French protectorates to enact some harvest restrictions.

Next step for this coalition is to dial in on those countries that have the biggest impact on shorebirds and work to ensure that hunting is regulated and enforced. The ideal result from this group’s perspective is to achieve sustainable harvests while respecting local traditions and subsistence needs.

Much of the recent progress with reconciling hunting and conservation can be tracked back to Machi and Goshen. Their deaths triggered immediate attention and action to better understand and manage shorebird hunting across the Western hemisphere that will continue well into the future.