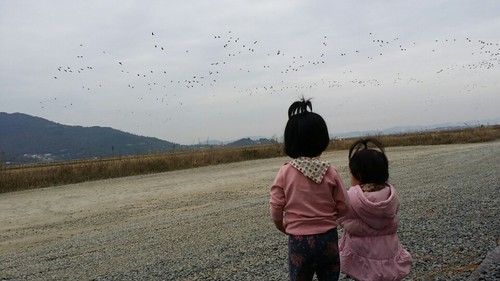 Since October, thousands of ducks, geese and cranes have been arriving in Korea for the winter. Among them, many Bean Geese and Hooded Cranes have joined them in visiting Cheonsu Bay in Seosan for this winter season. With great support from Seosan City, the Waterbird Network Korea was able to organise its Fourth Seosan Bird Race from 31 October to 1 November. The opening ceremony was held by the Mayor of Seosan City to highlight the importance of birds and their habitats in Seosan. There were a total 23 teams, which included families, individuals and internationals. Compared to last year, there were more participants this time around, and the youngest participant was a four-year-old girl with her parents and older sister. How lovely! I also teamed up with Spike and Scott, while Andreas and his family was the other international team. Dr. Kisup accompanied us. The day before we had a brief introduction on the birds that we were likely to see and the areas we were allowed to go. 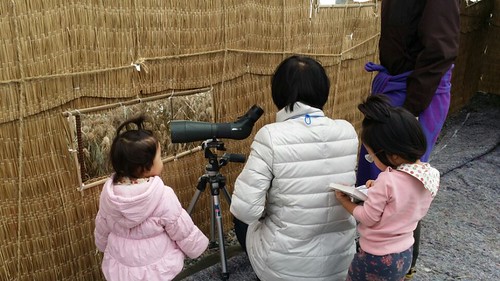 The following day the race finally started at 7 am. Everyone scattered around, like birds themselves, trying to find birds with their own cars. We also started our car and went up a hill to find landbirds. It was a beautiful, peaceful hill with a local traditional temple, called Buseoksa, located in the middle. The hill was so quiet it seemed as though there was no one there but the birds. While we were following the song of the Great Spotted Woodpecker, we saw Jays, Daurian Redstarts and Coal Tits in the trees, and some warblers and buntings in the reeds. On the way back to the car, I also spotted two guests of the temple who may have just gotten out of bed and were enjoying an early morning stroll. The hill seemed like an ideal place for a short trip for birding or meditation.

We finally moved to the Cheonsu Bay to find waterbirds. There were lots of ducks – Mallard, Ruddy Shelduck, Northern Shoveler, Common Teal, Common Goldeneye. One Black-winged Stilt and a Avocet were also in the crowd. Eurasian Spoonbills were diligently wading and feeding, while Whooper Swans were peacefully swimming. It was easy to find Little Grebes, Great-crested Grebes and Common Coots in lakes and ponds. A flock of bean geese were flying over our heads, while a Eurasian Skylark, a Kestrel and a Eurasian Bittern swiftly flew by. We thought we saw a Baer’s Pochard, but he had grey on his body. But, it was too far way and the weather wasn’t ideal for birding but we hoped that it might be Baer’s Pochard – a rare and declining species in the EAA Flyway. But, sadly, it was only a Greater Scaup. 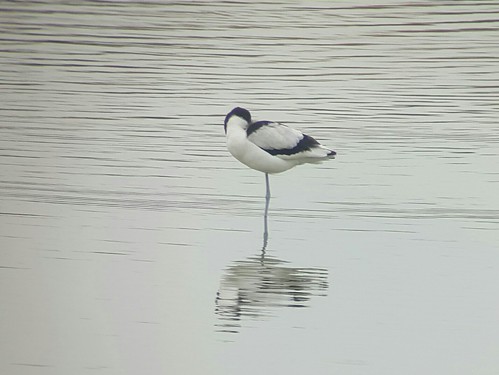 A Avocet resting in the pond © Waterbird Network Korea 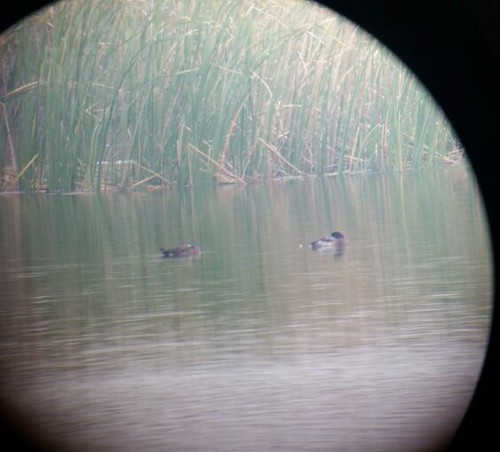 A Great Scaup resting in the lake © Waterbird Network Korea

When we moved to the rice paddies, we found beautiful families of Hooded Cranes in a feeding frenzy. There was one hybrid juvenile between Hooded Crane and Common Crane. It was very interesting to look at. We also saw a few Oriental White Storks, which were released from the captive breeding program. There were thousands of Bean Geese and the rice paddies seemed to be full of Bean Geese. In the crowd of Bean Geese, we saw some White-fronted Geese and a Snow goose. The Snow Goose was very outstanding. It was as white as snow. The mudflat was the last place we visited. It was quite chilly and windy. There were some Dunlins, Mongolian Gulls and Black-tailed Gulls feeding. In total, our team had 71 species within the 6-hour race. We got to second place among International and Individual teams. The team who got the first place saw almost 90 species. They were pretty happy about that. Overall, It was a fun race. 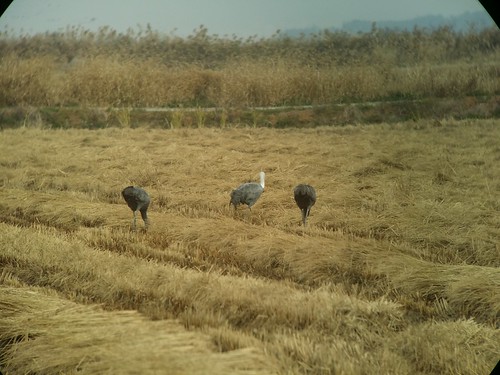 To see more photos, go to our Flickr album