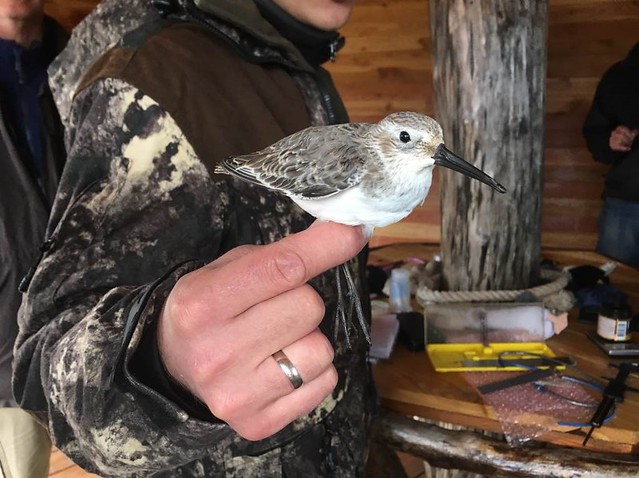 Workshop Summary: Twenty-one avian specialists from Russia and the United States met from October 9-11, 2017 at the Wildlife Conservation Society’s Sikhote-Alin Research Center in Ternei, Primorskii Krai, Russia. The purpose of this meeting was to share ideas, practice advanced avian tracking and data analysis skills, and to identify pressing trans-border conservation needs that can be addressed via collaborative action across the East Asian-Australasian Flyway.

Workshop participants were experts who conduct research across the region, including the Russian Provinces of Chukotka, Kamchatka, Sakhalin, Yakutia, Khabarovskii Krai, and Primorskii Krai, as well as the U.S. state of Alaska. Participants hailed from three institutions of the Russian Academy of Sciences, the Far Eastern Federal University, Moscow State University, one federal-level protected area, the Wildlife Conservation Society (WCS) Russia and WCS Arctic Beringia Programs, and the United States Fish and Wildlife Service (USFWS).

We discussed several international initiatives (i.e., East Asian-Australasian Flyway Partnership, Arctic Council’s Arctic Migratory Birds Initiative) that seek to elevate conservation action from the country level to the international flyway level, and solicited thoughts for future collaborations that adhere to these frameworks. Several ideas for multilateral projects were proposed in the lively discussion that followed, including a study of Nordmann’s greenshank, a practically unstudied species and the second-most endangered shorebird of the East Asian-Australasian Flyway (after the Spoon-billed sandpiper).

The timing of this workshop overlapped with the peak autumn migration of Dunlin, the shorebird that has been the focus of a scientific collaboration between a number of the Russian scientists present, WCS Arctic Beringia, and USFWS (through support from the Trust for Mutual Understanding). Consequently, the third and final day of the workshop focused on Dunlin captures, as demonstrated by Aleksandr Matsyna (Dront EcoCenter) and Konstantin Maslovskii (Institute of Biology and Soil Science, Russian Academy of Sciences). Rick Lanctot (USFWS) and Rebecca Bentzen (WCS Arctic Beringia) then demonstrated the nuances of shorebird-specific transmitter attachments, with participants able to practice first on stuffed animals and then on live Dunlin before the (non-functional) transmitters were removed and the Dunlin released to continue their journey south.

Workshop Outcomes: This intensive, three day workshop facilitated goodwill among nearly two dozen Russian and American scientists working on both sides of the Bering Strait. Significantly, this workshop resulted in the identification of true conservation needs that allow all parties (i.e., Russian and American researchers) to contribute their strengths to further conservation of migratory shorebirds at the international level. 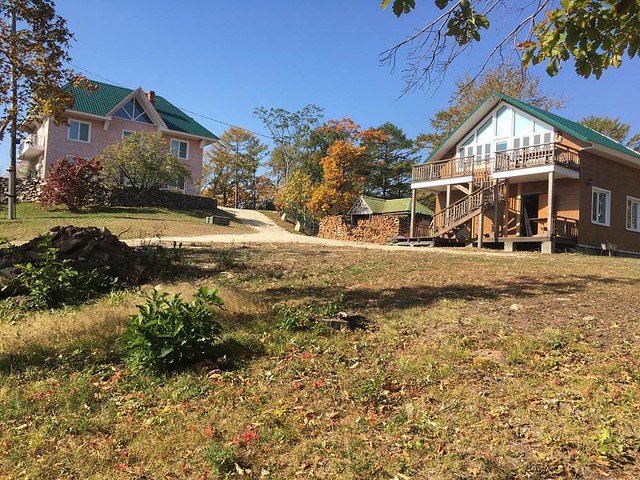 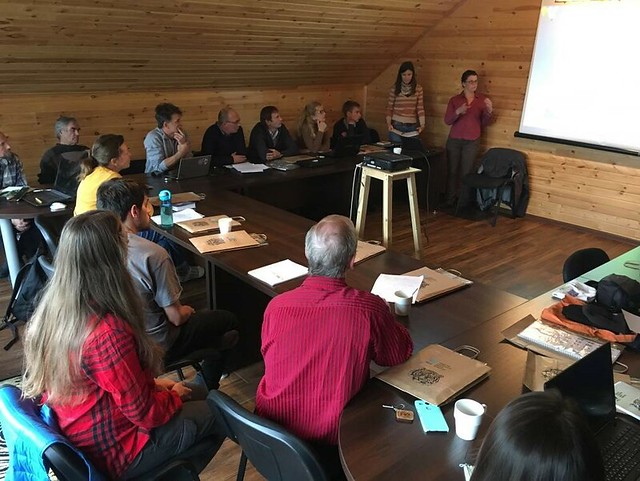 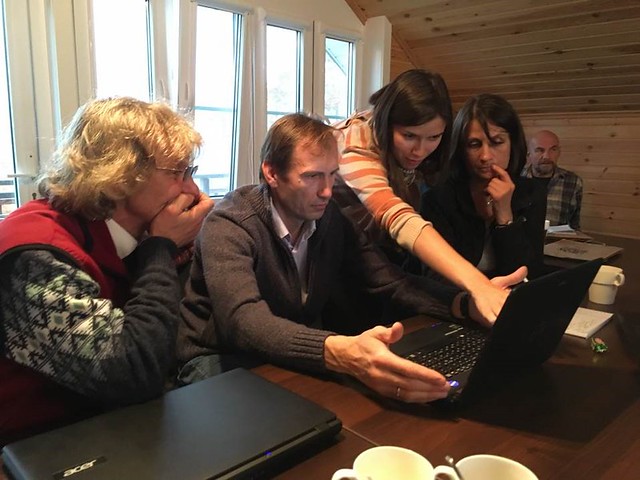 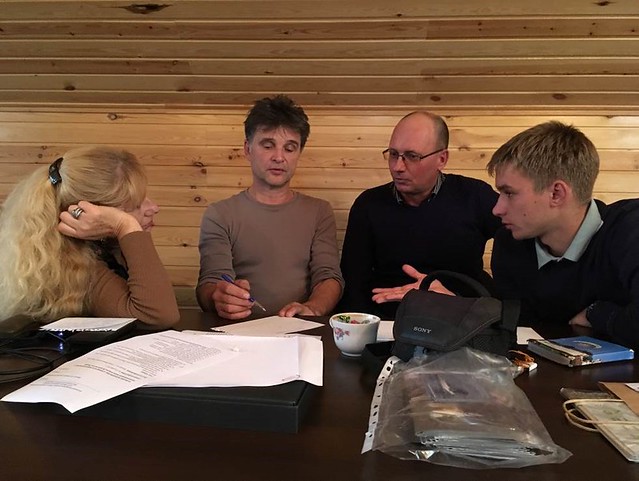 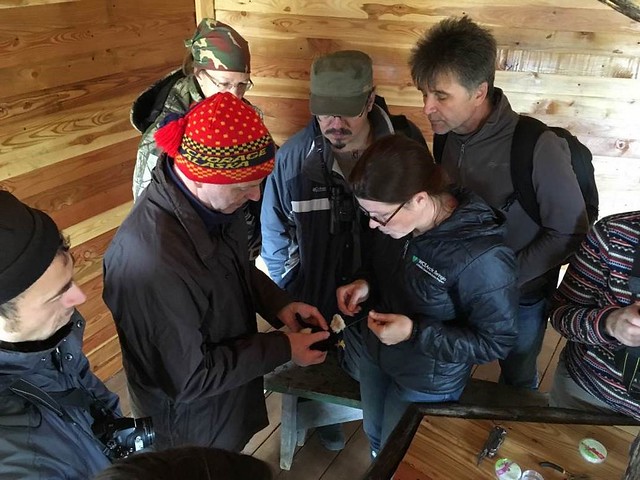 Figure 5. In a covered gazebo in the Sikhote-Alin Biosphere Reserve, Drs. Rick Lanctot and Rebecca Bentzen demonstrate how to attach a leg harness transmitter to a small shorebird, using a stuffed animal as an example. Photograph © Jonathan Slaght, WCS. 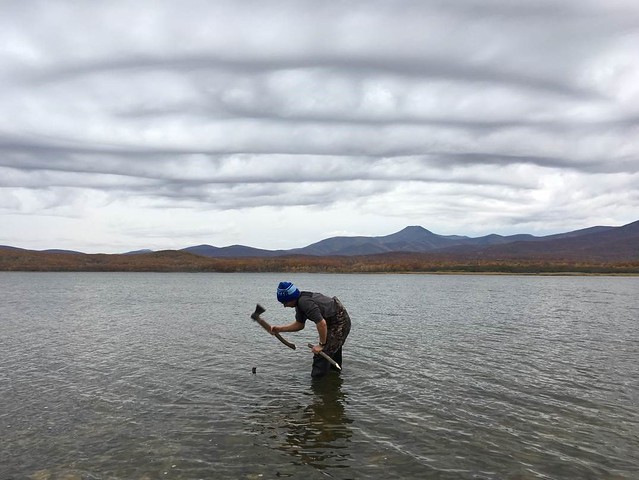 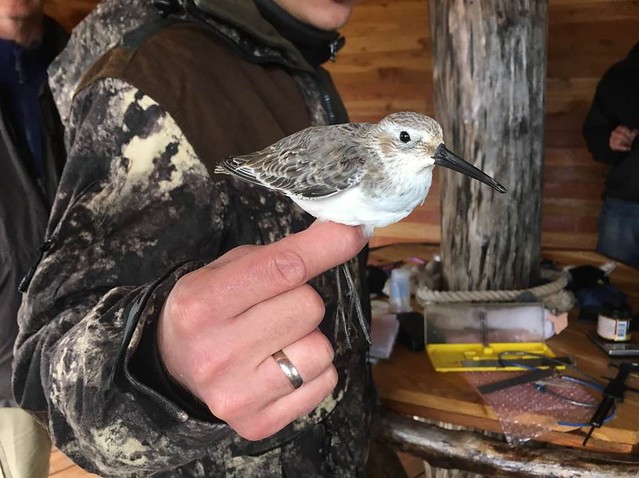 Figure 7. One of the Dunlin captured (and later released) as part of the technical component of the workshop program. Photograph © Jonathan Slaght, WCS.