The round table meeting entitled “Wind farm effects and the environmental assessment for waterfowl” was held at the Ornithological society of Japan 2016 annual meeting in Hokkaido, Japan. 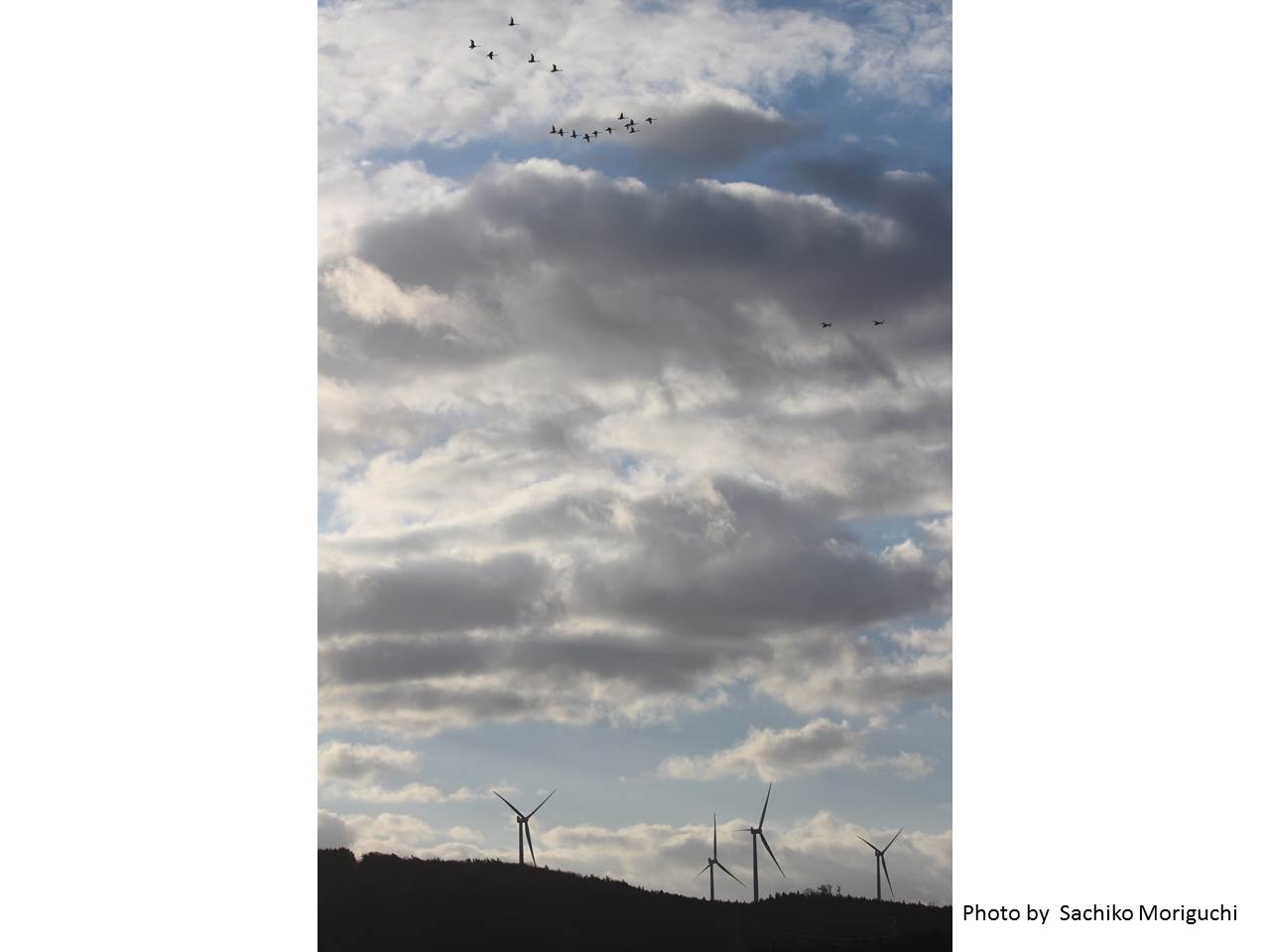 Mr. Tatsuya Ura (Wild Bird Society of Japan) gave a general introduction of wind farm impacts on waterfowl. As with other birds, waterfowl are influenced by direct wind farm effects such as bird strike and habitat destruction and the indirect effects such as habitat displacement and barrier effect which deters them from using their customary flight routes. Therefore a species sensitivity score (SSS) should be established indicating conservation status, flight behaviors, habitat information and the frequency of bird strike for each species in order to identify the sensitive species to wind farms. He said that zoning is urgently needed for habitats and the buffer zones for such sensitive species. Ms. Qianbing Xie (Hokkaido University) introduced the attempt to develop an assessment method for cumulative effects from building wind turbines close together. 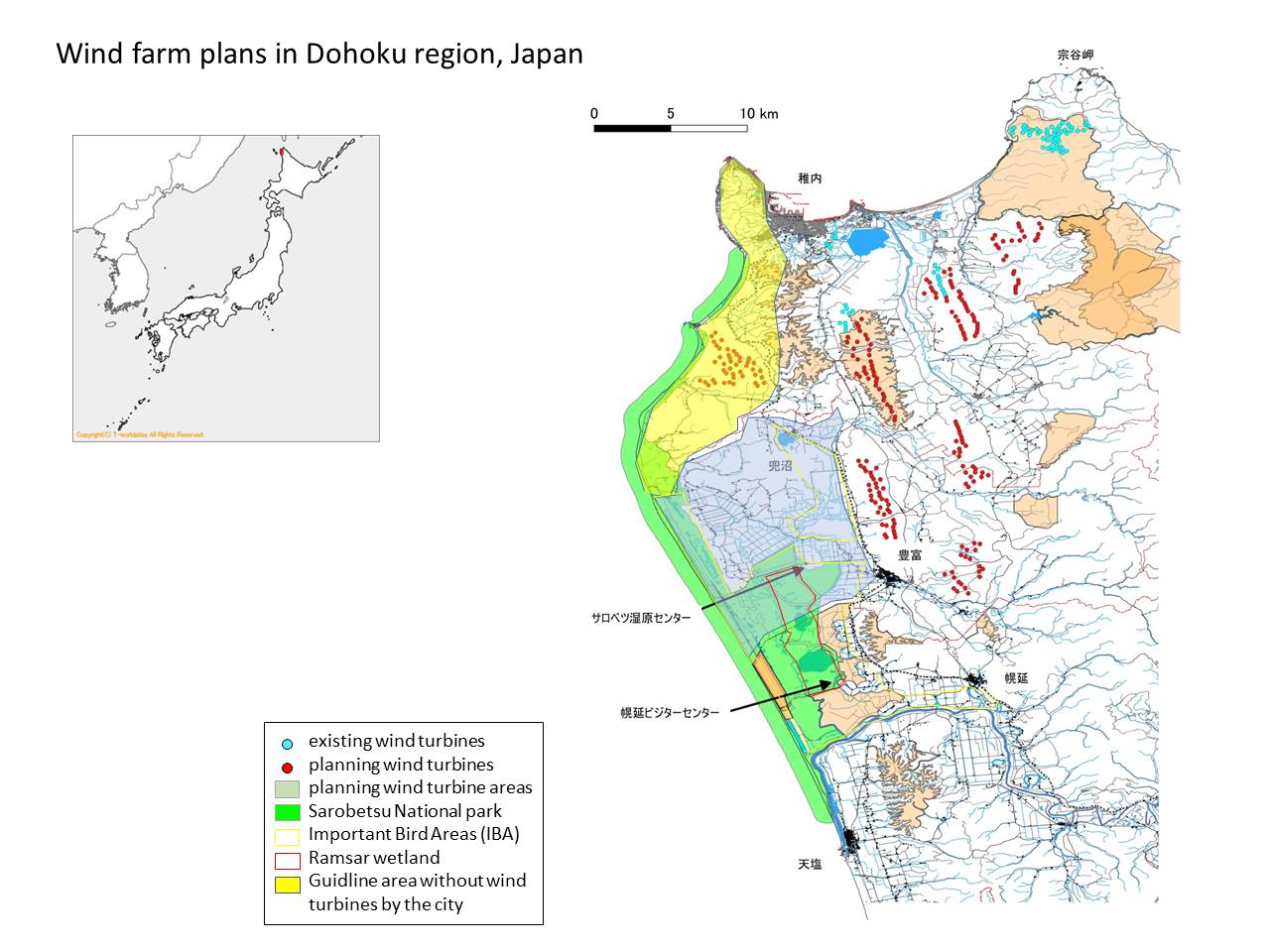 Mr. Makoto Hasebe (NPO Sarobetsu Eco Network) introduced the huge wind farm projects (up to 800 wind turbines) proceeding in Dohoku region, Hokkaido. Most waterfowl with stopover sites in Hokkaido go though Dohoku region, and thereare some important conservation areas, such as Sarobetsu wetland (designated as Ramsar sites) and Sarobetsu national Park. Because wind farms at the area can be barriers for bird migration, many conservation groups and experts organizations sent arguments to the government to ask for reconsideration of the project.

For introduction of case studies, the waterfowl research group at Hirosaki University presented environmental factors affecting departure of geese and swans migration at spring stopover sites and proposed suitable period for population counts of geese and swans on migration in Northern Japan.

Finally, we suggested that we should develop interest in wind farm effect on birds and the methods for environmental assessment. Local nature information records and their publishing will contribute in improving sensitivity maps, and it will result in avoidance of wind farm planning in important bird habitats at the early stages in the environmental assessment process. Citizens can give their opinions for the three reports during the process of environmental assessment. We can verify the assessment methods and conservation measures, and transmit opinions to the wind farm company. After the construction, we can collect cases of wind farm effects and advise on the necessity of any conservation measures and the appropriateness of the wind turbine replacement after 20 years of operation.