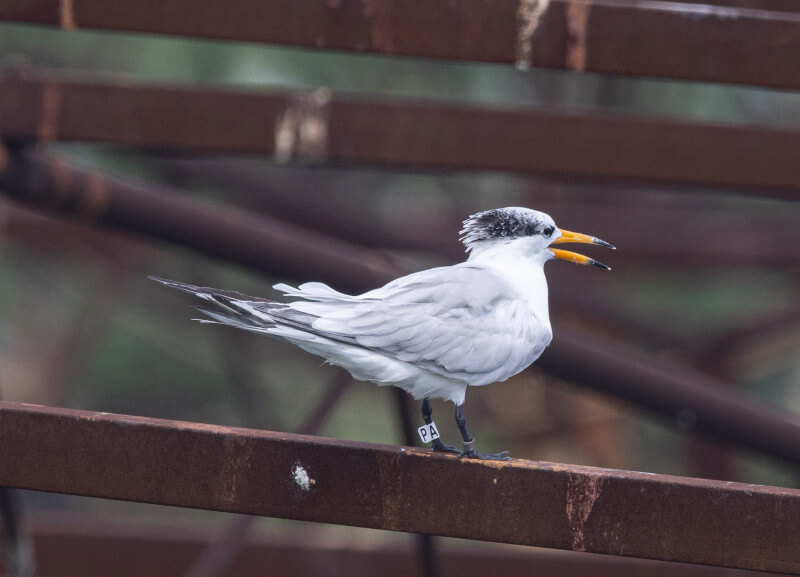 The connection between RoK-breeding Critically Endangered Chinese Crested Tern and Shandong Province in China was proven. On 6 August 2022, a Chinese Crested Tern with a white leg flag marked “PA” was seen at Jiaozhou Bay of Qingdao, Shandong Province, China. When checked with Korean researchers it was confirmed the bird was banded on 3 June 2022 in the Republic of Korea. Another RoK-banded bird, marked “PB”, was also seen at Jiaozhou Bay in August. These banded birds, and one more banded Chinese Crested Terns, were last seen at Gochang, southwestern Ro Korea, on 29 July. 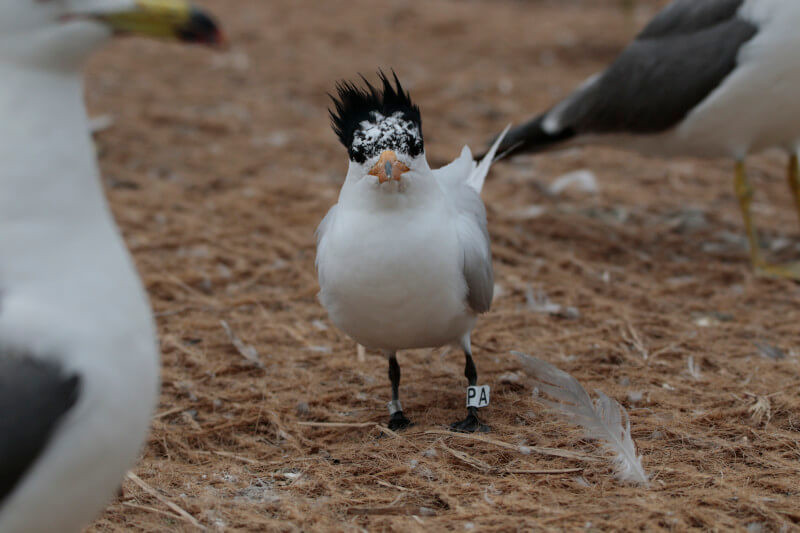 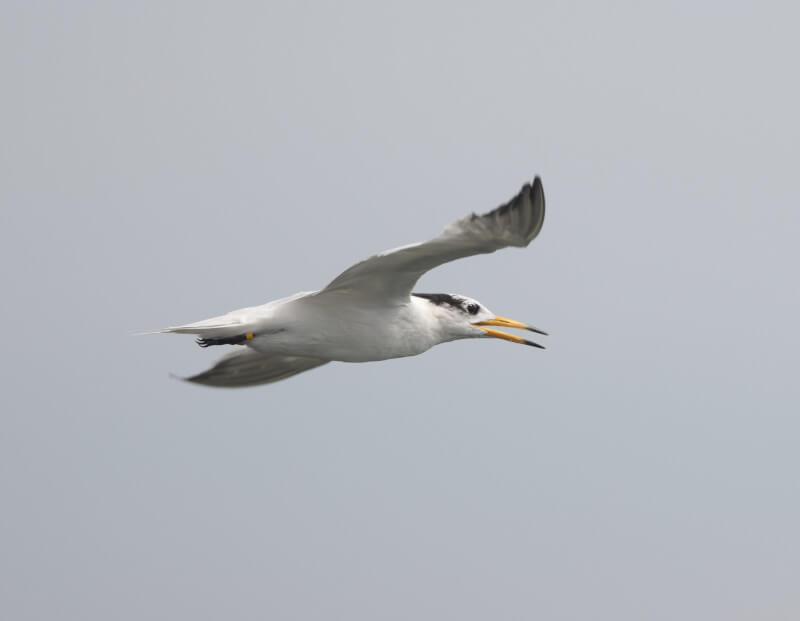 From old literature and specimen collection, we believed Chinese Crested Terns bred in Shandong in the vicinity of Qingdao, northeastern coast of China, as recently as 1937, and probably also bred in Korea near Incheon in the early 20th century. Breeding had not been recorded north of the Yangtze Estuary from 1937 to 2015 while a southern breeding population was discovered in 2000. However, since 2008 there were odd birds of Chinese Crested Terns observed north of the Yangtze Estuary (one seen at Chongming Dongtan, at the Yangtze Estuary on 5 September 2004). Since 2016, Chinese Crested Terns were regularly recorded in Shandong Province (Rizhao and Qingdao) every year and their numbers rapidly increased, reaching 72 birds recorded in Qingdao on 5 October 2021, and at least 82 birds were seen again in August 2022 (as on 23 August).

Based on the knowledge of breeding bird behavior, Simba Chan, who studied the breeding colony of the bird for two full seasons in 2014 and 2015, hypothesized that after fledging in the southern colonies (Jiushan, Wuzhishan, Matsu and Penghu), because of parental guidance of a traditional flyway, most Chinese Crested Terns would fly north and stay at the Yellow Sea area from August to October, before they start their southward migration. This was proven by a satellite-tracked Chinese Crested Tern chick tagged in Matsu in 2017 as part of a research project by National Taiwan University (but signal was lost when it reached Jiaozhou Bay of Qingdao on 24 September 2017). It is unlikely another breeding colony of Chinese Crested Tern exists in the Yellow Sea (apart from the Korean site) at present but breeding colonies can be restored from an understanding of breeding biology at the Korean breeding site of Chilsando.

To understand migration routes of the Chinese Crested Tern (and its close relative Great Crested Tern), satellite tracking has been applied at some sites but this must be done with extreme care as there is evidence from migration studies that tagging of birds should be prevented before they start their long-distance migration. Color-banding has proven to be a much safer way to study their migration and more individual data can be collected, but the color code should be well coordinated within the flyway.

At this stage, the following basic color codes were used for Chinese Crested Tern and Great Crested Tern at different locations (some crested terns were fitted with different colors before the banders could obtain the right color bands):

If you find crested terns with color bands please report to Mr. Yat-tung Yu, Coordinator of EAAFP Seabird Working Group (bfspoonbill@hkbws.org.hk) and the banding scheme/center of your country.