The national celebration of World Wetlands Day was held in Seocheon on 19th-20th May 2016. Every year since 2002 , the Ministry of Oceans and Fisheries and the Ministry of Environment jointly organise this event to raise public awareness of the value of wetlands and the need for conservation in Korea. This event brings together a thousand of leaders and decision-makers from governments, civil society, indigenous people, business and academia, with the goal of conserving wildlife including migratory waterbirds and enhancing local livelihoods dependent on wetlands. 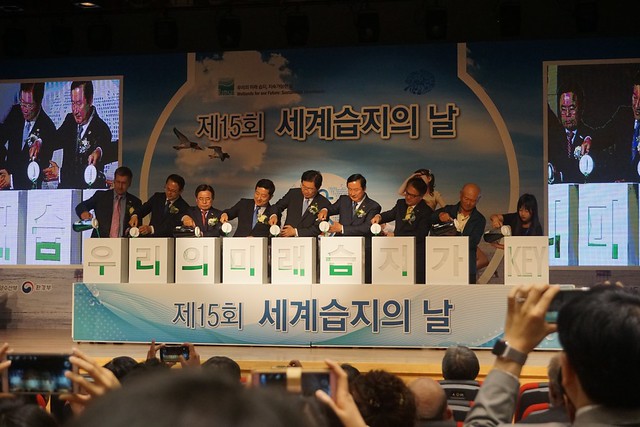 “This national event is a good opportunity for all of us to emphasise again the value of wetlands and the need to conservation. Internationally important wetlands, Geum River Estuary and Seocheon Mudflat support numerous migratory shorebirds that travel between Arctic breeding grounds in Russia and Alaska and non-breeding grounds in Southeast Asia, Australia and New Zealand. With recognition of the importance of conservation of Seocheon mudflat, Geum River Estuary and Yubudo for migratory shorebirds and local livelihoods, wider appreciation of the importance of conservation of intertidal mudflats and marine habitats in Korea is urgently needed among citizens.” Seocheon Mayor Bak-rae No said.

“Many estuaries and bays are disconnected by sea walls and dams in the Chungcheon Nam Do area and Korea. This keeps our wetlands from being healthy and causes problems for local livelihoods, especially the fishing industry. We, the Province welcomed the National Mudflat Restoration Project that the Ministry of Oceans and Fisheries has been leading since 2010. This project will make mudflats healthy again and give benefits to local livelihood and migratory waterbirds.” Vice Governor Seung-Uk Huh from Chungcheon Nam Province said.

“This year’s theme from Ramsar Convention, ‘Wetlands for our future: Sustainable livelihoods’ highlights the vital role of wetlands for the future of humanity and specifically their relevance towards achieving the new Sustainable Development Goals. More than one billion people make a living from wetlands. Livelihoods from fishing, rice farming, travel, tourism, and water provision all depend on wetlands. Wetlands are vital to us in many other ways. They host a huge variety of life, protect our coastlines, provide natural sponges against river flooding, and store carbon dioxide to regulate climate change. In addition, I acknowledge that the estuaries and bays disconnected by sea walls and dams are a major issue. Restoring our mudflats and wetlands is necessary for local livelihoods and our future generation. ” the Minister of Oceans and Fisheries said. [See the video] 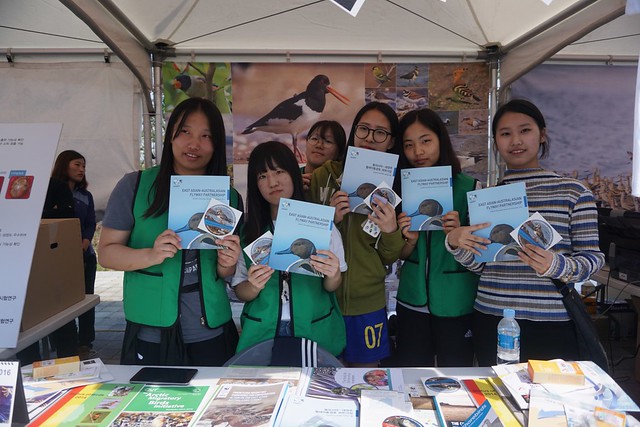 As a part of the national event, the international symposium on Sustainable Management of Wetlands and Eco-Tourism was held for two days at the National Marine Biodiversity Institute of Korea. It was opened by Director General Sang-Keun Song from the Ministry of Oceans and Fisheries (MOF) and there was a ceremony for signing the Work Programme 2016-2018 between Song Sang Keun (MOF) and Harald Marencic (Common Wadden Sea Secretariat, CWSS) to highlight the global importance of the Wadden Sea and the Korean tidal flats. Around 80 participants from governments, non-governmental organisations and technical institutes met to share knowledge and information, discuss emerging issues and build capacity. Representatives from BirdLife International, BirdLife Australia, Royal Society for the Protection of Birds (RSPB), Woodside, CWSS and EAAFP also participated to share best practices and to stress the global importance of Korea’s mudflats are, especially for migratory waterbirds. 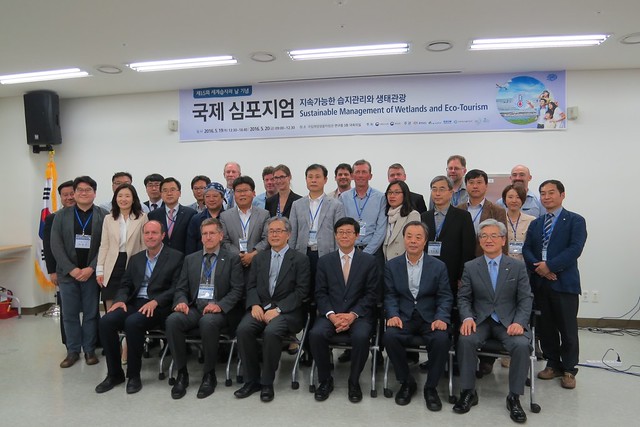 Migratory waterbirds totally depend on intertidal mudflats to complete their migration and to survive. The Yellow Sea mudflat is the narrowing bottleneck for migratory shorebirds. Unfortunately, wetlands are often viewed as wastelands, resulting in habitat loss especially from housing and industrial development. More than 60% of our wetlands, mostly intertidal mudflats, have disappeared in Yellow Sea region during last 60 years. The shrinking of mudflats along the coasts of the Yellow Sea is an increasing problem for numerous migratory shorebirds including Spoon-billed Sandpiper, which can be seen in Geum River Estuary [EAAF100], Yubudo [EAAF101] and Nakdong River Estuary in May and September. Saemangeum used to be a major site for Spoon-billed Sandpiper before the enormous and notorious sea wall was constructed in 2006. This bird is currently a globally Critically Endangered Species of IUCN Red List and Korea’s National Endangered Wild Species Class 1.

A planning workshop for the Geum River Estuary Conservation project between Seocheon County and BirdLife International was also held, with the participation of Woodside, BirdLife Australia, RSPB and EAAFP on 21st May. The Geum River Estuary is an Important Bird and Biodiversity Area (IBA), a Ramsar site, and an EAAFP Flyway Network Site. The long-term conservation plan includes securing World Heritage Site status for the site, and supporting the development of nature based tourism. 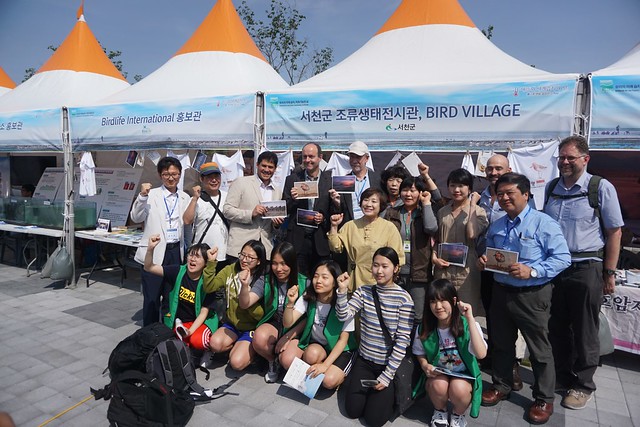