Today we celebrate World Oceans Day as we finally reach 10 million – not dollars, pounds or euros – but valuable data points in the Seabird Tracking Database. Discover how this inspiring international collaboration enables scientists and policy-makers to better understand and protect seabirds. 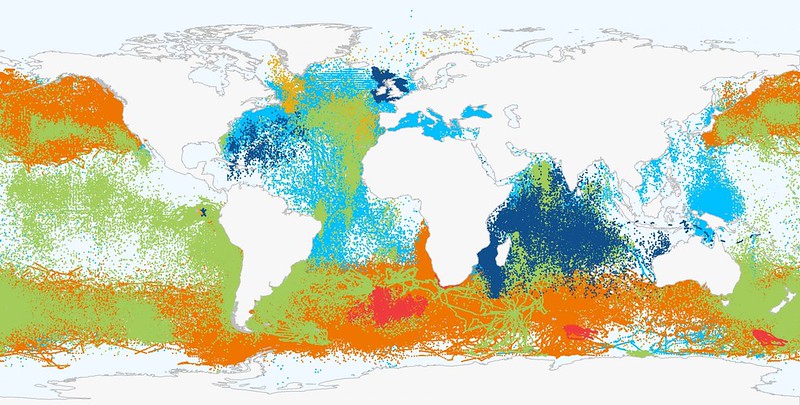 Seabirds undertake some of the most incredible migratory journeys in the world. Take the Arctic Tern, for example, whose travels from pole to pole every year exceed a whopping distance of 80,000 km, or many shearwaters and skuas, with journeys of tens of thousands of km, often across ocean basins. Protecting such highly migratory bird species is a challenge, as different scientists, institutions or NGOs gather local data and try to safeguard their patch of ocean with limited funds.

Inevitably, conservationists can lose sight of the big picture if there’s no place to share the information. This is where the Seabird Tracking Database comes into play. One of the largest conservation collaborations in the world, it was established by BirdLife in 2003, when data on 16 species of albatrosses and petrels were put together for the first time in order to identify the most important places for these seabirds and ensure their protection. 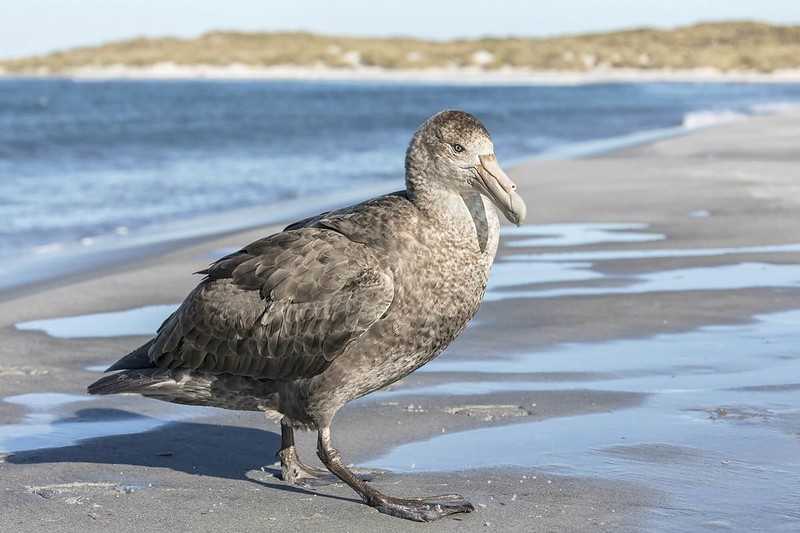 From albatrosses to penguins, petrels and gulls, the tracking database now gathers seabird data from over 120 research institutes (including BirdLife and its Partners), and more than 170 scientists. Data on Critically Endangered species such as the Tristan Albatross Diomedea dabbenena, the Balearic Shearwater Puffinus mauretanicus and another 36 globally threatened species are regularly registered in the database. In total, the database holds information for 113 species in more than 10 million locations.

A symbol of the collaborative nature of the database, the ten millionth data point comes from a dataset owned by two contributors: Dr. Jacob González-Solís (Universitat de Barcelona) and Dr. Peter Ryan (Percy FitzPatrick Institute of African Ornithology, University of Cape Town). Number 10 million was a data point of the Southern Giant Petrel Macronectes giganteus, a seabird with an impressively ample distribution that ranges from Argentina to Australia.

“Without the sharing of the data by several seabird scientists, this unique conservation resource would simply not exist”, said Maria Dias, BirdLife Senior Marine Science Officer.

Some species receive more attention than others – submissions for Cory’s Shearwater Calonectris borealis, Black-browed albatross Thalassarche melanophris, Black-legged Kittiwake Rissa tridactyla and Northern Gannet Morus bassanus are the most common. The bird that was tracked for the largest period of time was a juvenile Tristan Albatross Diomedea dabbenena, whose five tracks give you a remarkable picture of its distribution.

But how does the database help save seabirds?

The World Ocean’s Day theme this year is Our Oceans, Our Future, but for us looking back at the past journeys that seabirds have made identifies special sites at sea and informs our future conservation actions.

Of course, we are not just hoarding data in the name of science: data gathering achieves much more than unlocking the secret life of seabirds and their ecology. Datasets enable the science that underpins most of our marine work – from tackling seabird bycatch to designating marine protected areas.

Only since 2016, from the latitudes of the Northeast Atlantic to the Antarctic Peninsula, more than 100 new marine Important Bird & Biodiversity Areas were identified, aiming to protect special sites for more than 90 seabird species. Most of these vital sites for life could be pinpointed thanks to seabird tracking data.

“Joining datasets collected by different teams, in several colonies and for multiple species enable us to have a much more comprehensive approach in tackling the major conservation problems faced by seabirds”, said Ana Bertoldi Carneiro, BirdLife Marine Technical Officer. 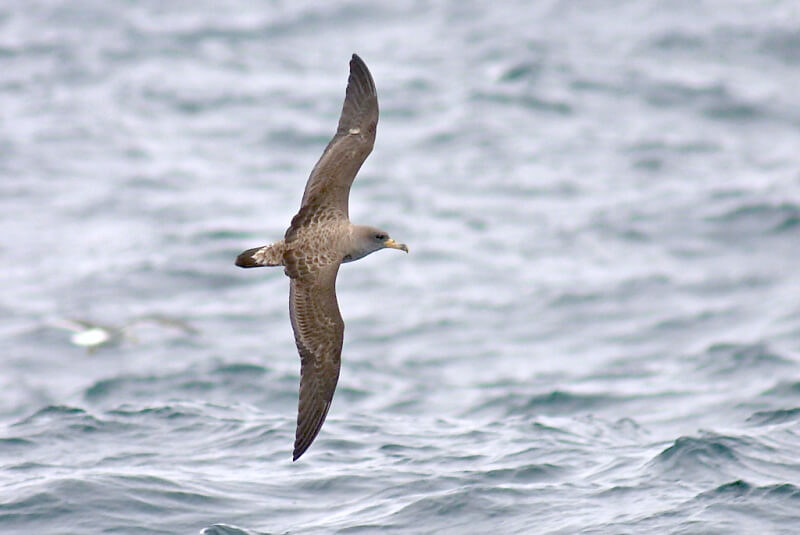 Looking for specific examples, we can travel to Senegal. It’s January 2016, in the heat and bustle of BirdLife’s Dakar office. The Alcyon Project, funded by the MAVA Foundation and aiming to identify the most important marine sites in West Africa, enters its final year. At this point, almost all tracking datasets were safely stored in the Seabird Tracking Database.

Only one “little” thing missing – the analysis of thousands of bird locations, to delineate, for the first time, the foraging hotspots for seabirds in the region. The efforts bore fruit: 13 new marine IBAs identified, another four updated, for local celebrity species such as Cape Verde Shearwater, as well as noble visitors from north and south, including Arctic Tern and South Polar Skua.

Skipping north some thousands of kilometers, but still in the Atlantic, we will find here Arctic Terns having a stopover during their long-distance migrations, but also millions of other seabirds. Welcome to the Evlanov Seamount & Basin marine Important Bird and Biodiversity Area, identified with the help of more than 60 seabird scientists. Over 20 seabird species occur here, including the threatened Atlantic Puffin, Bermuda Petrel, Northern Fulmar and Zino’s Petrel.

The area is also frequented by some of the ocean’s most iconic creatures such as Blue and Mako Sharks, Atlantic Bluefin Tunas, Leatherback Turtles and Sei Whales. This site has been proposed to be declared as a Marine Protected Area (MPA) and if accepted, it would be the first of its kind in the high seas to be identified using seabird tracking data as the main source of evidence.

And finally, penguins. They are seabird stars this year for BirdLife as we raise awareness of their plight, but our work with them started years ago. In collaboration with the British Antarctic Survey and several scientists, with the support of the UK Government’s Darwin Initiative and of the Pew Charitable Trusts, we last year compiled tracking data for three species breeding in the Antarctic Peninsula.

The result was a network of marine sites for gentoo, chinstrap and Adélie Penguins, the first of its kind in these cold waters.

10 million is an impressive number but it’s no time to lower the guard – this is just the beginning! Scientists will continue working hard to collect more information for seabird conservation. Many seabird hotspots are still to be found, but we must first advocate for the protection and management of these special sites already identified. Funding is key and if you want to help, contributing to our penguin campaign is a good place to start.