Protection of an important wetland

On the Chinese high plain around the megacities of Beijing, Tianjin and Hebei, the Hengshui Lake [EAAF085] forms a significant retreat for rare species of birds and a habitat for many fish. On behalf of the German Federal Government, KfW promotes the management of a protection zone at the Hengshui Lake with a total of around EUR 12 million. This protection is becoming all the more important as more and more tourists are choosing the lake as a trip destination.

The Hengshui Lake was created by artificial damming in 1949, but it has developed into a significant biotope. Not only rare species of duck, but also many other types of bird and fish have made it their habitat. At the same time, the lake is used intensively: about 300 fishermen catch carp and crucian carp there, and are also renting out more and more boats to tourists. The people from the three neighbouring cities use the wetland as a leisure destination. While the lake was already visited by over one million tourists per annum in 2013, up to three million annual visitors are expected as from 2018, because the lake will then be accessible with a fast train from Beijing.

The lake measures 75 square kilometres and has been under protection since the year 2000, but there was scarcely any monitoring of compliance with the regulations of use. On behalf of the Federal Ministry for Economic Cooperation and Development (BMZ), KfW is supporting the production of a management plan and its implementation. The management plan regulates how the planned investments and protective measures are implemented. It is developed together with the local residents. An environmental centre is to be developed on an island in the lake in order to explain the nature on site to the visitors, and especially to schoolchildren. In addition, a concept is being developed for monitoring the stocks of birds and fish.

Almost 20,000 people live close to the lake, and many of them have built up offerings for tourists. Sustainable use of the lake will provide and safeguard possible sources of income for them in the future. The lake will also be used as a source of drinking water, and accordingly will be strictly protected. Part of the KfW measure is also the improvement of the water quality in the lake, such as by creating a receiving body of water where nutrients are removed from the incoming water so that the lake does not become over-fertilized. Another basin is also due to be flooded in order to top up the groundwater reservoir. These measures will secure a long-term supply of drinking water for the local residents. 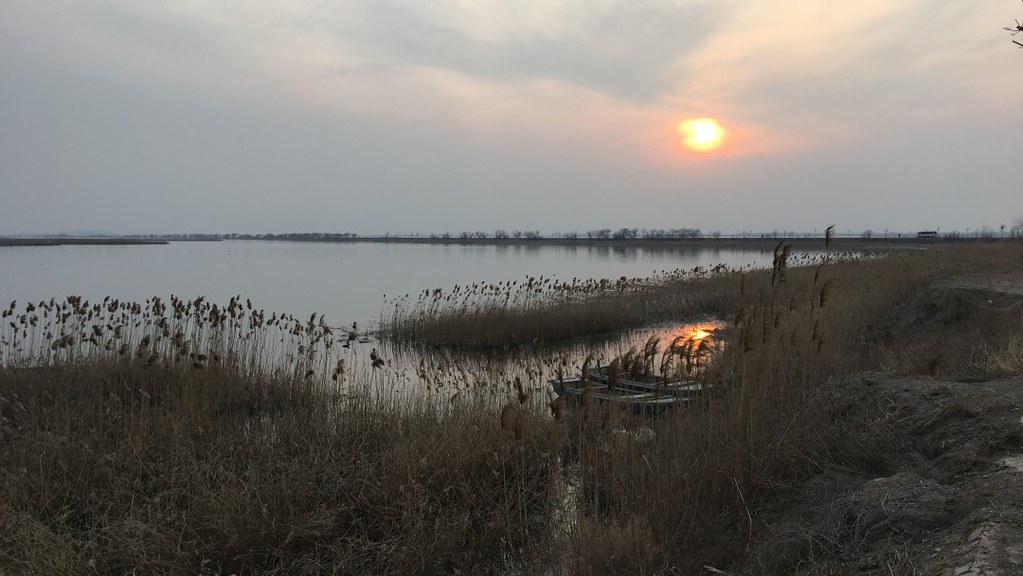 The Hengshui Lake in China is man-made, but has developed into a significant retreat for rare species of birds. © KfW Development Bank / Karen Möhring