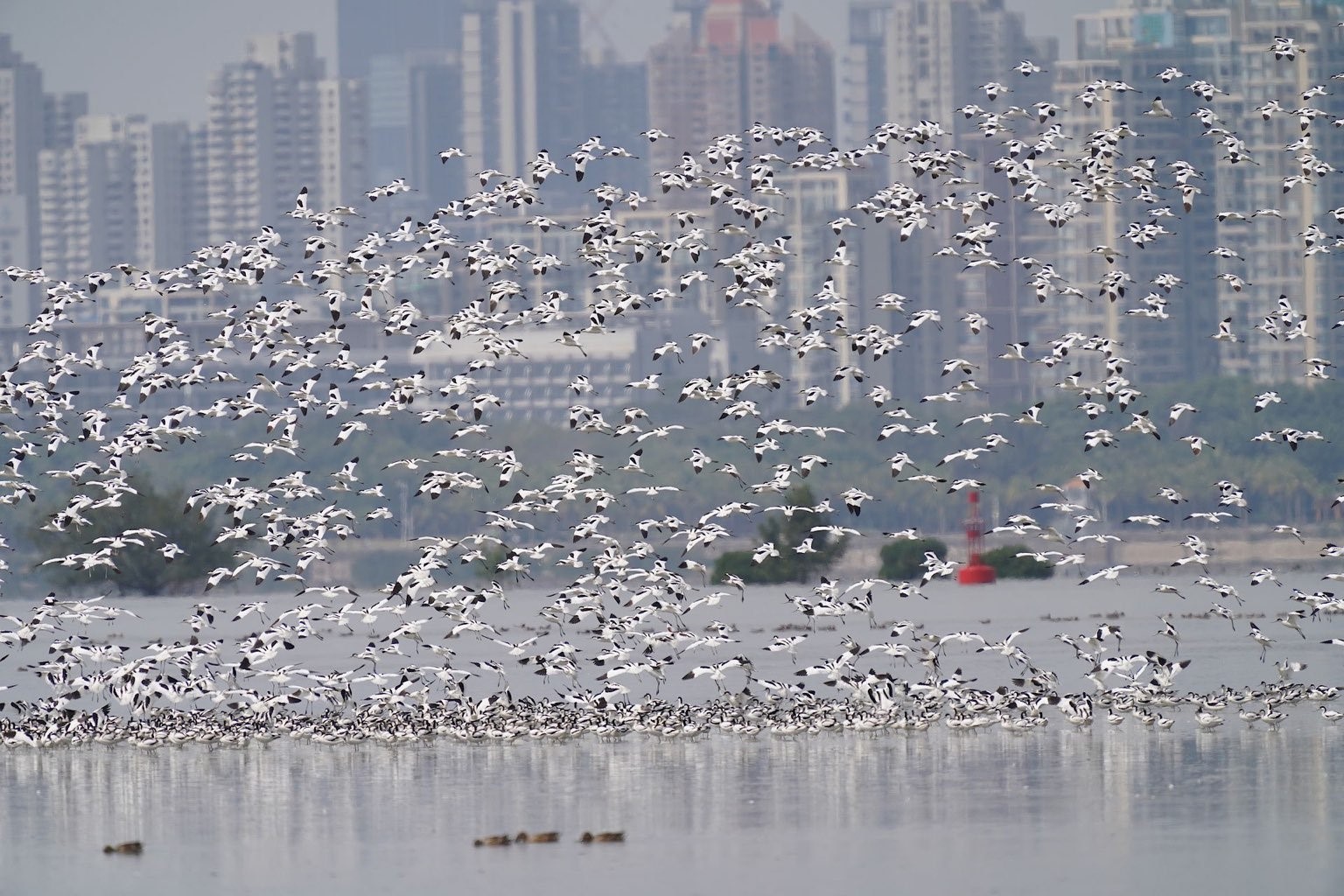 Along the East Asian-Australasian ﬂyway (EAAF), waterbirds are threatened by a wide range of environmental and anthropogenic factors. Habitat transformation along the coast of China, especially in the Yellow Sea area, has caused prominent declines of several species. Besides, waterbirds of the EAAF also experience a wide range of other threats, including hunting, alien invasive species, pollution, and climate change. Long-term monitoring data, especially birds, would provide insights of the impact of environmental changes to the nature, not only at local level, but regional level. 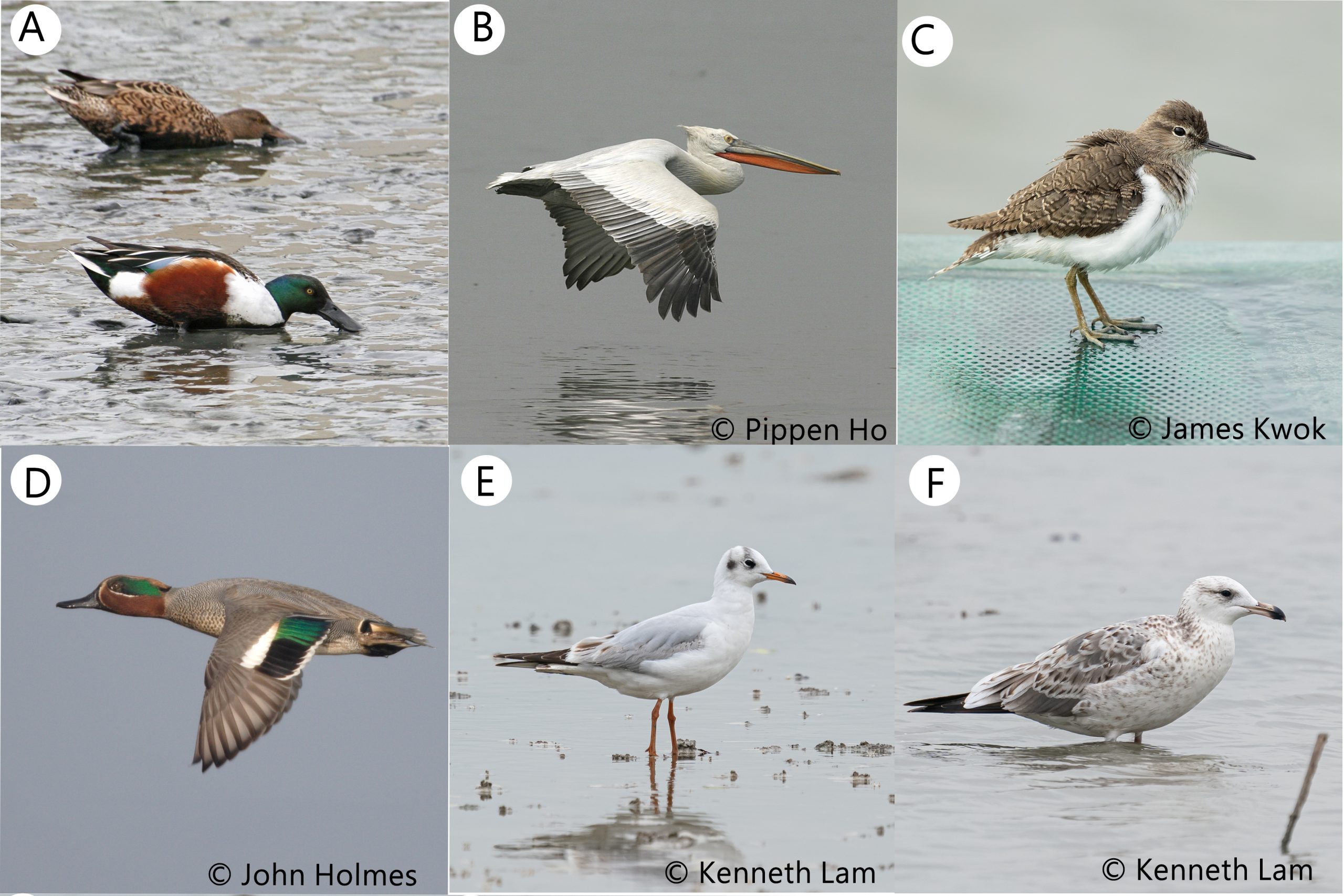 Ecologists have attempted to quantify the population trends of migratory waterbirds in China, but the trends of nearly half of species were unknown because of the lack of long-term, systematic data. Given that the Hong Kong Bird Watching Society (HKBWS, EAAFP Partner) started to conduct surveys on wintering waterbirds in the Deep Bay area since 1979, the dataset is from the longest (≥20 years) systematic survey of wintering waterbird populations along the coast of China. HKBWS, collaborated with the Lingnan University, made use of this 20-years waterbird survey data for evaluating the impacts of different threats along the EAAF. 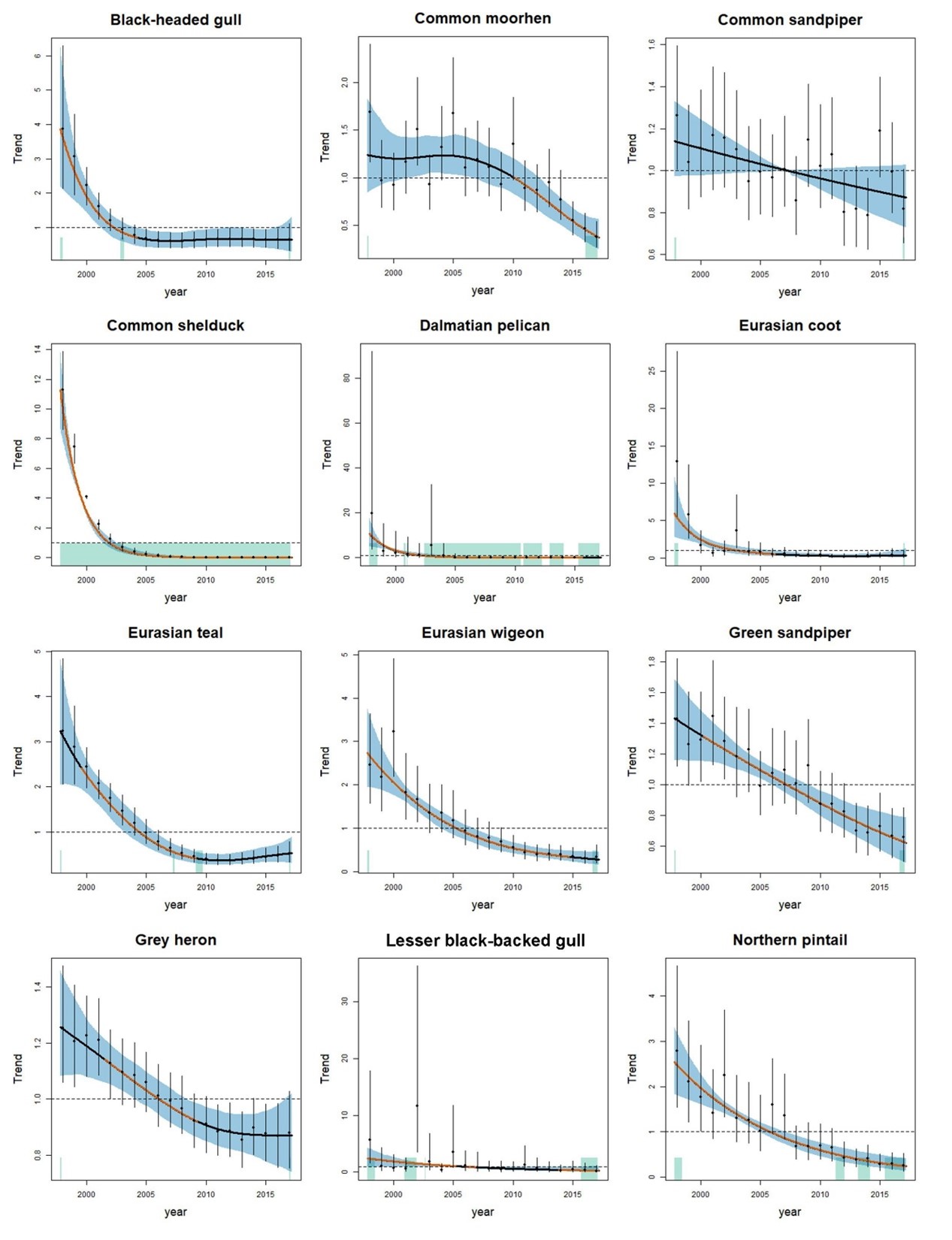 Fig. 2. Population trends of twelve species of wintering waterbirds that showed a significantly decreasing trend from 1998 to 2017 in the inner Deep Bay area.

Remote sensing images confirmed that the habitat changes of the Deep Bay area were relatively small over the two decades. Thus, the detected population trends of many waterbirds may possibly be associated with their breeding grounds and stopover sites. The researchers found that species breeding in Southern Siberia declined more than those breeding in High Arctic. It is possible that Southern Siberia experienced region-wide habitat degradation. In addition, species relying Yellow Sea as a staging site declined more than other species, which had been repeatedly reported by previous studies along the EAAF. Urgent conservation actions are essential to reverse the negative impacts of the rapid habitat loss and degradation in the area, especially coastal reclamation. Lastly, larger species declined more than smaller species, as large species are favored by contemporary hunters.

These findings support the continual preservation of wetlands in the Deep Bay area. The study provides another case study showing that data collected from wintering sites provide insights on the threats along migratory pathway and inform conservation actions. As such, we encourage population surveys in the EAAF to continue, particularly along the coast of China.