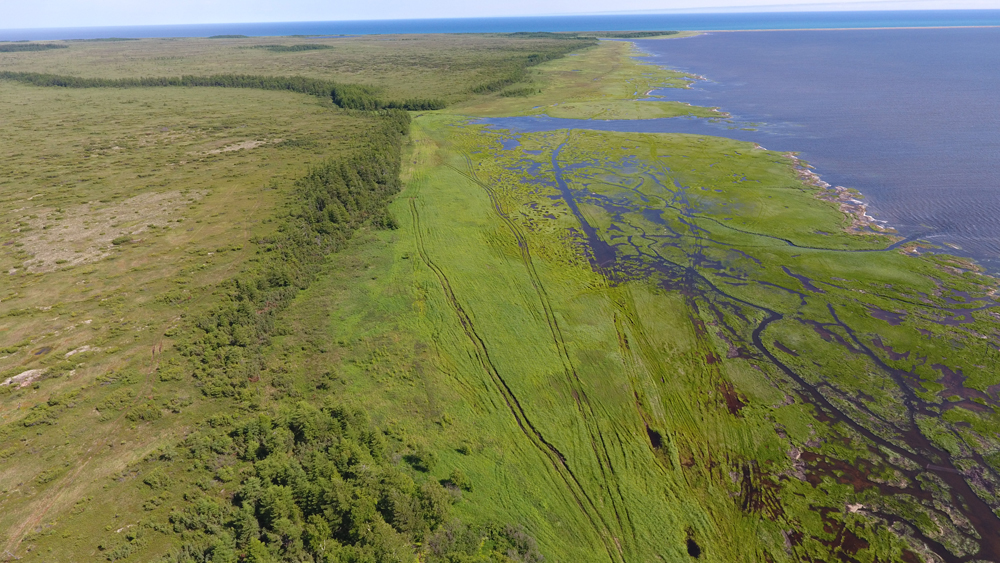 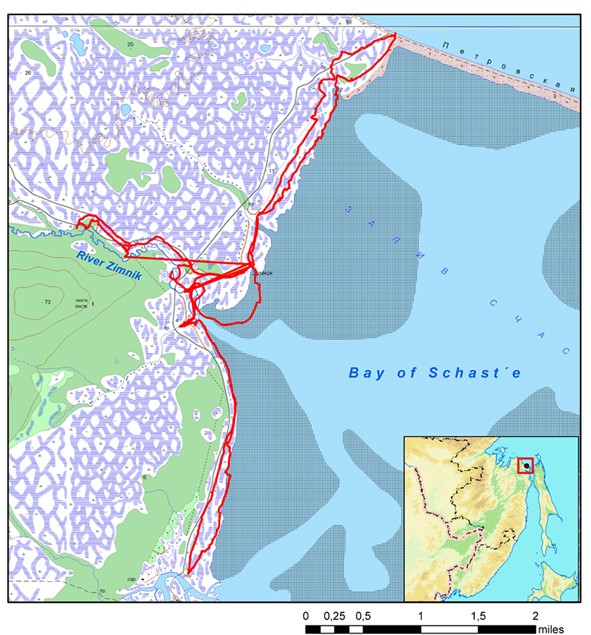 Fig 1. Scheme of the work area and summer survey routes at the study site in northwestern Schaste bay. © Konstantin Maslovsky and Vladimir Pronkevich

During the spring we searched for uninhabited tree nests in the hopes they will help us find Nordmann’s Greenshank nests during the summer. We found 46 nests belonging to 8 species (Fig 5). One was a nest of a Nordmann’s Greenshank, but it remained inactive during the summer. Nordmann’s Greenshanks arrived to Schaste Bay on 19 May. Nine breeding pairs were present on our study site, of which several were banded with engraved flags the previous year. Birds P1 and P2 nested together in consecutive years: we trapped them together with chicks and 2019, and on 19 June 2020 we found their nest on the ground of an inland bog (Fig 11). The pair produced three chicks, which we later observed alongside P1 on the coastal meadows and mudflats of our study site. This ground nest is the first ever found for the species and highlights how little we know about their breeding ecology. In the three years of the project, we found only 6 nests: two active and 4 inactive. Finding nests is extremely difficult due to the Endangered species’ low density and how arduous it is to traverse the vast wilderness. Possible limiting factors include the abundance of predators: the nest we found in 2019 was depredated by a Large-billed Crow (Corvus macrorhynchos), and the same year we found the remains of a two-week-old fledgelings depredated by a Short-eared Owl (Asio flammeus). 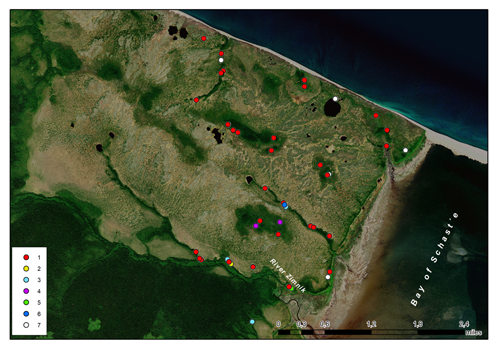 Fig 11. The first ever Nordmann’s Greenshank’s nest found on the ground. © Konstantin Maslovsky and Vladimir Pronkevich

From 5th to 8th July 2020, we surveyed near the estuaries of the Chorniy, Avri, and Komel Rivers along the southwestern coast of Schaste Bay. In total, 76 Nordmann’s Greenshank were counted, of which 60 were migratory individuals, and the other 16 representing approximately 12 pairs. In 2018 we banded 1 chick, and in 2019 we modified our trapping methods and banded 7 adults and 8 chicks. Five of the seven adults returned to their breeding grounds in 2020. Thus, it seems the species is highly site-faithful. Unfortunately, we did not resight a single individual banded as a chick. In 2020, we banded an additional 2 adults and 1 chick. The low number of additional banded birds was due to a high site fidelity of already banded individuals. After the breeding season, five of these birds have been spotted in Tiaozini, China, and another near Hwaseong Wetland Flyway Network Site, South Korea. On 1 December 2020, one of our banded individuals was seen in northern Sumatra by Iwan Londo. However, the bird could not be identified to individual-level. Out of the 10 banded chicks, none has been resighted anywhere along the flyway. This could be due to low juvenile survival rate or the inconspicuous chick banding scheme (only one metal and one colour band) for observation. 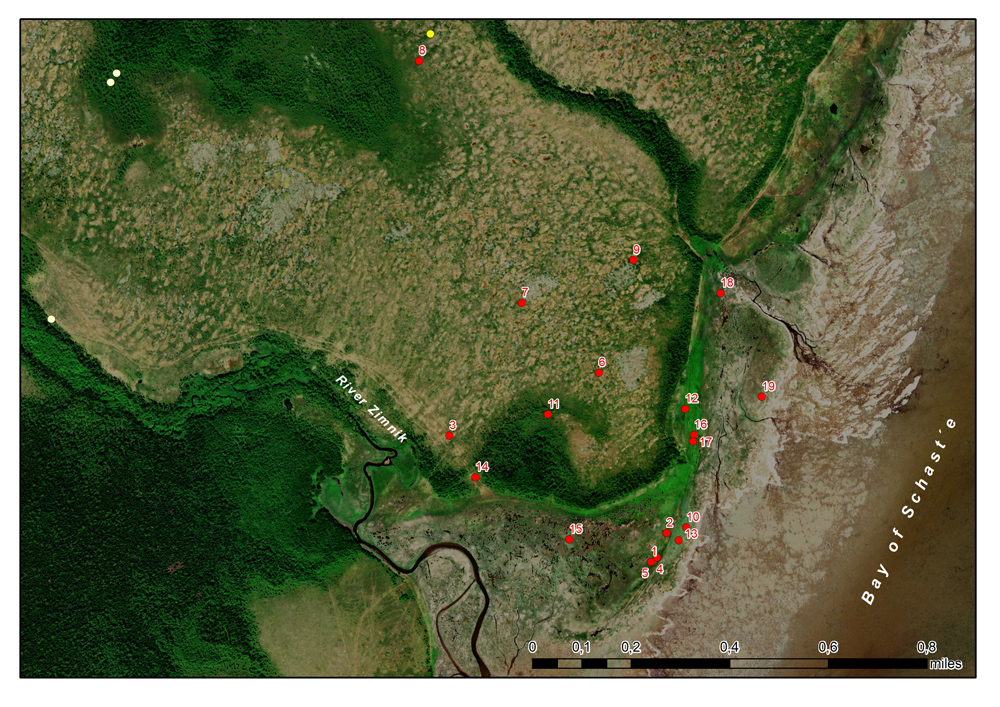 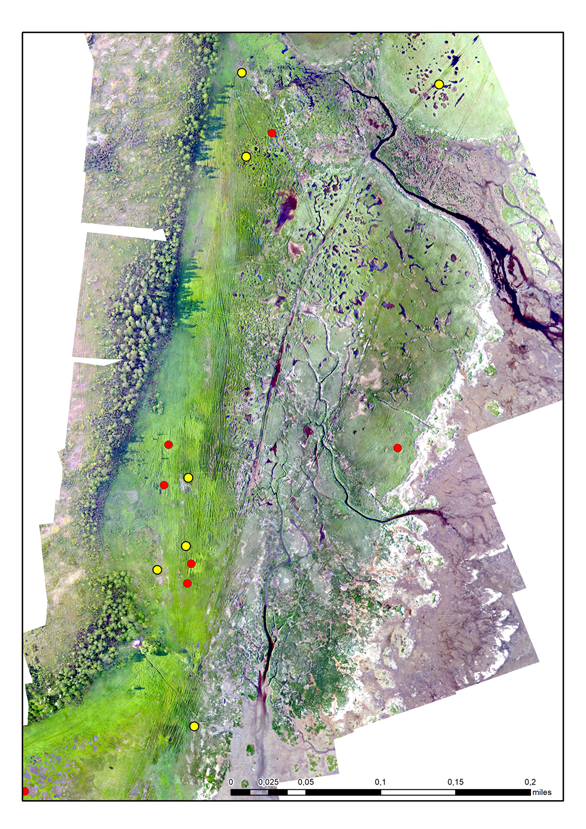 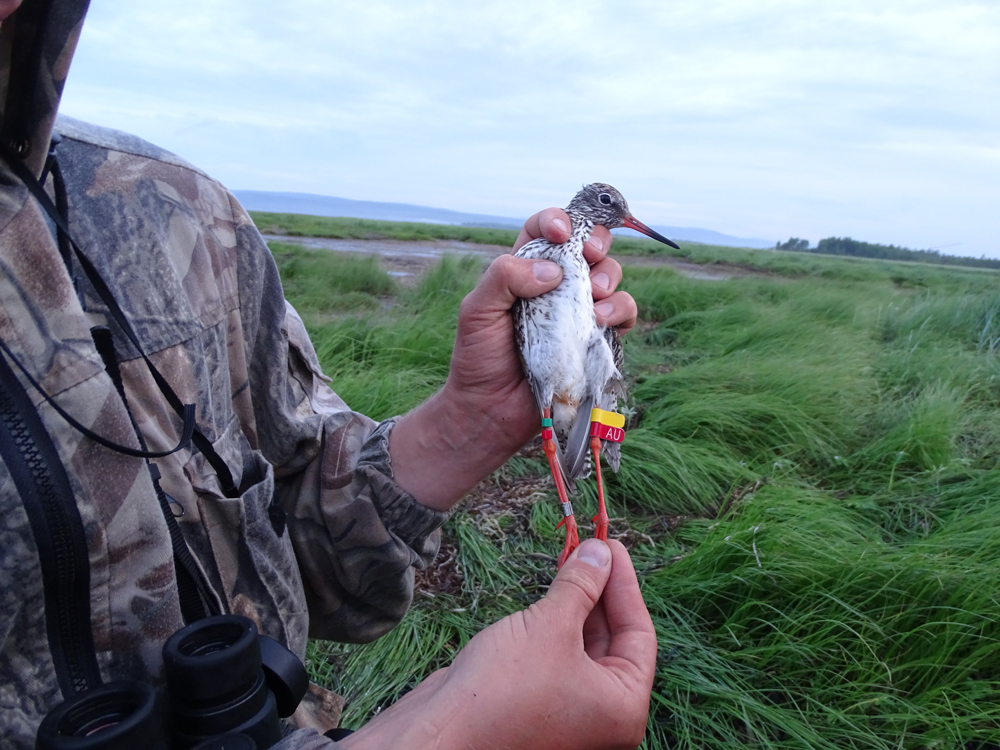 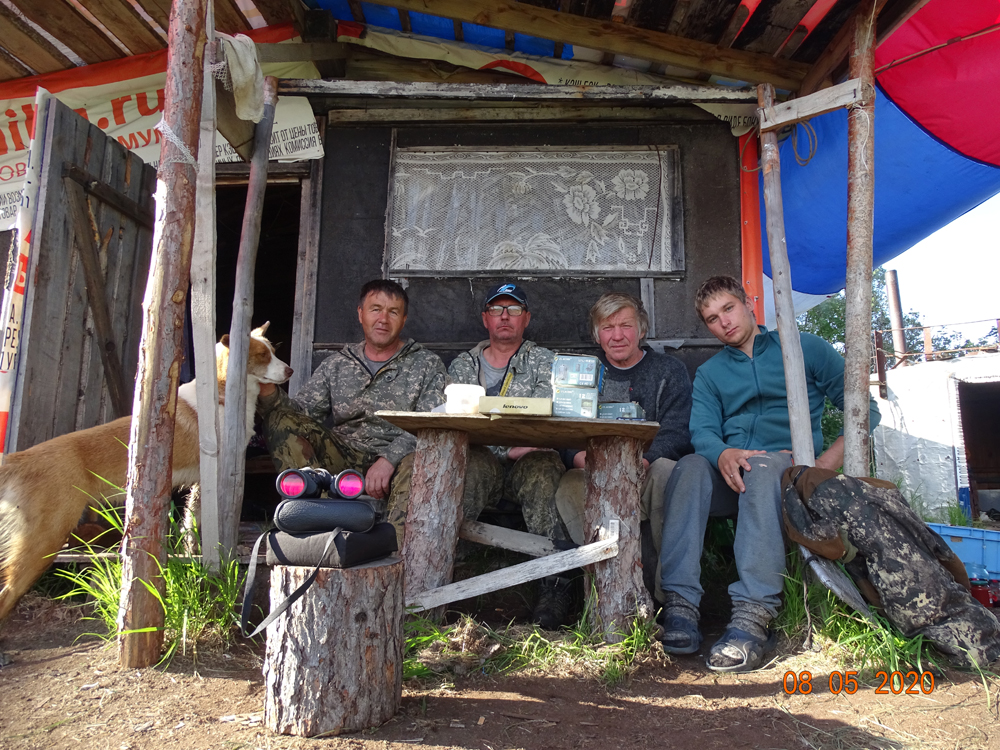 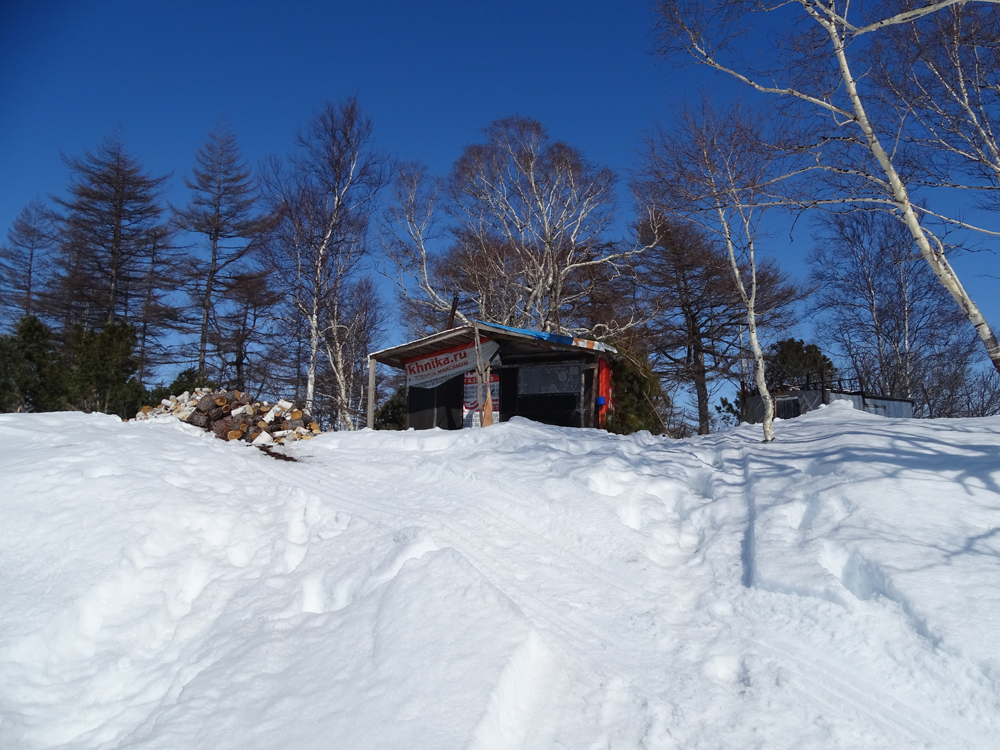 The research team on the shores of the Sea of Okhotsk in early April 2020. © Konstantin Maslovsky and Vladimir Pronkevich

The study site during the high tide. © Konstantin Maslovsky and Vladimir Pronkevich

Redshanks arrived to their breeding grounds on 17 May. Nesting likely started in early June and we found our first Redshank nest 9 June, still in the laying phase. Throughout the study sites we found 19 nests, and 6 more in southwestern Schaste Bay during surveys. The last hatchings occurred on 27 July, and last fledging was likely in late August. In the three years of the project we banded 40 adults (8 in 2018, 15 in 2019, 17 in 2020) and 39 chicks (7 in 2019 and 32 in 2020). All banded birds were morphologically measured and had genetic samples collected. We would like to use morphological measurements and genetic samples to determine the sex of individuals in the future, as well as determine the geographical variation of this Redshank subspecies (T. t. ussuriensis). Over the course of the 2020 season we observed 9 of 15 Redshanks banded in 2019, with # nesting again within the study site. Despite the high number of banded individuals, not a single Redshank has been resighted throughout the Flyway. 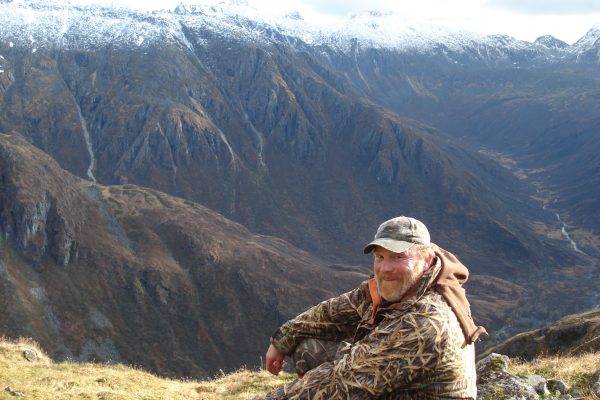 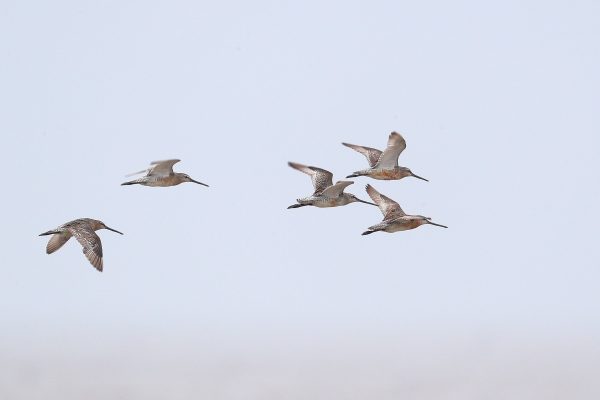 Lianyungang, an important yet overlooked stopover site in the southern Yellow Sea