News from the field: Chick of headstarted pair spotted

On the 24 July, Ivan reported seeing a Spoon-billed Sandpiper with a white leg flag around 200m north of the release pen. Being aware that the headstarted pair White 0C and U6 had recently hatched two chicks (Light green U6 and Light green V6) from a replacement clutch of four eggs, Nikolai went to investigate. The bird in question was White U6, the female from the successful pair, which was resting close to the edge of Lake Pekulneyskoe prior to migrating south, having now finished with her breeding duties. 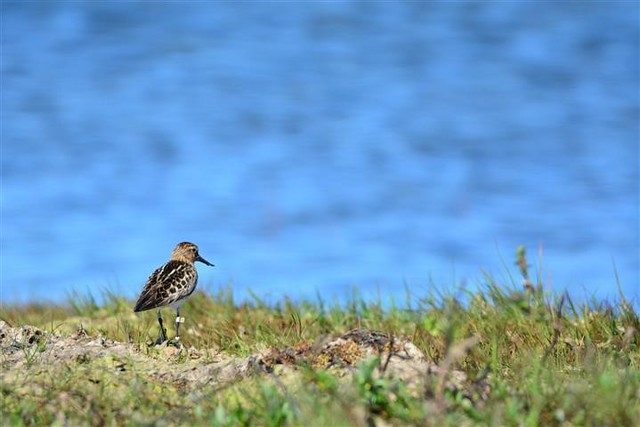 After photographing U6 from a respectful distance, Nikolay went to the area further to the north to see if 0C was still in its breeding territory and if any of the chicks were still alive. After some careful searching Nikolai was greeted with the sight of 0C and one of the chicks (Light green U6) alive and well, feeding along the edge of an area of marsh. 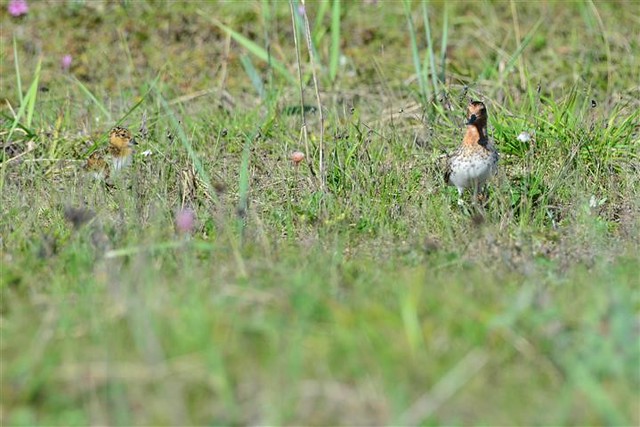 This is great news as this is the first case of a headstarted pair successfully hatching chicks. Whilst being observed, 0C was seen and heard to give alarm calls when a Vega Gull passed over head, warning the chick to hide until the threat had passed. We’re all keeping our fingers crossed that he’s able to rear this chick to fledging.

Release update coming soon! We haven’t yet heard from Roland if the release happened as planned yesterday. Fingers-crossed everything when to plan.