On 24 June, the final clutch of eggs was collected from the plain at the foot of the moraine hills close to the village, making a total of 38 eggs collected. This is amazing because at one point earlier in the season when the floods were inundating territories (particularly in Angkavie), we were even wondering if we’d be able to collect 24 this year. 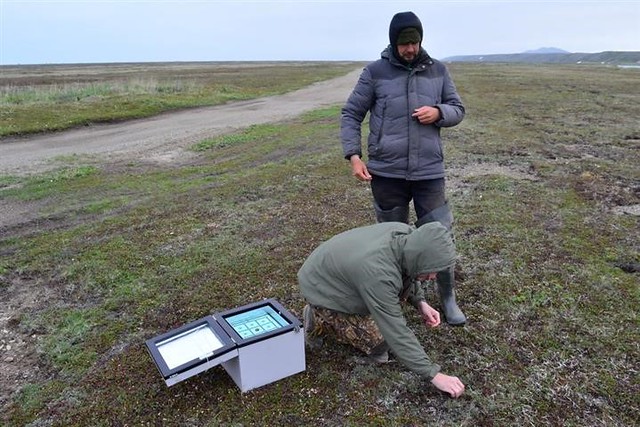 Ivan and Yuri making the final collection on 24 June 2017. Photo by N. Yakushev.

Whilst most things have gone smoothly this year, there have been at least two clutches with very thin shelled eggs – one case with clutch collected for headstarting and another in a later uncollected clutch. Nobody’s exactly sure of the reason for this except for the obvious not enough calcium. Perhaps in some way this year’s environmental conditions have limited some female’s ability to access the required amounts of calcium to produce strong eggs? After candling all eggs yesterday, there are 35 with live embryos although one of these is a particularly thin shelled egg currently being incubated in the wet incubator which will not survive through to hatch. The other 34 eggs all look very healthy and with the youngest now 10 days old, we’re through the stage where we lose embryos during the vulnerable first third of incubation. Whilst being careful not to count our chickens (spoonies!) before they hatch, we’re hopeful for a good number of chicks this year. 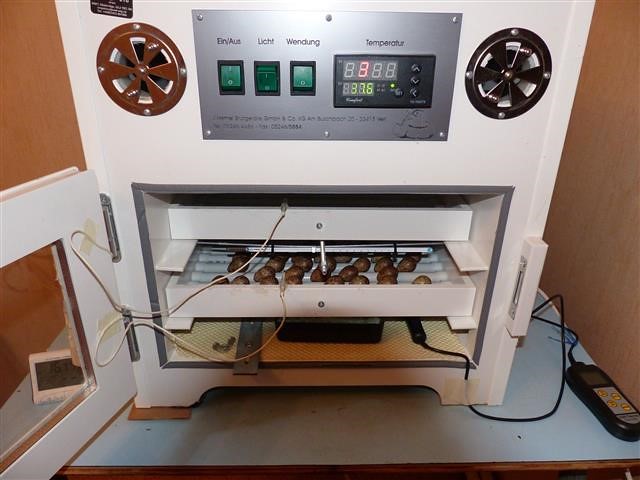 Other news is that after the river mouth was opened on 15 June, the flood has finally started to recede. Yesterday (25 June) I visited the release site with Yuri and, for the first time, I was able to wade to the release site (although it was still under around 60 cm of water). The water level is going down quickly and hopefully by 1 July it will be low enough to clear the release aviary trenches so we should at least be able to get the pen frame up before eggs start hatching around 4 or 5 July. 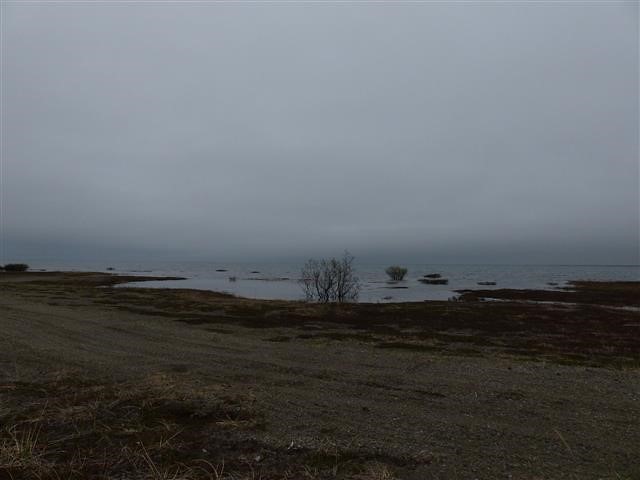 The release site at the monument marsh with receding flood water on 25 June 2017. Photo by Roland Digby/WWT.

Finally another bit of good news. We have resighted another headstarted bird – pink left (2014 male) – at the western oil drills bringing the total of headstarted birds observed this year to eight. 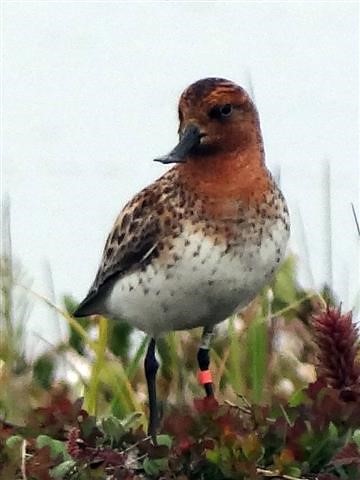