The Global Flyway Network Great Knots wearing satellite transmitters that were issued in NW Australia, have started their southward migration back to Australia! Two Great Knots choose to stage at Shchastya Bay, and two in estuaries in W Kamchatka.

Very excitingly, one Great Knot, nick-named “Green” has been photographed by our team member Dmitry Dorofeev who is working in the Khairusova-Belogolovaya estuary in Kamchatka right now. 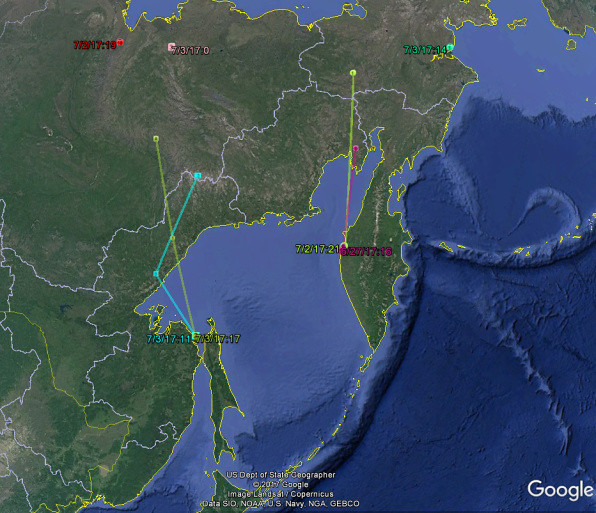 Locations on July 2, 2017 of Great Knots staging at Shchastya Bay (two individuals), and in W Kamchatka (two ind, read more about the bird with the green track below). Three Great Knots were still breeding: one is 60 km north east of estuary near the town Anadyr; two other birds were 200 km south of Yala Bay.

Dmitry Dorofeev (from All-Russian Research Institute for Environmental Protection and PhD student in Moscow State University) is at work in Kamchatka studying the post-breeding migration. He reports:

“We started our observations at Khairusova-Belogolovaya estuary 27 June. We focus our work on Great Knots, Black- and Bar-tailed Godwits.

At this time, the most abundant species here is Great Knot – as much as 22,000–24,000 birds. We think these birds are mainly non-breeders or failed breeders. We counted also about 4,000 Black-tailed Godwits and 400 Bar-tailed Godwits. And we found about 280 Far-eastern Curlews resting at the high tide roosts. Dunlins, Red Knots and Red-necked Stints are present but in low numbers. 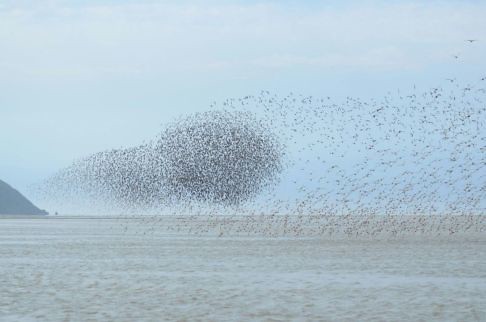 Besides counting, we search for individually marked birds in the flocks. In total we have already re-sighted more than 200 individually marked Great Knots. Most of these birds were caught and marked at their wintering sites in NW Australia but also we observed marked birds in other areas in Australia (Northern Territories, Queensland), Philippines, Thailand, Taiwan, China, Japan and Kamchatka (Russia). Several Black-tailed Godwits from NW Australia and Kamchatka were re-sighted too. 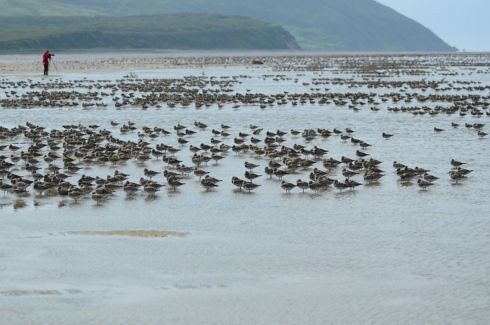 The most successful day was 4th June. We re-sighted about 5 individually marked Black-tailed Godwits and 55 Great Knots, and one of them – coded 7LLYL – had a satellite transmitter!”. 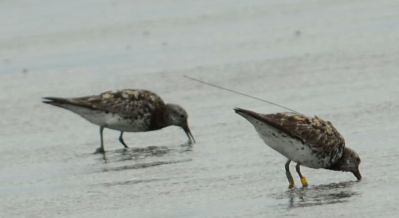 Fantastic photo from Kamchatka including a satellite-tagged bird. This Great Knot 7LLYL (“Green”, with tag ID 59) was issued a transmitter in NW Australia in in October 2016. © Dmitry Dorofeev

Great Knot 7LLYL (tag ID 59 – name Green because he is represented by the light green track on the maps) is a male that has been carrying a solar-powered satellite transmitters since October 2016. In spring “Green” migrated north via Taiwan, where he was also photographed. He has been breeding in southern Chukotka (see below map). Since “Green” was photographed in W Kamchatka last week he has moved on to Shchastya Bay. 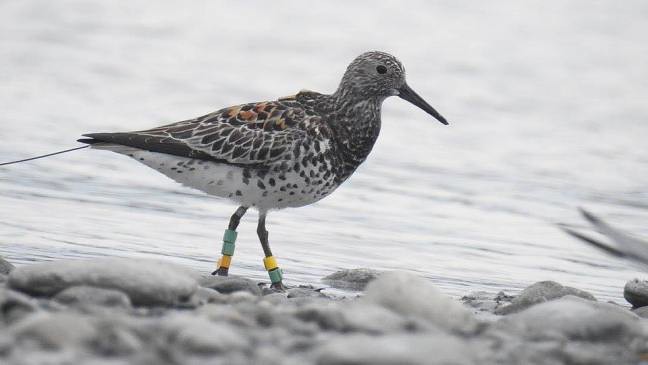 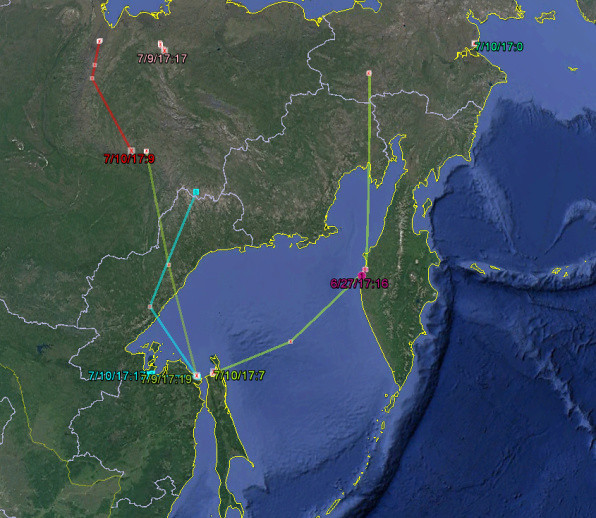 Locations on July 10, 2017 of Great Knots. Great Knot 7LLYL, alias “Green”, has now left W Kamchatka and is in Shchastya Bay – which now hosts three birds. The most northerly location of Green has been his breeding site for this year. We’re curious to learn whether he will return there next year!

We also want to congratulate Dmitry with the short film about his work and details about a very interesting re-sighting of one of his birds in the Arabian Gulf, which can found on this YouTube channel. More on this topic can be found at website of the International Wader Study Group.

Thanks to Dmitry Dorofeev for Whats’apping the photos from his remote field camp.

Thanks for Nicola Crockford semi-daily updates of the whereabouts of the birds on her Twitter account @Numenini! 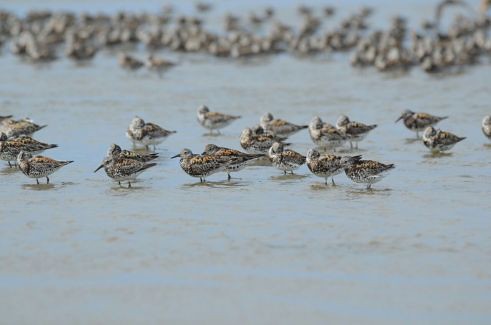