At the recent New Zealand Bird Conference representatives from Pukorokoro Miranda Naturalists Trust (PMNT) and the Department of Conservation (DOC) took the opportunity to hold a National Flyway Partnership meeting held on 3 June 2017.

David Lawrie from PMNT and Bruce McKinlay from DOC took the lead and promoted an open relaxed side meeting at the Conference.  The agenda included a more detailed debrief on the recent PMNT expedition to the Democratic People’s Republic of Korea (DPRK) and the results of another successful survey along the West Sea. David Melville and Adrian Riegen presented a paper to the conference on the progress with the Survey work there.  A highlight of this was hearing about the successful deployment of bands on Whimbrels in DPRK.  These bands were supplied by the NZ Department of Conservation as part of its ongoing support to the PMNT surveys and relationships in DPRK. We also reflected on recent workshops in DPRK relating to the DPRK application to join the Ramsar Convention.

The Partnership meeting also discussed strategic initiatives to raise the profile and level of protection for the migratory shorebird resources in the Manukau Harbour.  The Manukau Harbour supports the largest populations of trans-equatorial migrants in NZ and is also adjacent to Auckland City.  Developing the nomination form for a Flyway Site nomination was agreed as an action point. Additionally an exercise was initiated to map the extent of the key shorebird areas within the harbour.

Additionally the National Partnership agreed on initiating work to promote domestic protection of key wader sites at the Manukau Harbour.  We discussed in some detail the identification of these sites and what options there were to protect them from adverse human orientated activities such as dogs and windsurfing. 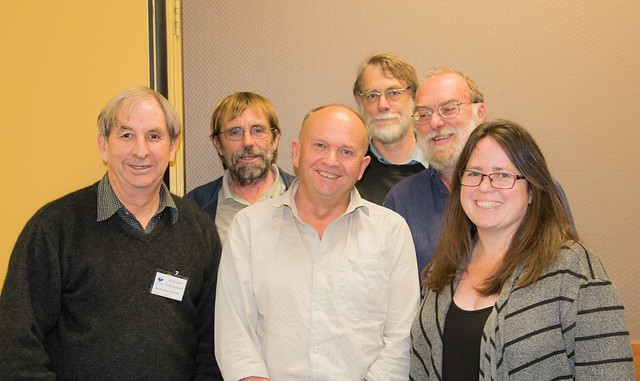