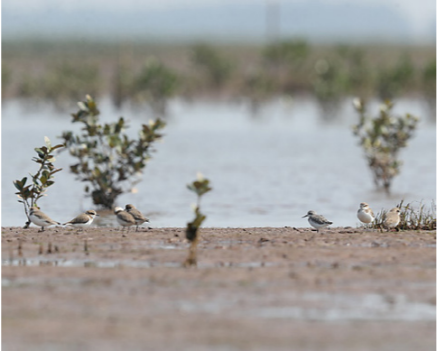 The coastal wetlands along the shallow Gulf of Tonkin spanning northern Vietnam and southern China (including the island of Hainan) are known to provide critical wintering habitat for several species of globally threatened waterbirds in the East Asian-Australasian Flyway (Pedersen & Nguyen 1996; Li et al. 2020). These include significant congregations of Saunders’s Gull Saundersilarus saundersi, Black-faced Spoonbill Platalea minor and the Spoon-billed Sandpiper Calidris pygmaea (Pedersen & Nguyen 1996; Pedersen & Nielsen 1998). Many of the most important wetlands in Vietnam have been inventoried and identified as Important Bird and Biodiversity Areas (IBAs) by Viet Nature and BirdLife International in 2002 (BirdLife International & Forest Inventory and Planning Institute 2001; Tordoff 2002; Tordoff et al. 2004). However, there are large gaps in knowledge in the distribution and current status of threatened migratory species in many of these wetland sites, thereby hampering their long-term conservation.

In Vietnam, the Spoon-billed Sandpiper was formerly known to occur regularly on the Gulf of Tonkin coastline (especially in Xuan Thuy National Park and the coast of Thai Thuy, see also Nguyen et al. 2000; Tordoff 2002; Zöckler et al. 2016; BirdLife International 2021) but there have been very few recent records until four individuals (nearly 0.7% of the known population) were surveyed and documented by the BirdLife Partner, Viet Nature over the winter of 2020-2021 during Black-faced Spoonbill-focused monitoring surveys (Le, T.T. in litt). A well-known satellitetracked individual, ‘KY’ staged briefly in the coastal wetlands of Haiphong in the winter of 2019-2020, and another tracked individual ‘KT’ staged just further north for a week in December 2017 (Chowdhury, S.U. in litt.), and suggested that that the species may occur here more regularly without being detected. To better understand the conservation status of wintering Spoon-billed Sandpiper and other migratory waterbird congregations in the coastal wetlands in northern Vietnam, we undertook a series of rapid exploratory surveys over the mid-winter period in 2020-2021 (January) with a focus on the extensive coastline between Ninh Binh (Day River) and Quang Ninh provinces, which has been identified through spatial modelling where the species may occur (Weston, J. in litt.).

We found a maximum of four Spoon-billed Sandpiper in Hai Phong, in Cat Hai District during our surveys (Figure 1), which represent the first records of the species at this site. The first individual was detected at a sandy area of coastline (Figure 2, coordinates: 20.791498, 106.805642), followed by a second group of three individuals at another area of sandy-muddy coast (coordinates: 20.7819426, 106.7891874) on 22 January 2021. Birds were seen among large flocks of small-bodied shorebirds such as plovers and other Calidrid sandpipers (e.g. Dunlin C. alpina). Other important species detected during our survey in Cat Hai includes Saunders’s Gull (VU), Great Knot (EN), and large numbers of Black-tailed Godwit Limosa limosa (NT) (<2,500 individuals). In total we recorded as many as 9,000 individuals of 19 waterbird species in the coastal wetlands around Hai Phong, Cat Hai island. 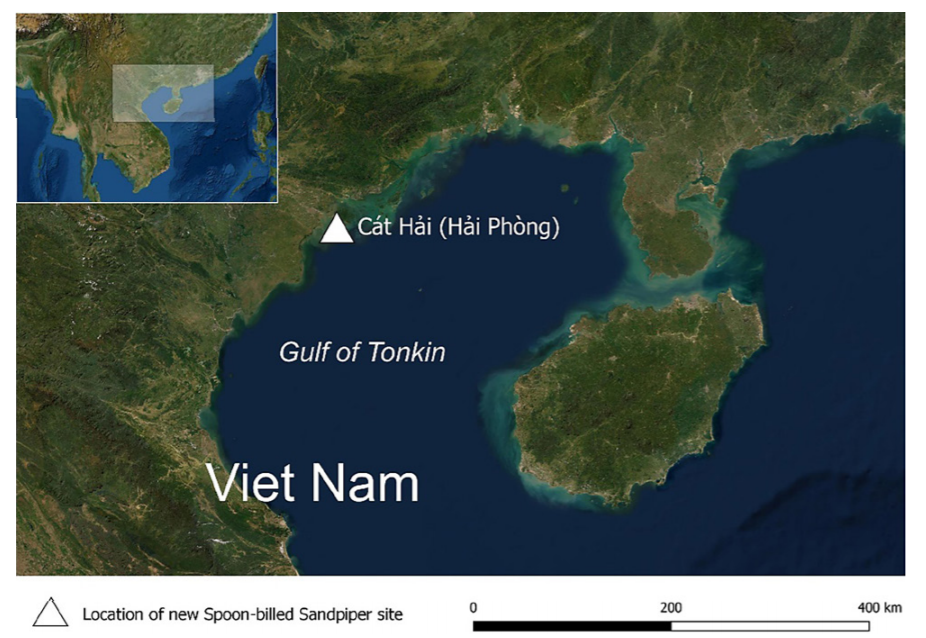 Our onshore and boat-based survey of the coastal flats in Cat Hai (part of the An Hai IBA) is the first comprehensive survey of this site in recent years, and reveals a small, previously unknown wintering population of Spoon-billed Sandpiper here (up to four observed but more could have been present), as well as wintering populations of globally threatened waterbirds such as Saunders’s Gull and Black-faced Spoonbill (recorded along during field travel between sites). Our surveys also detected large concentrations of shorebirds species, including several species nearly meeting the 1% criteria and species rare in northern Vietnam such as Greater Scaup Aythya marila. Our discoveries demonstrate the limited knowledge of wintering waterbird concentrations along the Gulf of Tonkin outside Xuan Thuy, and the need for longer-term exploration and monitoring work with counts that overlap with the passage and wintering period of migratory waterbirds. There is a need for more comprehensive surveys spanning a longer period to better understand where shorebirds are concentrated at when feeding at low tide and the roosting sites at high tide to develop plans to protect biodiversity in this area. Our surveys also demonstrate that hunting is a persistent and widespread threat to wild birds at many points across the Gulf of Tonkin coastline, and consistent with surveys carried out by Viet Nature and other local NGOs (also Nguyen et al. 2020). There is a clear need for stronger government action to tackle illegal hunting, especially on the use of mist-nets in the various wetland sites along the Gulf of Tonkin. 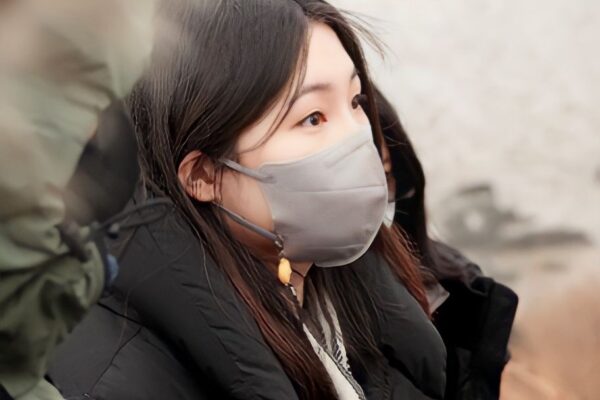