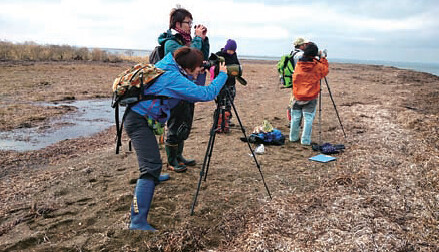 National Anatidae Census and Monitoring-Site 1000 are the two nationwide surveys of ducks and geese in Japan coordinated by the Ministry of Environment. National Anatidae Census has been conducted since 1972 every year in mid-January and it covers a wide range of wintering sites. Monitoring-Site 1000 is another long term monitoring project. It surveys various ecosystems, and Anatidae are counted in 80 lakes, including wintering and staging sites. Both surveys provide a good overview of Anatidae population in Japan. However, for some species they are insufficient to track the detailed seasonal change in distribution or population size.
To account for such weakness of these two surveys, coordinated volunteer counts are performed for the Greater White-fronted Goose and Brent Goose in Japan. Below, the two coordinators of these voluntary surveys report their vision. Hopefully these surveys can be expanded across the flyway in the near future.

This survey has been conducted by a team of volunteers since the winter of 2003/04 to understand the seasonal and regional fluctuation of the Greater White-fronted Goose population throughout Japan. Geese are counted twice a month between October to April at various wintering sites and staging sites in Japan.
The number of Greater White-fronted Geese has been increasing in Japan, and in the winter of 2015/16, the number of the geese was about 190,000 – 200,000. The wintering sites in the northern Miyagi prefecture hosted the largest population of Greater White-fronted Geese, and supported more than 90% of the wintering population in Japan. The winter season of 2015/16 very warm, and in early January about 40,000 geese moved from the wintering sites temporally to the spring stopover site in northern Akita prefecture, which was snow free. However, later the geese returned to the wintering sites because of severe weather, and started to migrate in early February as usual.
In such way, successive nationwide count data could contribute to the understanding of the population trend of the geese in Japan and the relationship between climate change and regional fluctuations. If the count is expanded to other parts of East Asia, it would advance the understanding of seasonal and regional fluctuation in the Greater White-fronted Geese in East Asia. 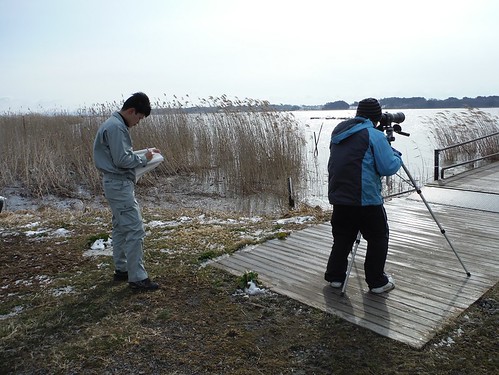 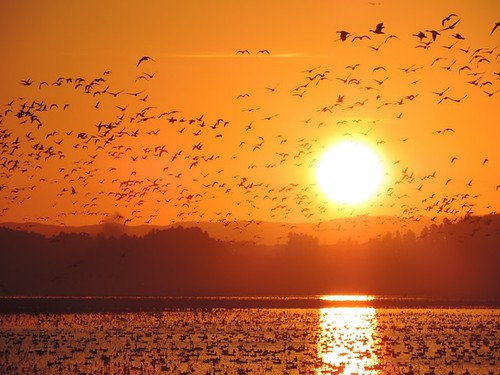 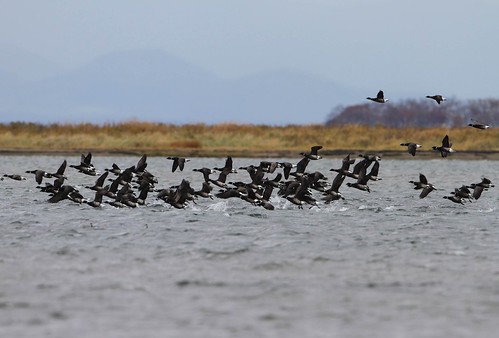 The survey, performed in fall (November), winter (January) and spring (April), entered its second season this year. Major findings of the 2015/2016 season showed that there were 8,602 birds in the fall around Notsuke Bay in eastern Hokkaido, which was the largest number ever counted in Japan. However, there are only around 2,000 birds maximum in the winter, and the wintering distribution in East Asia, including movements to Korea and China, is still not understood. Also, the migratory route and breeding sites of Brent Geese wintering in East Asia need to be investigated.
I hope to contribute to the investigation of the ecology of Brent Geese in Japan and East Asia by continuing the survey.