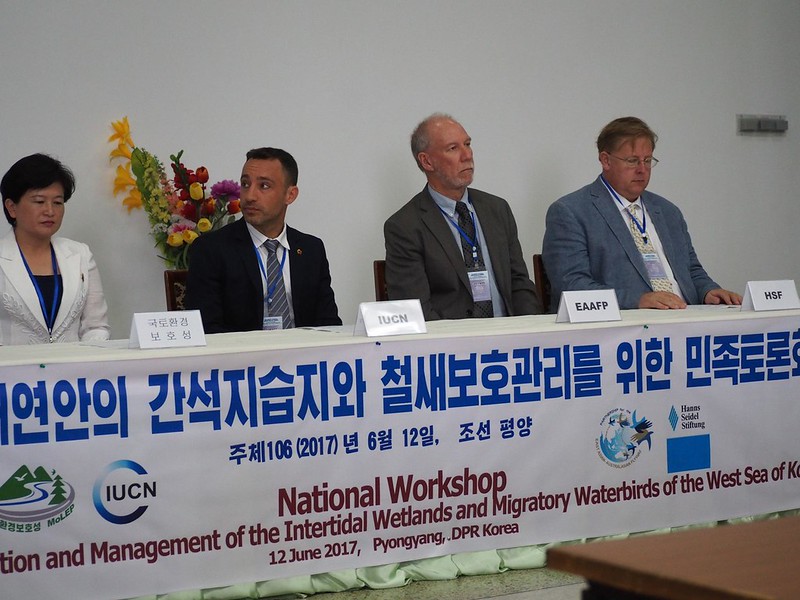 Conservation and Management of the Intertidal Wetlands and Migratory Waterbirds of the West Sea of Korea © Hanns Seidel Foundation, Korea

The tidal flats of the Yellow Sea or West Sea are a unique habitat supporting a significant proportion of migratory waterbird, especially shorebirds, passing through the East Asian-Australasian Flyway. At the same time, reclamation in all adjacent countries (China, RO Korea and DPR Korea) pose a threat to this unique habitat, resulting in huge decreases in numbers of water birds and shore birds, with some like the Spoon-billed Sandpiper likely facing extinction soon, if no measures are taken to preserve the remaining wetlands. Since development pressure in China and RO Korea is particularly strong, DPR Korea becomes relatively more important as a resting place on the Flyway. Preservation not only benefits biodiversity, but also is a basis for sustainable livelihood of fishery communities along the shore. 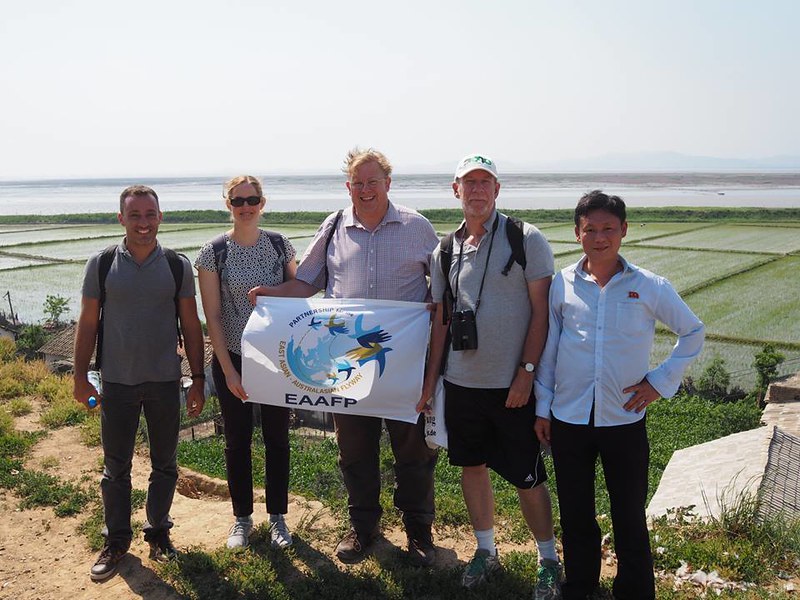 The workshop started with opening statements by Director-General Ri Kyong-Sim of MoLEP and Raphael Glement of IUCN. Both pointed out the importance of raising awareness for the importance of intertidal wetlands in the West Sea.

The first sessions looked at the importance of international cooperation for the management and conservation of coastal wetlands. Raphael Glemet discussed the tasks of cooperation from the point of view of IUCN, with particular reference to cooperation possibilities in the Yellow Sea area, which is one of the hotspots of work for IUCN. Spike Millington, Chief Executive of the EAAFP, in his presentation highlighted the importance of the Yellow Sea as a shared biodiversity resource of the 22 countries of the Flyway. Dr. Bernhard Seliger of Hanns Seidel Foundation Korea reviewed the status of environmental cooperation between international partners and DPR Korea, pointing out the rapid development of ties since the launch of the program in 2015. Kim Jong-Chol of MoLEP looked at the status of migratory birds in the West Sea of DPR Korea.

The second session looked at national conservation measures and possibilities for listing of national sites as UNESCO world heritage. Ho Myong-hyok of MoLEP explained wetland conservation and the drafting of Ramsar Information Sheets in DPRK (official name of DPR Korea). Spike Millington of the EAAFP again took the floor to review current efforts to list Yellow sea habitats as UNESCO world heritage sites. In RO Korea and China these efforts are progressing, and DPR Korea as an indispensable part of the eco-region could also try to list sites in the future.

Finally, participants discussed in three groups the outcome of the workshop for their further work, identifying the main threats and pressures on coastal wetlands and shorebirds and recommendations on management and Ramsar and World Heritage designations. 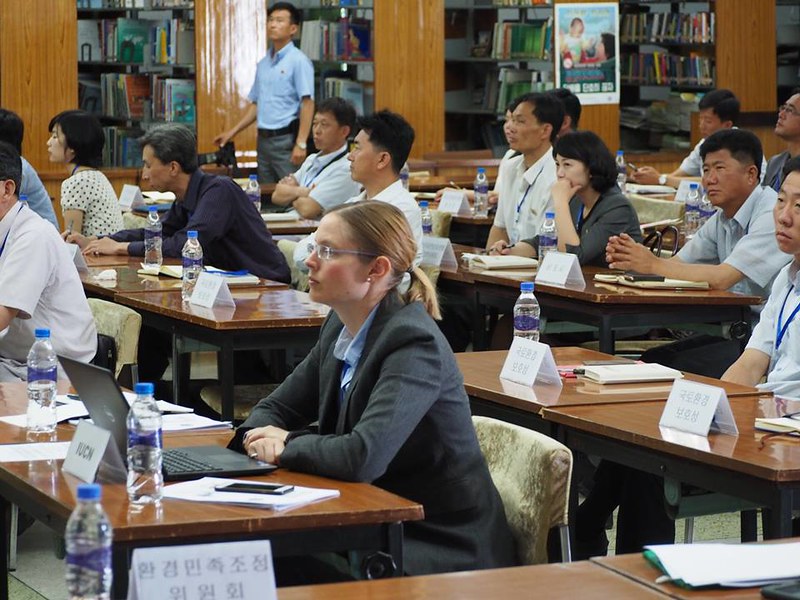 We looked at the importance of international cooperation for the management and conservation of coastal wetlands. © Hanns Seidel Foundation, Korea

Hanns Seidel Foundation Korea since 2015 works together with IUCN, the EAAFP and other partners and the MoLEP to increase awareness of the challenge of wetland conservation and contribute to a national conservation strategy in DPR Korea.

A number of important workshops have been held since then, leading to a successful membership application of MoLEP in IUCN. Membership in EAAFP and the Ramsar Convention on Wetlands are currently prepared.