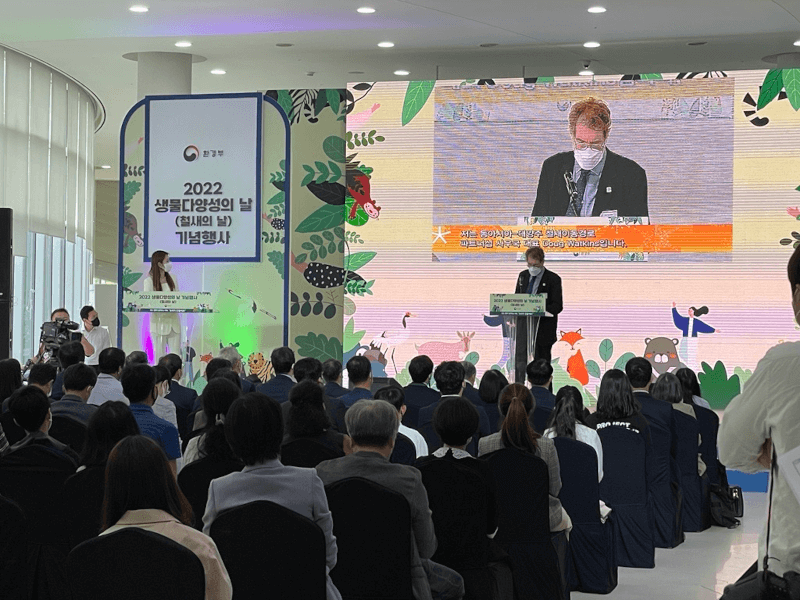 On 19th May 2022, the Ministry of Environment, Republic of Korea (MOEK), hosted an event to jointly celebrate World Migratory Bird Day (WMBD) and International Day of Biological Diversity at the NIE Ecorium in Janghang, Ro Korea. The event was supported by the National Institute of Ecology, Ro Korea (NIE) and the Korea Environment Preservation Association (KEPA).

The event aimed to bring more awareness to both IBD and WMBD, as well as for the conservation of biodiversity and all inter-connected environmental issues. It also hoped to encourage a more positive attitude towards biodiversity and nature. To do so, the event organizers invited key government officials and related stakeholders to the official ceremony and celebrated key achievements for the environment by presenting awards to those who made influential contributions.

During the official ceremony, EAAFP Chief Executive, Mr. Doug Watkins, gave a speech highlighting important achievements of the Korean government such as the inscription of Korean Tidal Flats as a World Heritage Site. He also participated in the celebratory performance “promising” continued efforts for the conservation of biodiversity and the environment. The performance consisted of a hand printing ceremony in which four key guests and two local students printed their hands next to a cast of the footprints of endangered species. A theme video with the slogan “Building a Shared Future for all Life” was projected in the background throughout the performance. 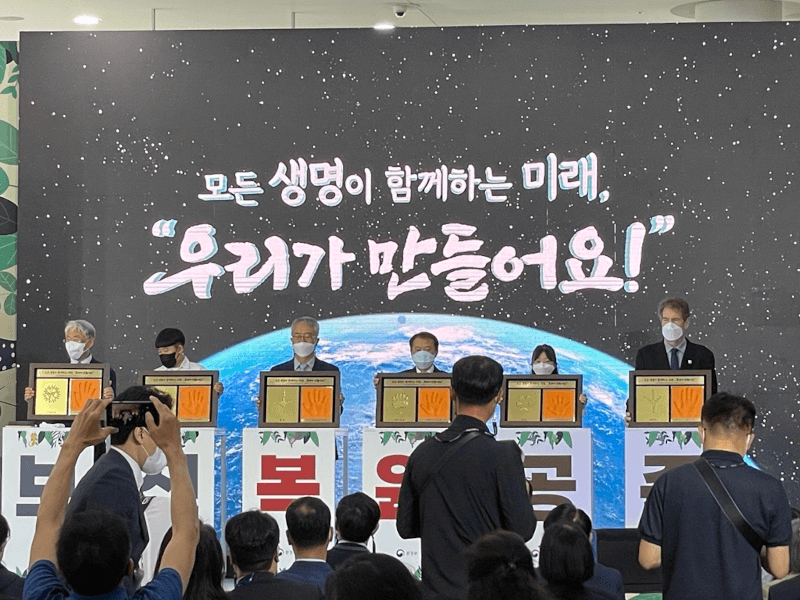 After the official ceremony, ten key guests, including EAAFP CE Mr. Doug Watkins was invited to tour five of the six Biomes exhibited in the Ecorium: Tropical, Mediterranean, Desert, Temperate and Polar to experience snapshots of each ecosystem.

As we gear up for the October WMBD celebrations, it is great to look back at previous successful events held this May and see what can be learned.