Ms. Minseon Kim has been the heartbeat of the EAAFP Secretariat, the reassuring presence since her arrival in 2009 when the Secretariat set up in Songdo, Incheon. She has always been a diligent worker, but what I have noticed since my arrival in 2012 is a growing maturity and confidence, tempered by occasional bouts of feistiness (Minseon rarely backs away from an argument!). She has shepherded the Partnership through six Meetings of Partners, often taking the lead responsibility in developing and agenda and badgering Partners into producing workplans and reports (a thankless task, if ever there was one!). In her role as Programme Officer, she has taken the lead in liaising with Partners and collaborators, identifying and developing training and capacity building opportunities, including working with the Ramsar Regional Center for East Asia, also based in Korea, to identify and support joint cooperative site manager training workshops. She has actively participated in several of these workshops. Minseon has also been involved in coordinating and strengthening the EAAFP Flyway Site Network, through encouraging nominations, supporting documentation and promoting sister sites. She was instrumental in creating the sister site relationship between Sungei Buloh, Singapore and the Geum estuary, Korea’s most important shorebird site, accompanying the Governor of Seocheon County on a visit to Singapore to sign the MOU. As a result, we see not just technical cooperation between the sites but also exchange visits from Singaporean and Korean schoolchildren, building hope and understanding for the future. Together with her former partner in crime, Ms. Yuna Choi, Minseon also initiated the intern programme at the Secretariat, an innovation that has brought a lot of energy and enthusiasm, as well as technical assistance, to the office. More than 30 interns have contributed over the past five years, some staying for a year or more. 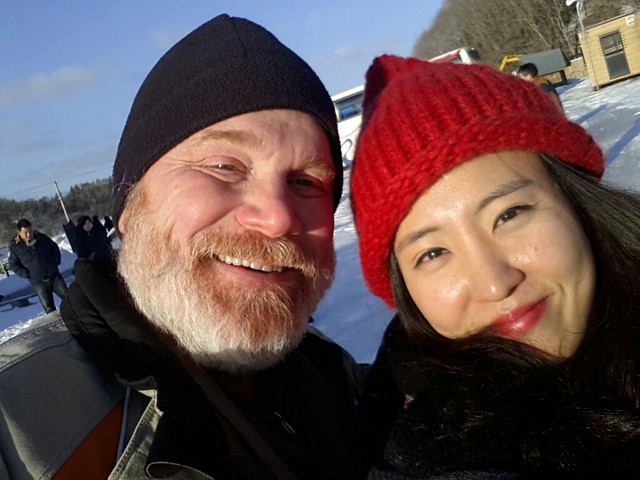 As the only Korean staff member in an increasingly international Secretariat, Minseon played a very valuable role, both in supporting the staff seconded to the Secretariat from Incheon City government, but also in working directly with Korean NGOs and government agencies to explain and interpret EAAFP’s mission and role. This was sometimes a challenging task, but fundamental to strengthening EAAFP’s support and credibility in the country. 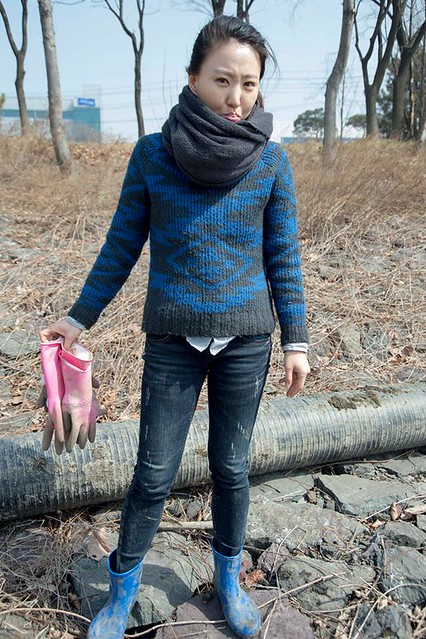 Minseon will shortly take off to begin a Master’s programme in Conservation Leadership at the University of Cambridge in UK. I am sure that not only will she benefit from this course but also that other students will benefit from her participation and learn from her experience in EAAFP. It’s a great opportunity for her, and I’m sure she will take full advantage of it. I am confident that, in whatever future she chooses, she will always care about migratory waterbirds and the places they live, and work towards their conservation.

It’s hard to imagine the Secretariat without Minseon. Her desk has always been covered with papers, photos, memos. Today, her last day in the office, it lies bare. Hers are big shoes (well, actually small shoes) to fill. We will all miss her greatly.

Photos from Minseon’s farewell party are available on our Flickr Album.