Message from our CEO on World Wetlands Day 2016

The precipitous loss of wetlands and freshwater biodiversity over the last decades has been widely reported – and alongside this, many organisations, including Wetlands International, point to the urgent need to give greater emphasis to protecting and better managing wetlands and especially freshwater ecosystems. What will it take to turn the trends for wetlands around? 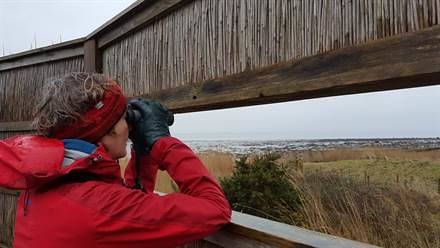 It has long been said that the true value of wetlands is overlooked and that greater awareness of this is the key. But in recent years the cost of wetland loss has been counted with increasing accuracy and the economic arguments for sustaining and restoring wetlands for people’s sake have been widely published. The arguments are compelling and highly relevant to the issues of the day: scarcity of water, life-threatening and damaging floods; mass human migration; climate change….wetlands have a role to play in reducing the likelihood and scale of all of these.

So what else is needed? I believe that there are at least two more crucial ingredients. Firstly, we need to dispel the myth that the continuing decline of wetlands is inevitable considering human population growth and the consequent increasing pressure on land and water. That environment needs to make way for development and human well-being. The evidence points to the reverse – that development and human well-being can only be sustained in a healthy environment. So, we need a different approach to development – one that invests in securing and sustaining natural resources, including wetlands as vital water systems in the landscape, important sources of food and shelter and engines of the local economy. The wholesale sacrifice of these precious resources for city expansion or industrial scale agricultural development rarely makes any economic sense and often results in deepening poverty, inequality and even social instability. The burning palm oil and pulp plantations and former peatswamp forests of South-East Asia give testament to this!

Today we celebrate World Wetlands Day and point to the relevance of sustainable livelihoods to the future of wetlands. I think there is something to celebrate! The agreement of world leaders on 17 Sustainable Development Goals in 2015 was remarkable in itself – but we should applaud even more the clear (direct and indirect) references to wetlands in several of the Goals, including those focusing on Water, Disaster Risk Reduction, Oceans and Climate. These Goals reflect the realization that sustainable development can only succeed if poverty eradication and environmental sustainability are pursued jointly. Now it is official that they are not alternatives! That’s something to work with.

Secondly, we need to make allies of – and empower – the millions and indeed billions of people whose livelihoods and security are closely linked to the condition of wetlands. By enabling local people to take action locally to improve the condition of wetlands – and to speak out to influence water sharing in the wider landscape – and even national policies, it’s possible to turn the spiral of decline around. Wetlands International knows from its’ own experience in programmes that there are real alternative development models, that are ecosystem-based and community-based, which offer real hope. For example, floodplains in the Sahel can be restored through many small scale efforts of local communities to make a big contribution to future food security across the continent while also securing the wintering grounds of tens of millions of waterbirds. Through innovative coastal engineering that works with natural processes, we can create the conditions for mangroves to recover along heavily eroded tropical coasts and so enable vulnerable coastal communities shelter and livelihoods based on mangroves and diversified small scale aquaculture production.
There are more and more promising examples of where whole landscapes can be transformed by better connecting wetland conservation and sustainable livelihoods. But clearly, we need to have a greater order of impact. So what will it take to trigger greater action for wetlands? And what is our collective vision for the future of wetlands? When will our efforts be declared as good enough? Which kinds of wetlands are most vital for people and nature – and where? Wetlands International launched its’ own vision and declared our 10 year strategy to work towards it last year. In all regions of the world and globally, we focus on making a difference by collaborating with others in five “Streams” of work that line up with visions for “Healthy Wetland Nature”; “Vibrant Coasts and Deltas”; Replenished Water Stores from Mountains to Sea”; Blue Lifelines in the Desert” and “Peatland Treasures Safeguarded”. We recognize that the first of these i.e. better protecting and managing wetland nature is fundamental to all the others, in which restoring the services that wetlands provide to human society is an equal goal.

But do we have enough knowledge on which to act? In general, enough is known to prevent most of the damage occurring, while there are still major knowledge gaps that hold back targeted action. It is true that freshwater ecosystems are not well known, compared to their terrestrial cousins. We are joining forces with many organisations this year to work on some of these gaps. For example, we aim to develop an online global peatland atlas, that will help governments to identify the highest priority peatlands to protect and restore as part of their strategies for climate mitigation and adaptation, as well as for biodiversity, improved water management and to enhance local livelihoods.

Also, in this, the 50th year of our International Waterbird Census (see IWC50 campaign) more than 15,000 volunteers will monitor more than 25,000 wetlands in more than 100 countries to help estimate the status of global waterbird populations. Waterbirds around the world are in trouble. The alarm bell has been sounding for some years that conversion rates for development in some vital staging grounds, like the Yellow Sea are exceeding critical limits. We anticipate finding out more about which wetlands are vital for the migration, as extra efforts are being made to reach some little recorded sites. This work will undoubtedly help make the case for some new wetland protected areas and Ramsar sites, which are urgently needed to stem the decline. Building knowledge and engaging local people is a starting point for defining conservation needs, changing policies and stimulating action. We have witnessed this bottom up approach working in Senegal at the Ndiael bird reserve, an internationally significant wetland oasis in the desert landscape that had dried out and lost its waterbirds. Local people also lost their fishing, farming and drinking water as the water was diverted from this wetland – and getting them behind restoration efforts was key. As a result the African Development Bank is supporting the rewetting.

So, in conclusion, I believe that sustainable livelihoods are not just an additional outcome of good wetland conservation – they are in many cases a starting point for long-term conservation success. And looking at it the other way, successful development will depend on getting wetlands in better condition. Seems a good basis for teamwork!?