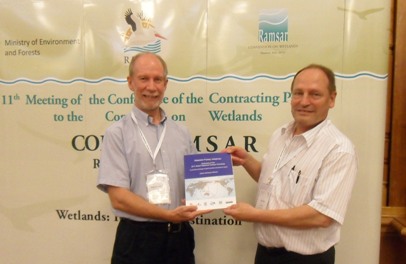 With the generous support of Seosan City, Republic of Korea, the government of Switzerland and the Secretariat of the East Asian – Australasian Flyway Partnership (EAAFP), an international workshop to review good practice in international initiatives for the conservation of migratory waterbirds and other species was convened by the Ramsar Convention, the Convention on Migratory Species (CMS), BirdLife International, Wetlands International and the EAAFP Secretariat in October 2011. It was attended by 35 representatives and observers from 14 international organisations and seven Korean organisations.

The workshop was the first to bring together these flyway initiatives so as to share lessons learned from these different approaches, assess their strengths and weaknesses, and so provide a more global view of our flyway conservation efforts thus far.

The workshop agreed to establish an open and inclusive network of flyway-scale initiatives (the “Global Interflyway Network” (GIN) to facilitate future networking, sharing of knowledge and approaches, and improving collaboration and synergies between the increasing number of flyway conservation initiatives across the world.

The workshop report, entitled “Waterbird Flyway Initiatives: Outcomes of the 2011 Global Waterbirds Flyways Workshop” was launched at a special side-event at the Eleventh Convention of the Parties to the Ramsar Convention in Bucharest, Romania on 8 July 2012. Spike Millington, Chief Executive of EAAFP introduced the report and Nicola Crockford, of RSPB, the Birdlife partner in UK, provided a summary of the main outcomes of the workshop. This was followed by a presentation of the report to Olivier Biber, representative of the Swiss Government, the principal funder of the workshop.

The launch of the “GIN report” was held jointly with the publication of the fifth edition of the Waterbird Population Estimates, which collates all the latest information on distribution, status and population trends of 2,304 populations of 871 species of waterbird from 32 families. This review is a result of ongoing collaborative efforts of tens of thousands of waterbird counters around the world and the Waterbird Specialist Group network convened by Wetlands International jointly with the IUCN Species Survival Commission. 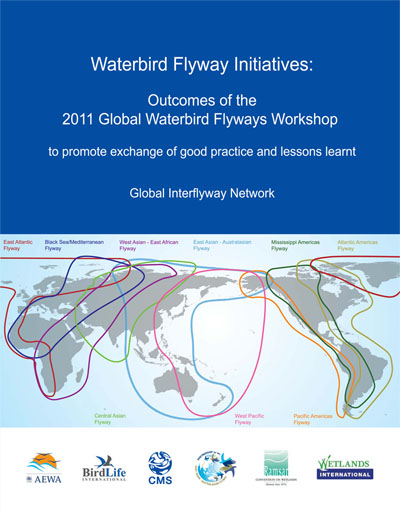