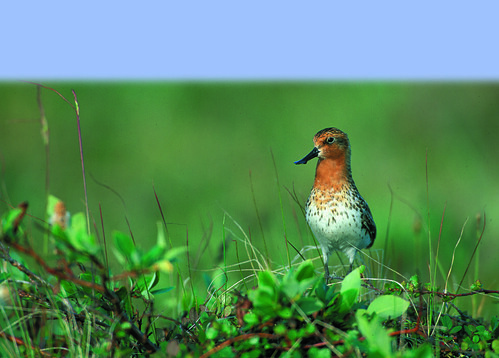 The Yellow Sea-Bohai wetlands is well known as one the most important staging areas for millions of migratory waterbirds in the world and are used by waterbirds for feeding and resting during the both northward and southward migration along the East Asian-Australasian Flyway. It is well known that waterbirds breeding in the Far East of Russia and Alaska, Mongolia and northeast and northern China migrate along the coastlines of the Yellow Sea – Bohai Sea region to spend the northern winter in the Yangtze River floodplains and southern China, while many others continue their journeys to south to Southeast (and South) Asia, Australia and New Zealand where they spend the non-breeding period. The coastal wetlands of the northern Yellow Sea also serve a very important purpose for shorebirds of the flyway, especially they are last stopover site for many species of shorebirds before they get to their arctic breeding grounds.

In mid-April 2016, a major coordinated survey of the waterbirds migrating north was undertaken at 11 National Nature Reserves, including all the six East Asian–Australasian Flyway Network Sites and Ramsar sites along the Yellow Sea-Bohai Sea region of China. The surveys were led by staff of the nature reserves and about 154 local and international professional and volunteers from institutions related to environmental protection, forestry, wetland reserves in the marine sector, wetland parks, universities, research institutes and NGOs. This major effort was organised with support of the Ministry of the Environmental Protection of China, jointly by the Wetlands International-China Office, China Wildlife Conservation Association, Northeast Institute of Geography and Agricultural Ecology of the Chinese Academy of Sciences and the Beijing Biodiversity Conservation and Research Center. 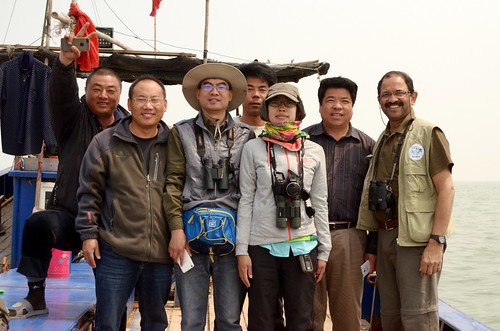 The survey recorded a total of nearly 807,000 waterbirds of 119 species in 18 major sites along the Yellow Sea-Bohai region. The count was dominated by shorebirds, with about 657,000 recorded (84% of the total), followed by gulls and terns, swans, geese and ducks, herons, coot and gallinules and other species, mainly cormorant, grebes, ibis, spoonbill, stork, crane and pelican. Around 6% waterbirds were not identified to species level.

The results of the 2016 Yellow Sea-Bohai Sea region survey highlight that wetlands of the region remain crucially important for migratory waterbirds during their northward migration, both on the Chinese coast as well as along the Korean Peninsula. However, the survey reinforces other recent studies that have shown that the region is facing problems including severe degradation and loss of wetlands due to rapid economic development across the region. This is resulting in further loss of migratory waterbird habitats that lead to loss of safe feeding and roosting areas for birds that are of crucial importance during their migration.

The organisers propose that such surveys need to be carried out regularly during different seasons to monitor the importance of these wetlands and to support their management.