In New Zealand international travel for people is virtually halted because of restrictions caused by the covid-19 epidemic. The Government has largely stopped any foreign visitors from entering New Zealand. New Zealand citizens can leave but have to spend 2 weeks in quarantine on their return. However our migratory birds have continued their normal cycle and the spring migration (September-October) continued largely unabated. There was much interest in following the tracks of the satellite tagged Bar-tailed Godwits as they travelled from New Zealand to Alaska and then returned to New Zealand. This generated much interest with Facebook and Twitter followers. It also lead to much publicity on TV and in newspapers throughout New Zealand.

However there was also some other international bird travellers that are worthy of note. A Bar-tailed Godwit was captured In Queensland, Australia by the team led by Jon and Janet Coleman and had a satellite transmitter fitted as a back pack. The bird was also given a green leg flag which was engraved BVJ. It was hoped to follow this bird around the local Queensland area but not long after banding it flew to New Zealand and is now in the Manukau Harbour, near Auckland. The transmitter is still working well and it generally feeds near Auckland Airport but on high tides travels to the shell banks on the southern side of the harbour.

This is where it was observed by Tony Habraken and a few days later by David Lawrie. It now seems to be resident in the Manukau Harbour which is just south of Auckland city. It will be interesting to see what it does in the autumn migration or the 2022 spring migration.

Another interesting band return is on a Red Knot which was observed by Tony Habraken on a small roost site on the eastern side of Auckland city. This is a bird that was banded on 6 September 2018 at Tori-no-umi Tidal Lake, Watari in Japan, by Mr Jun Hosoya. He regularly has his nets in place on suitable nights at this site through the migration period. It is the work of volunteers such as this that we are able to build a picture of the movements of birds in the Flyway. This is an area where Tomoko Ichikawa and Eugene Cheah recently visited to learn and help his work. The bird is marked with blue over white flags which is the Japanese combination. The blue flag is inscribed 116 which has proved to be very hard to read. This bird has been previously seen in the Sibugay Wetlands in the Philippines on the 22/3/2019. We thank Ms Mariko Senda for the banding records. The bird was first seen in New Zealand, by Tony on the 29/12/2020, and also on the 6/3/2021, and finally on the 27/11/2021, when it was possible to read the inscriptions.

These sightings show the importance of the interconnections between countries in the Flyway and how measures to protect the birds and their habitat require international co-operation. 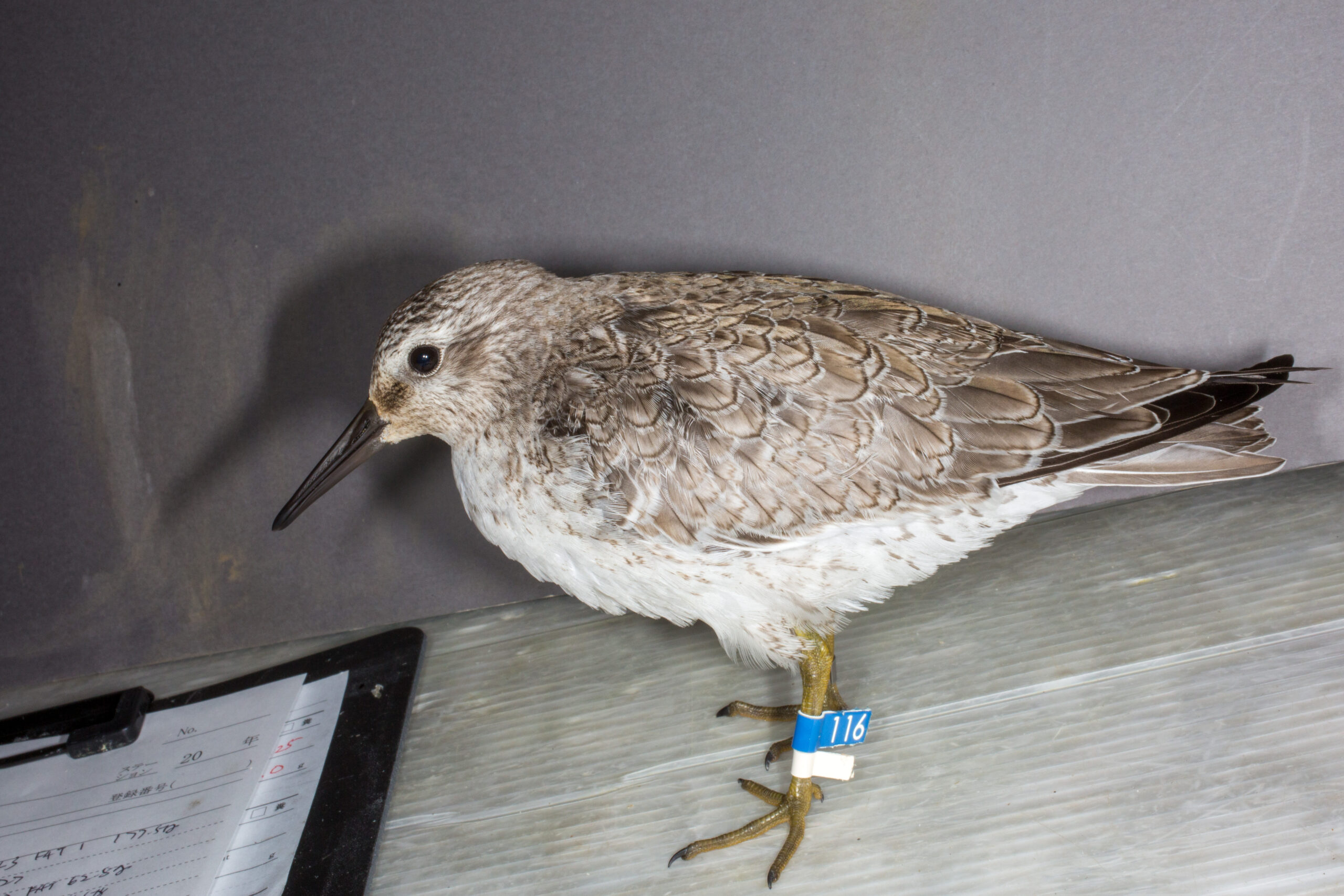