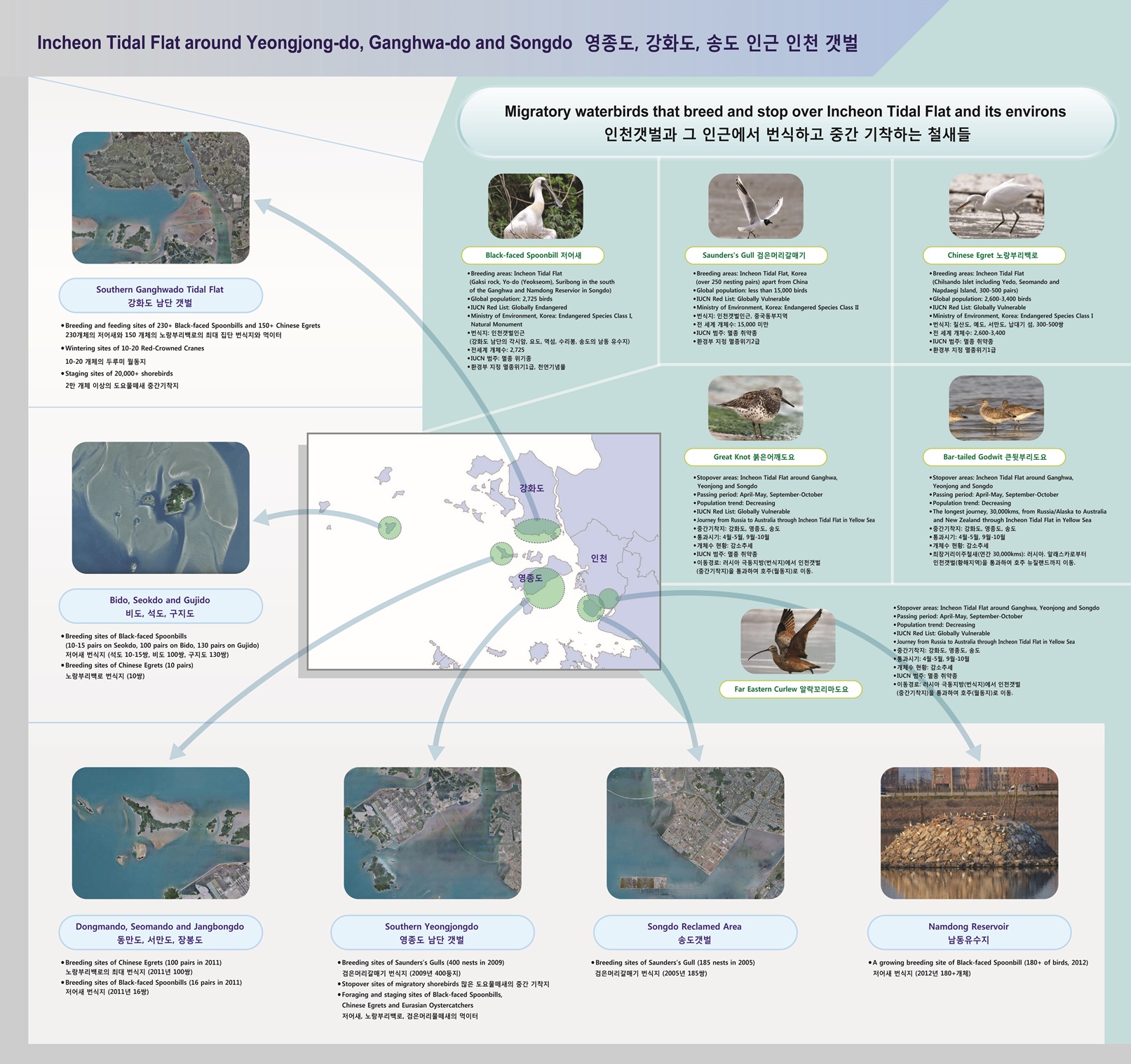 Incheon Tidal Flat is critically important for a large number of migratory waterbirds using the habitat for feeding and recuperation during their long journeys, as well as being supporting important populations of breeding waterbirds dependent on the tidal flats. The EAAFP Secretariat has recently produced an information brochure, entitled Incheon – Waterbird Paradise increase awareness, raise the profile and highlight the importance of Incheon Tidal Flat. The Incheon Tidal Flat includes Ganghwado, Yeongjongdo, Songdo and other small rocky islands. It regularly supports over 20,000 shorebirds as a stopover site and endangered species of Black-faced Spoonbill, Saunders’s Gull and Chinese Egret as breeding site.

Since 2009, Black-faced Spoonbill has been breeding at Namdong Reservoir, inside of Songdo city, with over 100 pairs in 2012. Namdong Reservoir is an artificial island built in an area abandoned from mudflat reclamation. Despite the growing breeding population, their survival remains in question due to continuing reclamation of Songdo tidal flats, their principal feeding grounds.

Incheon Tidal Flat is also a globally important breeding for globally threatened Saunders’s Gull (its only breeding site in Korea), and Chinese Egret. It is also a critical stopover site for long-distance migratory shorebirds that depend on the tidal flats for a critical period of their migration in spring and autumn.