Posted on November 9, 2021 Categories: All News 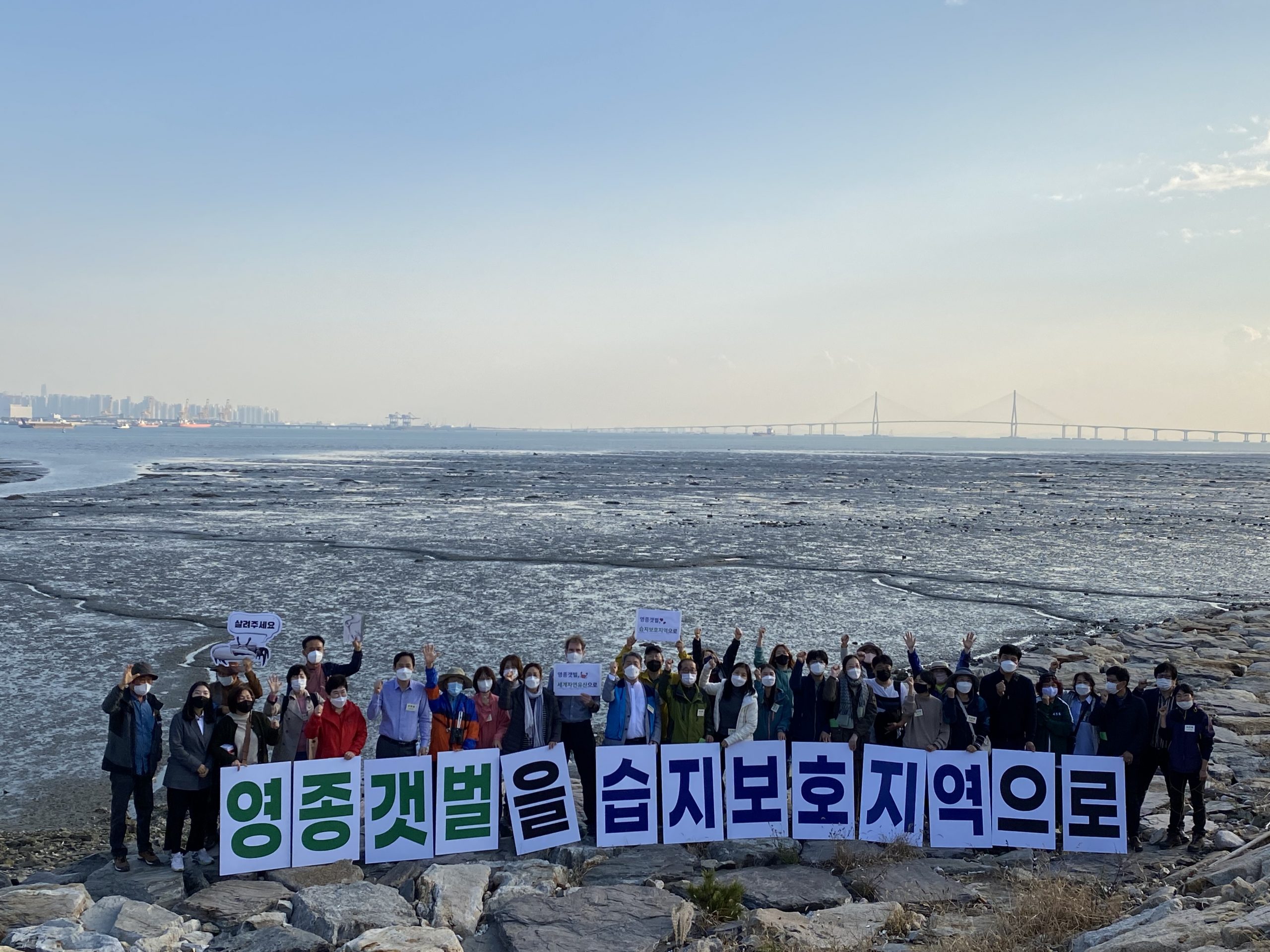 On the 30th of October, the EAAFP Secretariat attended the Incheon Green Korea 28th Anniversary Celebration event held in Yeongjong Seaside Park. The event was held in two parts which garbage collection activity around Yeongjong tidal flat and a commemorative ceremony.

During the first section, participants collected marine garbage around the Yeongjong tidal flat. Pieces of glass, fishing gear, plastic bottles, and scrap iron were commonly found. These are all harming wildlife such as waterbirds in the habitat.

The second section started with the congratulatory remarks by Mr. Doug Watkins, Chief Executive of EAAFP Secretariat. Mr. Watkins highlighted the importance of Yeongjong tidal flat by stating “Incheon Songdo tidal flat is a Ramsar Site, providing it with international recognition and is also an East Asian Australasian Flyway Network site. It supports thousands of staging waterbirds and provides breeding habitats for the endangered, Black-faced Spoonbill andvulnerable Saunders’s Gull. It’s also our home and we need to conserve it together.” After that, Mr. Junmo Lee, the representative of Incheon Green Union, also delivered his congratulatory speech. 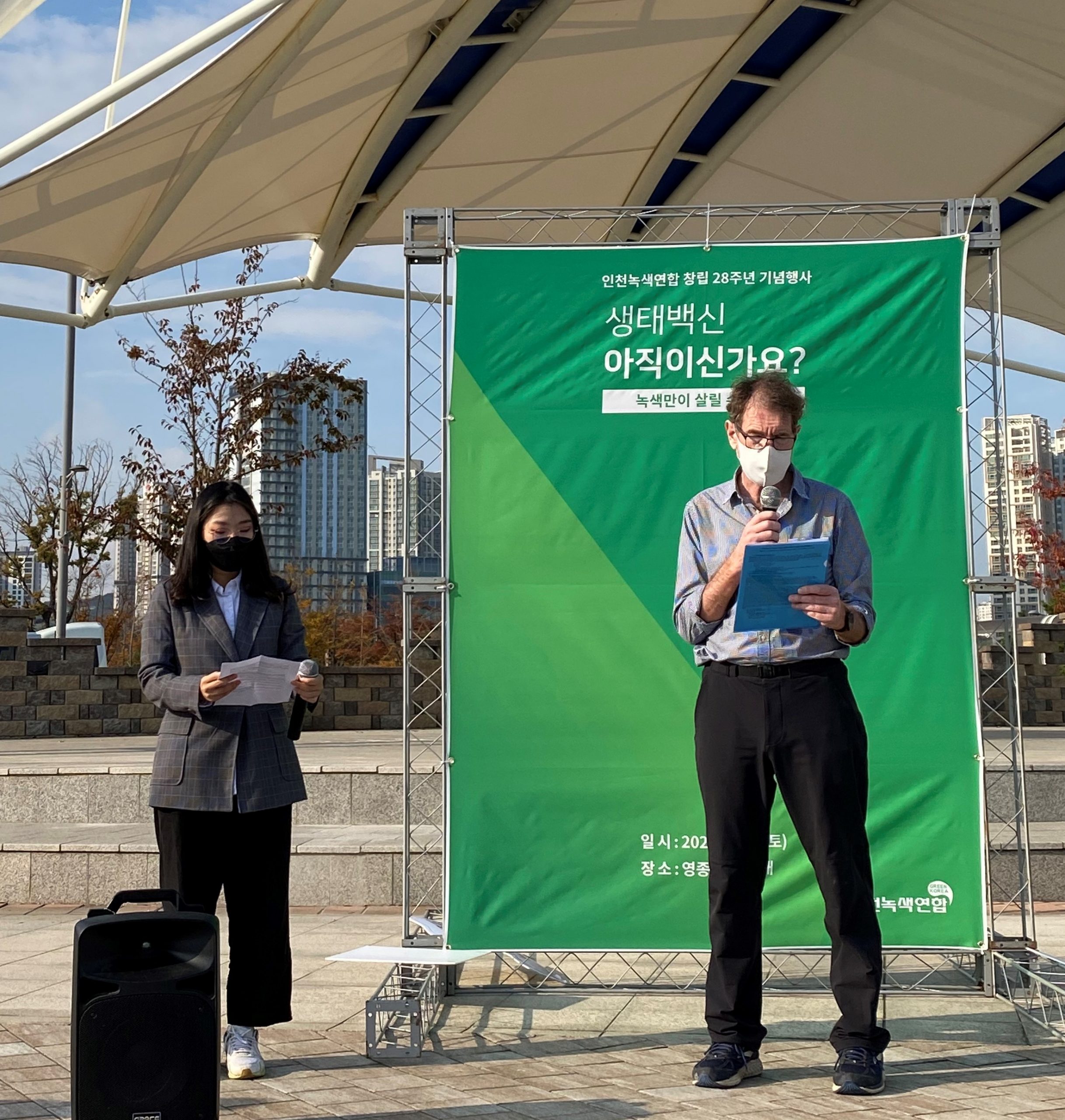 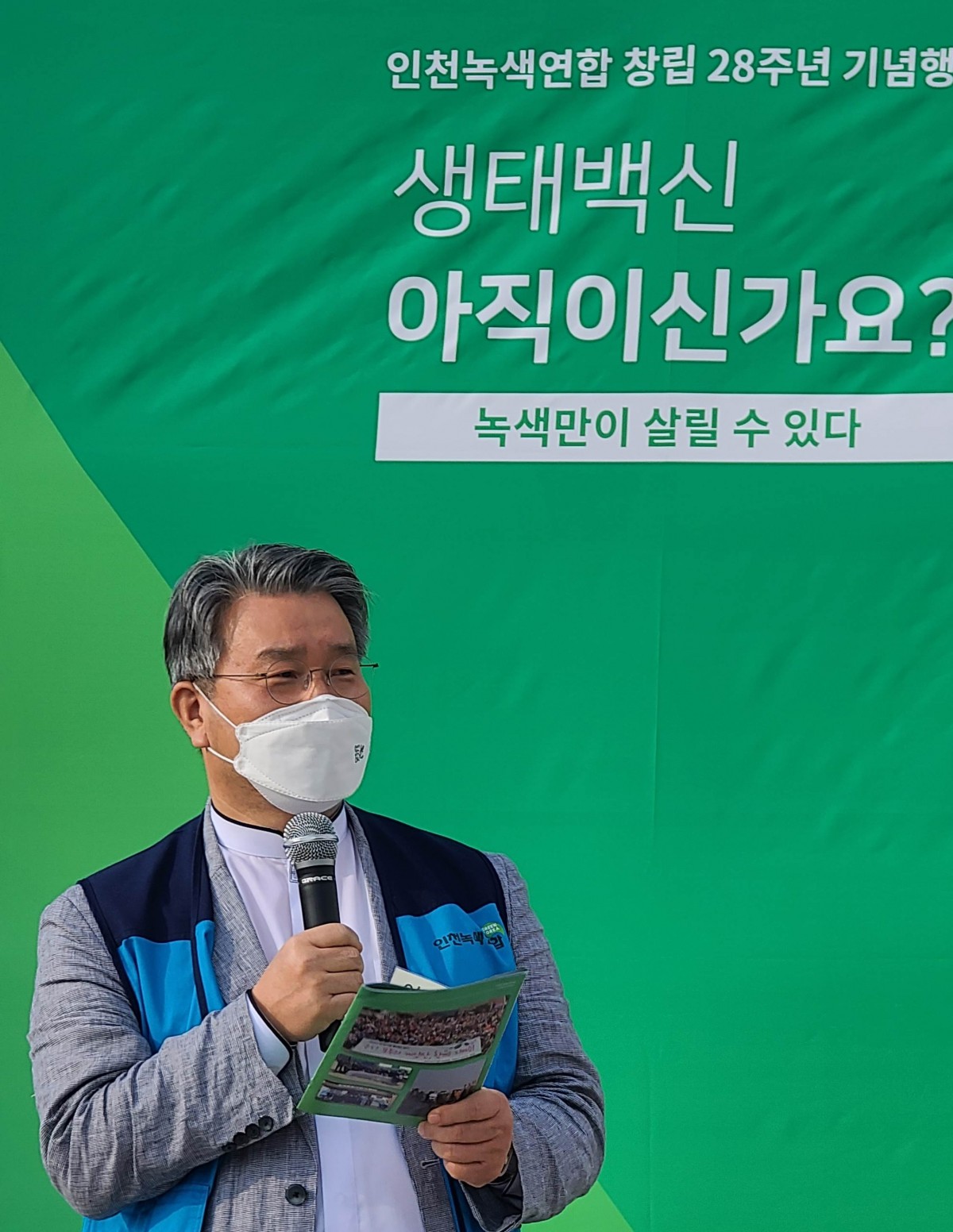 The last part of the ceremony was an award ceremony. Ms. Hyeseon Do, Programme Officer of the EAAFP Secretariat, received the ‘Greener Award’, with her support from the EAAFP Secretariat which played a major role in the process of registering the Korean tidal flats as a World Natural Heritage Site this year. Ms. Do contributed to promoting the value of tidal flats as important habitats for endangered migratory waterbirds and nature, was selected as the awardee. 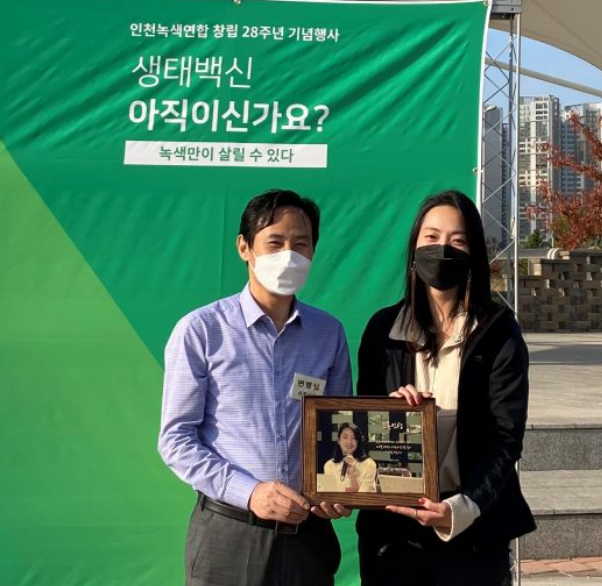 Founded in 1993, Incheon Green Korea is conducting monitoring and conservation activities to preserve the natural ecosystem, including the world’s five largest tidal flats, the Incheon coast, islands, and rivers. Incheon Green Korea is working hard to prevent reclamation of the Ramsar Wetlands in Songdo and Yeongjong Tidal Flats, which are scarcely left due to large-scale reclamation.