Officials from northern Japan were in the Hunter Valley to re-affirm their commitment to a long-standing agreement with Newcastle and Port Stephens over wetlands conservation. 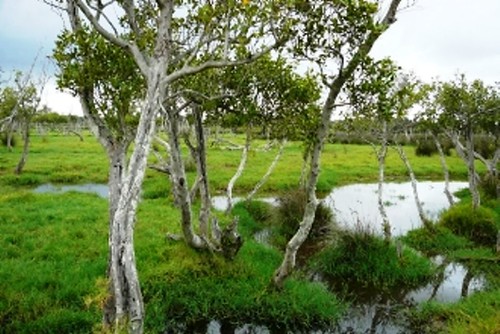 The mayor of the town of Kushiro led the four-person delegation, which included an official signing on 6 Nov 2015 and a wetlands cruise the following day. The Sister Wetlands Relationship recognises the important biological link Australia has with Japan, with migratory bird species regularly travelling between the two countries. Hunter Local Land Services’ senior estuaries officer Peggy Svoboda said the agreement has been in place for more than 20 years. “It also acknowledges the value of exchanging information about how to look after the habitat in both places and along the East Asian-Australasian Flyway,” she said. The agreement is part of the Ramsar international treaty on wetlands and the Hunter Estuary is recognised as an official Ramsar site. Ms Svoboda said residents should appreciate the value of the wetlands. “It really should be seen by the local community as being one of the icons of what it has to offer along with the beaches and the heritage buildings,” she said. “The wetlands are internationally significant, the migratory shore birds are really a unique aspect of Newcastle.” 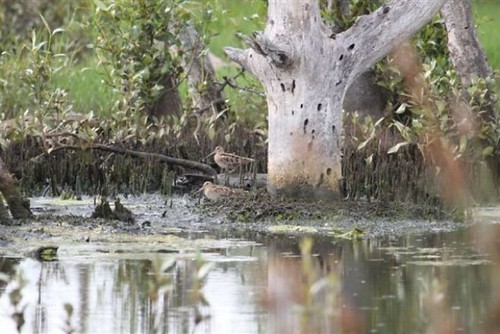 The rare bird Latham’s Snipe has been spotted at Tomago Wetlands and at a property on the Williams River. /Supplied by Hunter Central Rivers Catchment Management Authority ?ABC