Eaaflyway > News > Historic Cobourg Peninsula is a model of wise use and wetland conservation, 40 years after its designation as a Wetland of International Importance

Historic Cobourg Peninsula is a model of wise use and wetland conservation, 40 years after its designation as a Wetland of International Importance

Department of the Environment, Australia 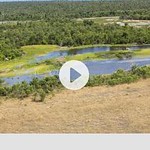 4, Australia listed the Cobourg Peninsula as the world’s first Wetland of International Importance under the Ramsar Convention, bringing international recognition to this remote and unspoiled area.

During the 40 years since its designation, the unique values and the ecological character of the site have been maintained, through its joint management by the traditional owners (the Arrarrkbi) and the Northern Territory Government (through the Parks and Wildlife Commission), its isolation and its status as a Ramsar site and conservation reserve.

Click on the picture on the above to play the video

Values of the site 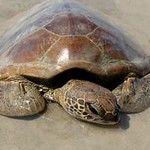 The site supports several globally threatened marine species such as the Loggerhead Turtle Caretta caretta, Green Turtle Chelonia mydas and Hawksbill Turtle Eretmochelys imbricata.  It is also one of the few locations in Australia where Leatherback Turtles Dermochelys coriacea, have been known to nest.

Cobourg Peninsula supports breeding resident shorebirds and also provides feeding and resting sites for migratory shorebirds, listed in the bilateral agreements between Australia and Japan, China and the Republic of Korea, which travel north to Siberia and Alaska to breed.  These shorebirds include populations of sandpipers, plovers, terns and the Great Knot Calidris tenuirostris.

Cobourg’s isolation from the rest of the mainland and its management arrangements, have seen many small and medium-sized native mammal species thrive. These species include the Pale Field-rat Rattus tunneyi, Northern Brown Bandicoot Isoodon macrourus, Brush-tailed Rabbit-rat Conilurus penicillatus, and Black-footed Tree-rat Mesembriomys gouldii. The maintenance of these and other small and medium-sized native mammals is helped by the low abundance of feral cats and active fire management.

The site contains many archaeological sites and features of Indigenous, Macassan and European origin, and an ongoing living culture that is maintained by the Arrarrkbi, the traditional Indigenous owners of Cobourg Peninsula. This includes seasonal fire management which maintains the ecological character of the site.

Use of the site 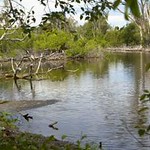 The majority of the site is managed as a conservation reserve, with some tourism and education, commercial fishing and low-level traditional owner hunting and gathering.  In the surrounding areas, cultured pearl farming, aquarium fish harvesting, mud crabbing, mackerel trolling and mineral exploration take place.

Access is limited to small numbers of self-sufficient visitors, who come to enjoy scenic views in a remote setting. Activities include camping, wildlife watching, photography, hiking, boating and fishing and there are opportunities to learn about the rich cultural and historical values of the area.

Cobourg Peninsula is home to the Arrarrkbi, an Iwaidja speaking people of West Arnhem Land, who own, occupy, access and use the land and resources of the region. The traditional owners have lived on the Peninsula for over 40 000 years. In many Dreamtime stories across the Top End of Australia, it is said that the Creation Ancestors first entered Australia via Malay Bay near the Cobourg Peninsula, before travelling across the rest of the country creating people and places.

For the traditional owners, the natural values of the region are the result of their ancestors’ stewardship that needs to be carried on today. The lack of disturbance means that sacred sites and significant places are kept safe and the fact that Arrarrkbi live on the Peninsula means that knowledge of these places can be passed on to the younger generations.

The Arrarrkbi continue many of the cultural practices which have been handed down over generations, including using traditional native food sources and fire management practices. They collect yams and bush fruits, find bush honey, catch fish and harvest marine creatures in the inter tidal zone. As well as independent traditional land and sea management practices, Arrarrkbi people engage in land and sea management through employment as rangers with the Parks and Wildlife Commission. For example, they undertake fire, weed and feral management, coastal surveillance and ghost net management, as well as monitoring of fauna, weeds, ghost nets and illegal fishing vessels. 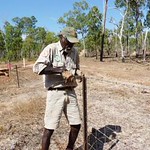 The site is part of the Garig Gunak Barlu National Park, which is managed under a joint agreement between the traditional owners (the Arrarrkbi) and the Northern Territory Government (through the Parks and Wildlife Commission), the first of its type in Australia.

The site is managed in accordance with an adaptive management framework which includes a five year Integrated Conservation Strategy. The Strategy summarises the Park’s key conservation values and outlines how these values will be protected and maintained by managing key threats. It specifies priorities, strategic intent and provides direction for Rangers to prepare annual fire, weed and feral animal action plans. The planning aims to maintain the key conservation values of the site, while allowing for use by traditional owners and visitors.

The largely intact nature of key habitats and the relatively low level of threats in the Park, play a major role in the current very high biological values. To maintain the conservation and cultural values in the Park, management needs to focus on preventing threats, managing existing threats and being vigilant to potential future threats. Improving the understanding of the conservation values and monitoring them over time is essential. Management effectiveness will be reviewed in detail to re-evaluate the condition of the conservation values, status of threats, management targets, monitoring programs and means to improve effectiveness and landscape condition.