On 18th July of 2019, there was an event for releasing 15 young Saunders’s Gulls in Songdo, Incheon, Republic of Korea. These young gulls were captive raised at Research Center for Endangered Species operated by the National Institute of Ecology in order to safeguard the species which breeds in the area. The event was celebrated by various participants like the Ministry of Environment Korea, Incheon Metropolitan City, National Institute of Ecology of Korea, EAAFP Secretariat and other local NGOs.

To protect the Saunders’s Gull which breeds in Songdo, Incheon, Republic of Korea, a “Headstarting” approach was applied to secure the breeding population. This activity was to protect the previous eggs of Saunders’s Gull which were found breeding in Songdo from the other threatening factors such as predation by Raccoons or Magpies, so that the it would increase the breeding success of this breeding colony.

The Saunders’s Gull juveniles to be released © Haejin Park/EAAFP

After collecting 40 eggs from its 200 nests in May, they were incubated artificially. Eventually 34 chicks hatched. This high hatching rate of the hatch was 2 times higher than that in natural condition. Among those, 31 individuals fledged. For the last two months, these fledglings started to learn how to feed, to fly, and to recognize other mature species. At last, 15 individuals were selected to be released out to its original habitat at the Incheon Songdo Tidal Flat. 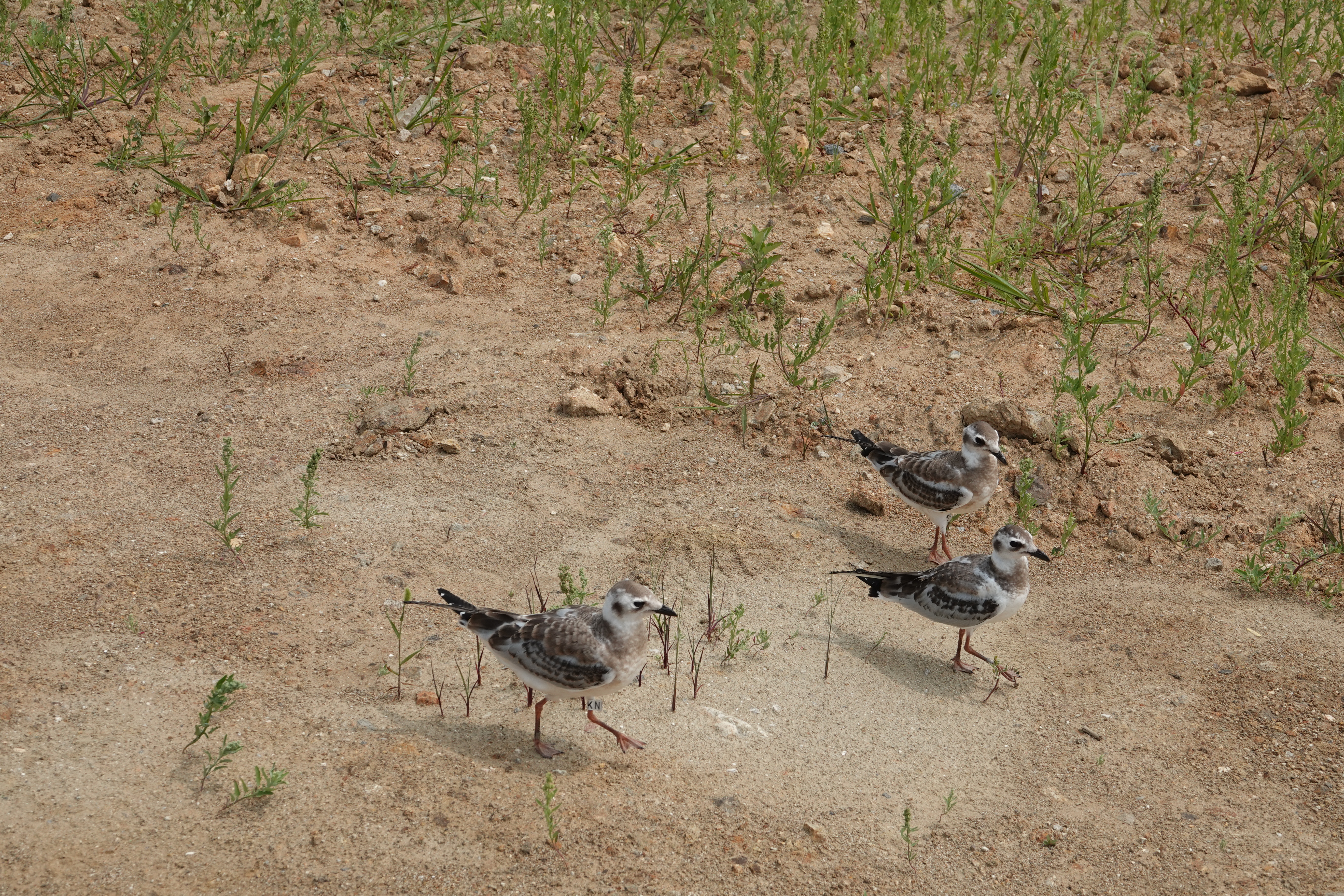 This was the first case of ‘Headstarting’ project of the Research Centre for Endangered Species. To further understand their migration ecology, the released birds were tagged with white coloured engraved flags on their left legs, and two of them were even tagged with satellite tracking. The information to be collected can be shared with other cooperative research groups along the EAAF and EAAFP Seabird Working Group.

If you see these Saunders’ Gull with leg flags, please report the date, location and leg flag number (if possible) to: