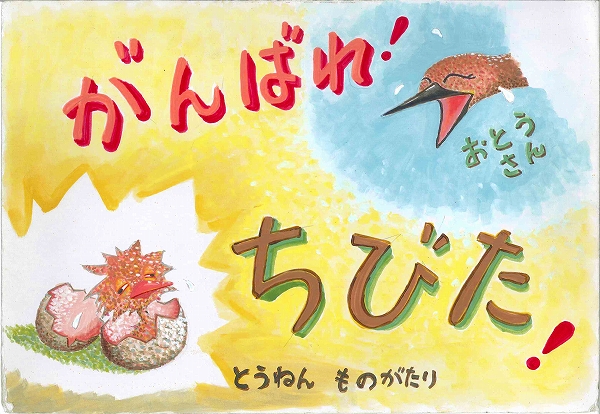 Kamishibai “Gambare Chibita! (Hang in there, Chibita, a Red-necked Stint)” is now available to download and play for children at home and in the visitor centres. “Gambare Chibita” is a story of a juvenile Red-necked Stint called Chibita (which means “small boy”), that visits Yatsu-higata Tidal Flat which is a Flyway Network Site as well as a Ramsar site in Narashino City, Chiba, Japan. The show was developed by the Kamishibai Project of the Yatsu Higata Nature Observation Center, the facility of City of Narashino, Chiba, Japan. The Kamishibai Project is one of the citizen volunteer groups of the Center. The group produces many handmade original Kamishibai story shows to introduce the life of waterbirds and living creatures of the tidal flats. It performs Kamishibai shows every 3rd Sunday for the visitors. Chibita’s story is also performed in Boondall Wetland and other places in Australia through the wetland exchange programme between Narashino City and Brisbane City of Australia.

To download the story slides and the script, please check the Center’s website (https://www.seibu-la.co.jp/yatsuhigata/news/19241.html 日本語) and look for the PDF icons. The top one is the Kamishibai slides (2.7MB) and the bottom one is the script (790KB).

<Copyright and terms of the usage of the Kamishibai story>

The copyright of the Kamishibai story “Gambare Chibita!” belongs to the City of Narashino. Anyone can download and print out the slides and the script but they cannot be used for any commercial purpose. Also, they cannot be sold or put on the websites or other documents and modified. City official will not take responsibility for damages and any other problems occurring from the use of this Kamishibai story.