Eaaflyway > All News > “Flyways – connecting people and migratory waterbirds” The Tenth Meeting of Partners for The East Asian-Australasian Flyway Partnership, Hainan, 10 to 14 Dec, 2018

“Flyways – connecting people and migratory waterbirds” The Tenth Meeting of Partners for The East Asian-Australasian Flyway Partnership, Hainan, 10 to 14 Dec, 2018 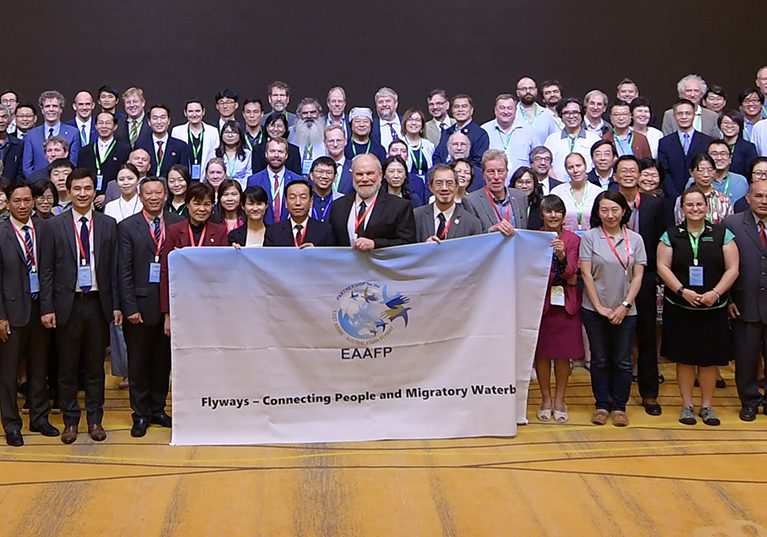 Participants from over 20 countries are gathering for the 10th Meeting of Partners (MOP) to the East Asian-Australasian Flyway Partnership (EAAFP) in Changjiang City (Hainan, China) from 10th to 14th December. The purpose is to discuss the conservation of migratory waterbirds and their habitats along the East Asian-Australasian Flyway. During the opening ceremony, the EAAFP welcomed two new partners, one governmental – Democratic People’s Republic of Korea (DPRK) and one non-governmental – the Paulson Institute. Eight new EAAFP Flyway Network Sites were recognised from five countries including Bangladesh, DPRK, Republic of Korea (ROK), Myanmar, New Zealand.

Annually, over 50 million waterbirds migrate between their breeding grounds as far north as Alaska and the Russian Far East, and their non-breeding grounds as far south as Australia and New Zealand. The 12,000km-route used by many of these waterbirds is called the East Asian-Australasian Flyway. These waterbirds include ducks, geese, swans, cranes, shorebirds and seabirds, with 33 species being classified as being threatened internationally. The purpose of EAAFP is to link people along this flyway to promote dialogue, cooperation and collaboration to conserve migratory waterbirds and their habitats.

Mr. Pete Probasco (Chair, EAAFP), said “The EAAF is one of nine flyways around the world that is used by migratory waterbirds but it is the flyway that has the highest number of globally threatened and near-threatened species.”

He went on to explain that “Due to the rapid economic development in many of the countries along the EAAF over the past few decades, many of the critical staging areas where these migratory waterbirds rest and feed during their long journey have been lost or degraded.”

Prof. Lei Guangchun (Beijing Forestry University) gave an example. “The Great Knot, a small shorebird weighing only 140 grams, migrates between Australia (wintering ground) and the Russian Far East (breeding ground) and used to have a population of some 380,000 individuals. However, due to the loss of their habitats, the population has declined by 78% in 22 years and the species is now classified as endangered in the International Union for Conservation of Nature (IUCN) Red List.”

Prof. Lei continued “through this meeting, we can develop and agree on strategies for the next 10 years, to efficiently protect endangered species and other waterbirds in this flyway. The communication among government, NGOs, site managers, researchers and other stakeholders to develop collaborative action plans is important.”

Mr. Wu Zhimin (Director General, Department of Wildlife Conservation, National Forestry and Grassland Administration) expressed that “ Since joining the EAAFP in 2007, China has been actively fulfilling its duty as a Partner of EAAFP, such as improving relevant laws and regulations, developing monitoring and surveys of wetlands and migratory waterbirds, habitat restoration, awareness raising and education.”

Ms. Rose Niu, (Chief Conservation Officer, Paulson Institute) said, “Paulson Institute is pleased to join EAAFP as a partner to strengthen our mutual efforts on the conservation and sustainable use of the coastal wetlands around the Yellow Sea for the benefit of migratory waterbirds and the local population.”

“Since 2014, Paulson Institute has worked to conserve China’s coastal wetlands” Ms. Niu pointed out. “We have partnered with the National Forestry and Grassland Administration and its predecessor agencies, the Chinese Academy of Sciences and many other partners, with financial support from the Lao Niu Foundation and Heren Foundation. The China Coastal Wetlands Blueprint Project has been a core part of our efforts. The Blueprint showed that although China’s coastal wetlands only represented 0.6% of the land area, they offered ecosystem services with an annual value of USD200 billion.”

Following publication of The Blueprint and its compelling recommendations, the Chinese government announced a series of steps to conserve the important tidal-flats around the country, including a proposal to nominate a series of coastal sites along the Yellow Sea and Bohai Bay for World Heritage status.

In the coming week, there will be reports about the outputs and issues raised by the Partners as well as Working Groups and Task Forces. Fourteen decision documents will be adopted, including the EAAFP Strategic Plan for the next 10 years.

Group photo of delegates at The Tenth Meeting of Partners for The East Asian-Australasian Flyway Partnership (Photo credit: Eugene Cheah/EAAFP) 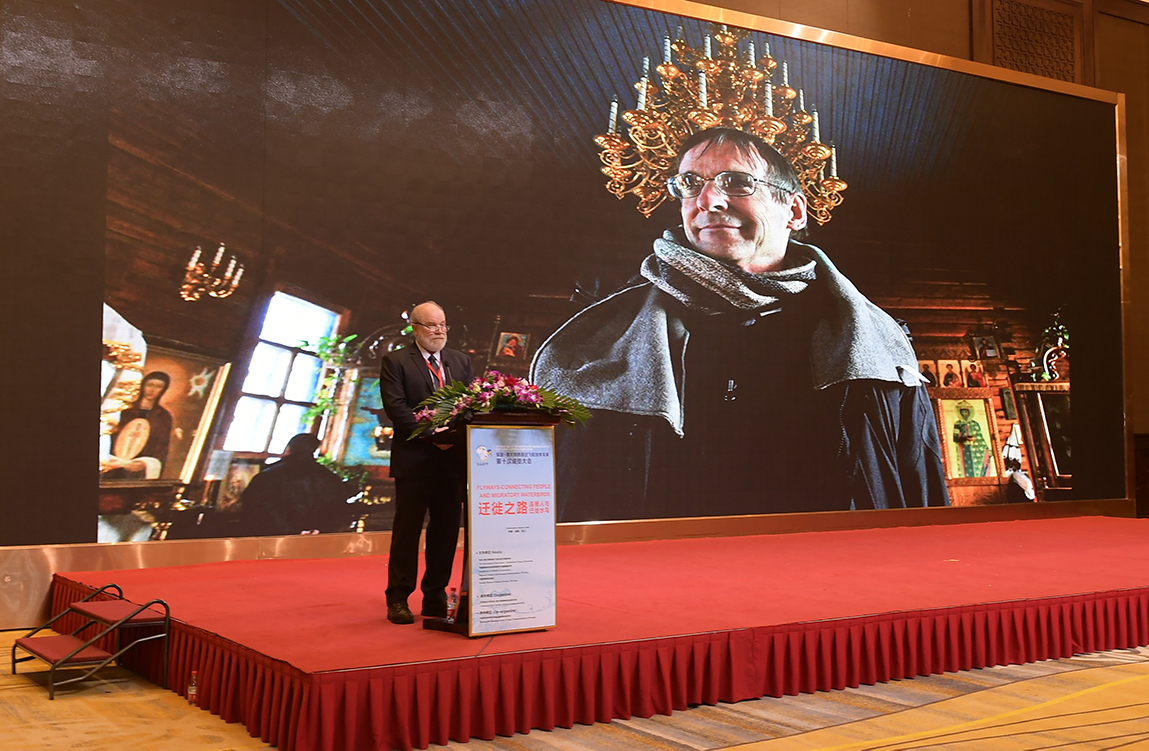 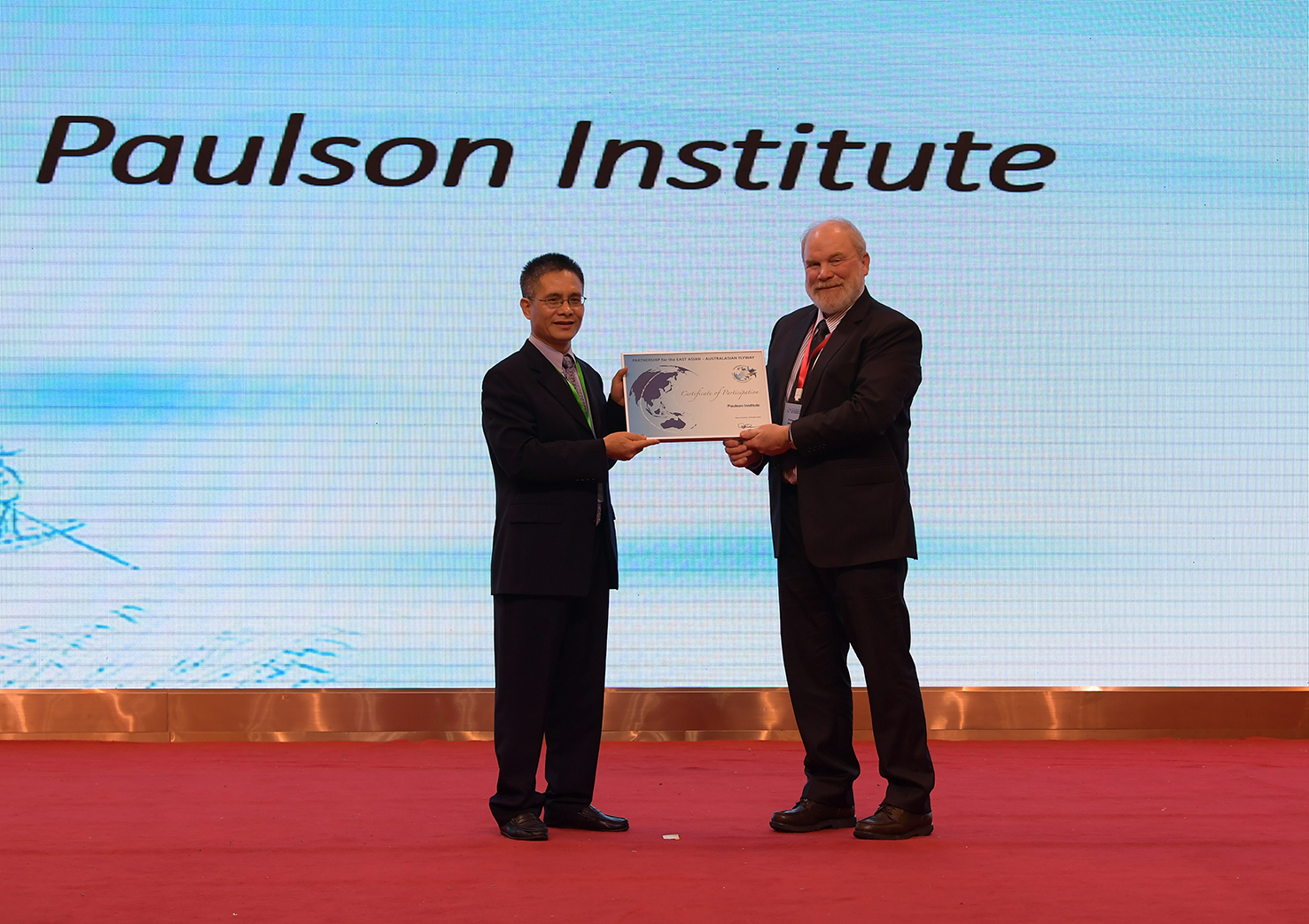 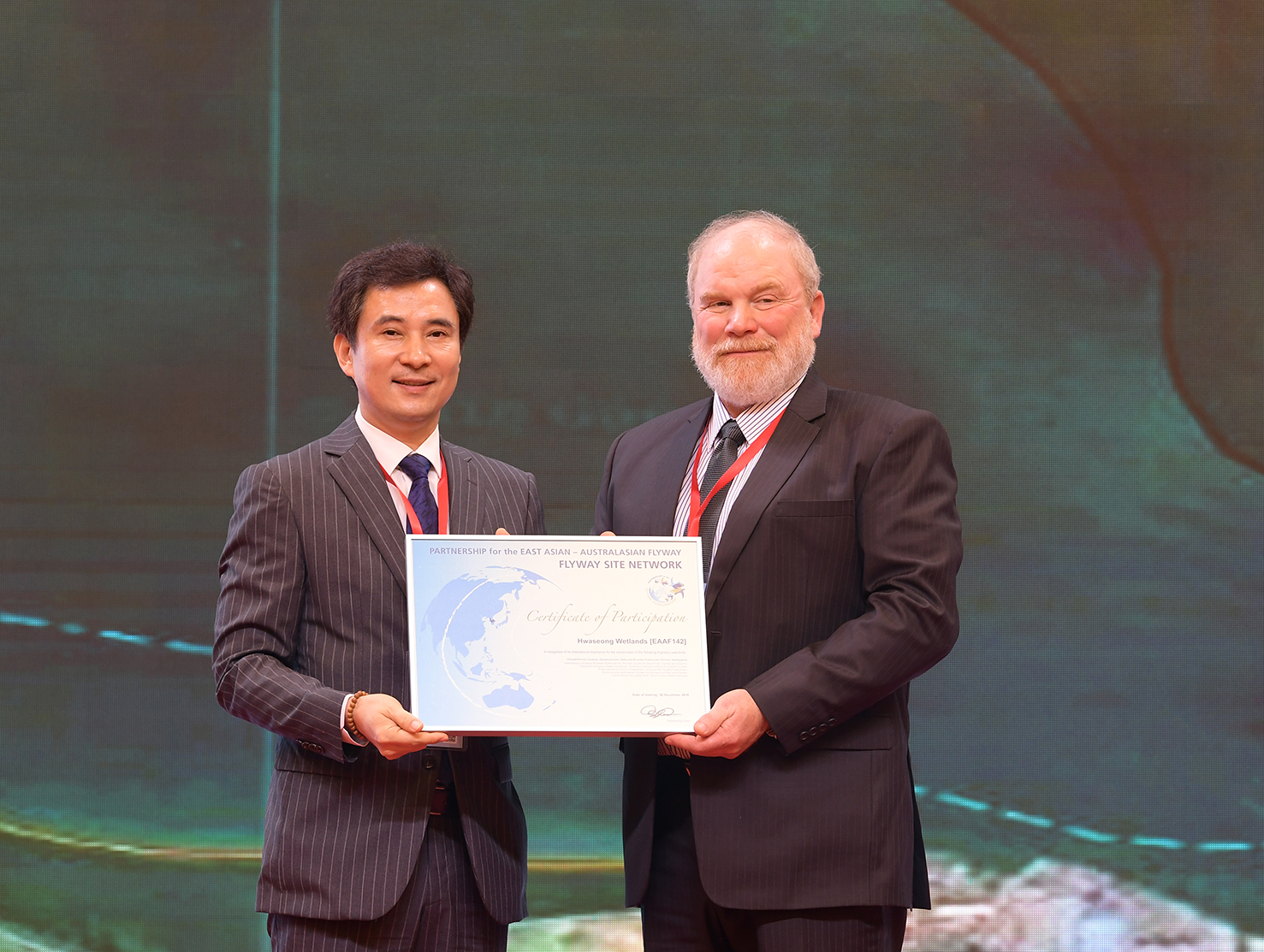 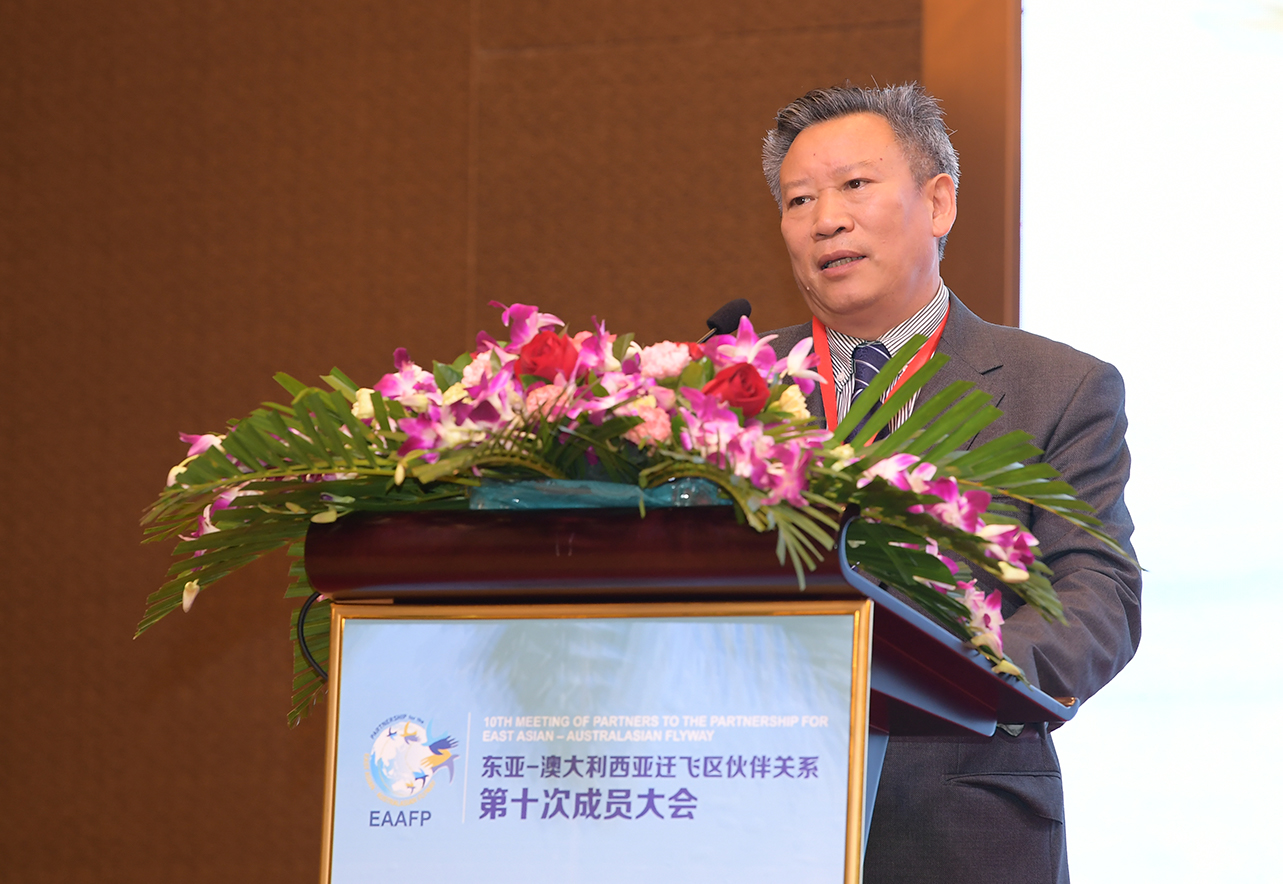