Field Trip to the Seocheon

On the first day of the field trip, we visited the Geum River Estuary, Saemangeum Project Area, and Seocheongun Birds Eco Exhibition Hall (http://www.seocheon.go.kr/bird.do) where we met Dr. Joo Yong Ki, the active local conservator, and Mr. Hongtae Jeon, the site manager. On the first two floors of the exhibition hall, there were many birds-related exhibits – souvenirs, real-sized bird sculpture in the realistic environment, visitors’ works, and an explanation of birds’ habitat in Seocheon. The Exhibition Hall was well planned with many types of activities for visitors, including birdwatching with scope, wearing bird mask, the promotional video of migratory birds that visit Seocheon, and a 3-D experience of the life of a migratory bird. 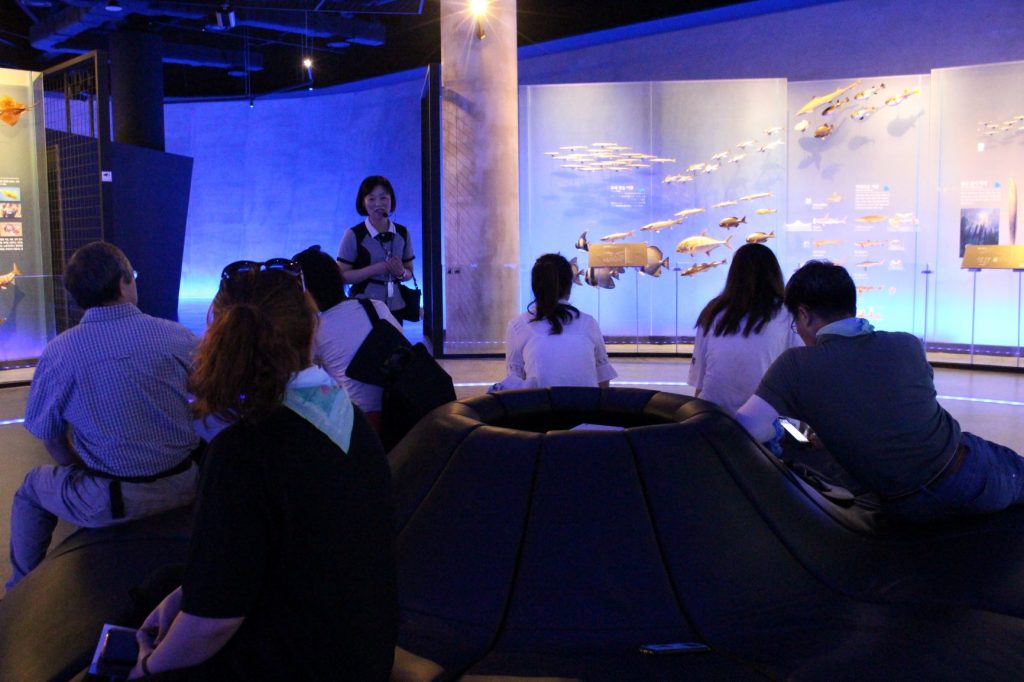 Dr. Joo guided us to some of the important high-tide roosting sites where there were many different species of waterbirds: Egrets, Far Eastern Curlew, Saunder’s Gull, and snipe.

The sea Saemangeum was the last place we visited on the first day. Construction of Saemangeum was once even still the most controversial issue among environmental conservationists because it causes negative environmental changes within the area. For example, it contaminates water quality inside and outside of Saemangeum seawall. In addition to, it decreases marine biodiversity. Dr. Joo was also one of the opponents.

In the second day of the Seocheon field trip, we visited the Marine Biodiversity Institution Korea (MABIK)(http://www.mabik.re.kr/html/kr/). There was a well-organized exhibition hall with which explained the ecology of marine life with specimens to look at. We were guided by a professional narrator who kindly explained each one of the exhibits. It was so impressive that there are amazingly many kinds of living things in marine environment than we normally expect.

Before coming back to Songdo, we went to Yubu island with Dr. Young-Min Moon to review the current status of the mudflats and many waterbirds at high tide as well. We were so excited that we saw Common Greenshank and Nordmann’s Greenshank there. Furthermore, there were Kentish Plover, Saunders’ Gull, and Grey Heron. It was so impressive that a flock of Saunders’ Gull stands in a queue at the edge of mudflat where meets the sea. It was like fans waiting for the concert! 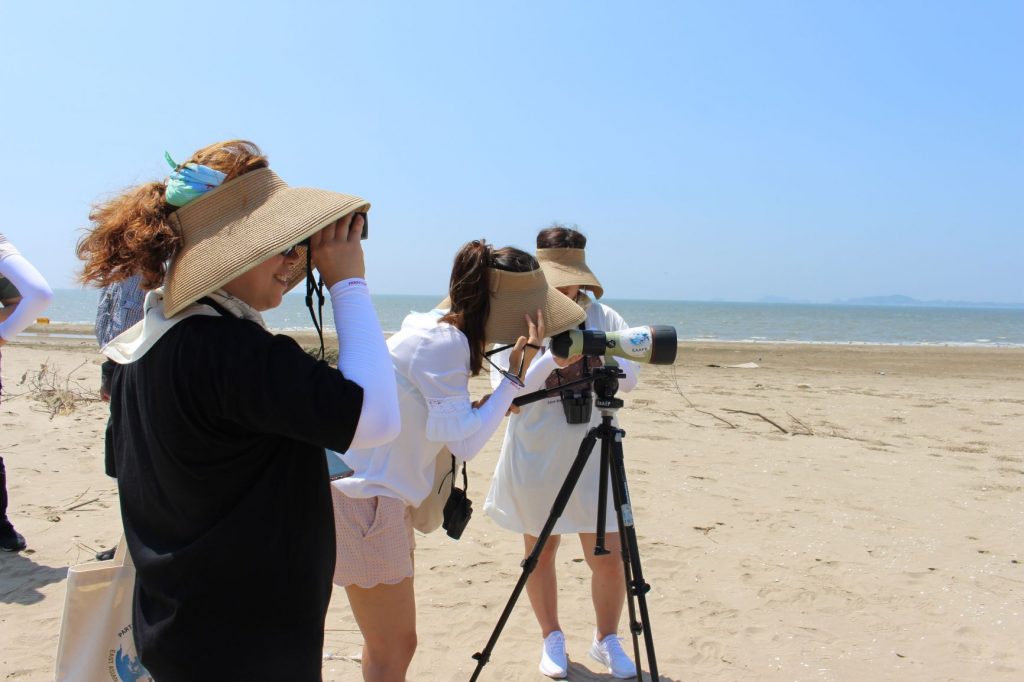 Actually, we did not expect to see this many birds in this season before visiting Seocheon, but we re-realized that this is the reason why EAAF100 Geum River Estuary and EAAF101 Yubu-do Tidal Flat are designated as EAAFP’s flyway sites. And, we decided once again to work hard for conserving migratory waterbirds and their habitats.