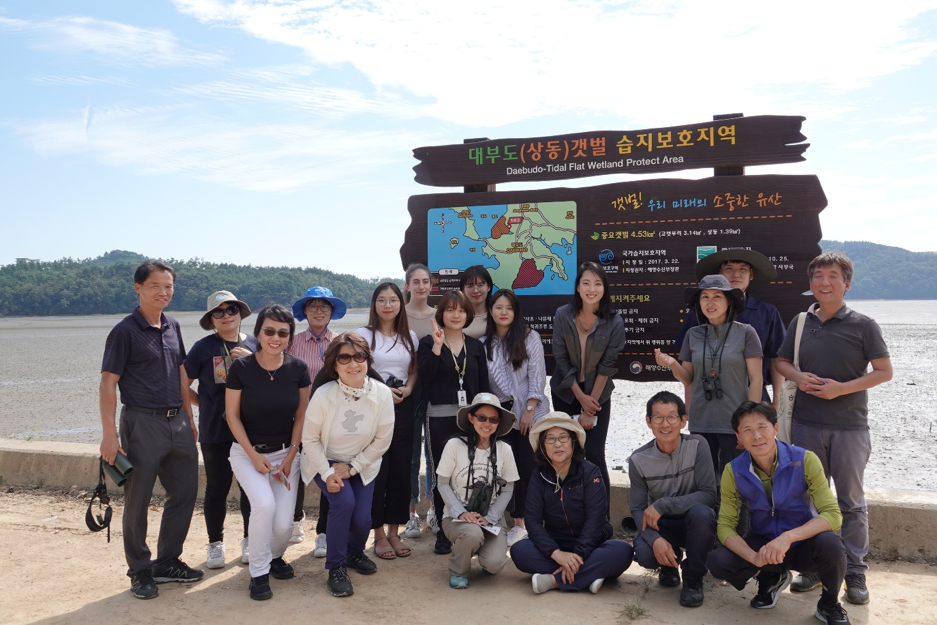 On 9 July 2019, Ansan Daesong Wetland Preservation Panel Discussion was held in Ansan City Hall to provide an open discussion about preserving Ansan Daesong Wetland, with a special focus on discussing the potential of designating Ansan Daesong Wetland as a new Flyway Network Site (FNS). The event was co-organized by three organizations: Ansan Evergreen Foundation, Local Agenda21 for Ansan and Ansan Daesong Property Research Group, with an open invitation to any interested individuals. Ms. Hyeseon Do, Programme Officer, attended the event as an expert guest speaker to share the appropriate knowledge and importance of conserving wetlands, for not only the nature but also for the co-existence of nature and people.

Following the discussion, on 19 September 2019, EAAFP Secretariat went on a field trip to the Ansan City to explore and research “Daebu-do Tidal Flat”, which was designated as a Ramsar site in October of 2018 (Daebu-do Tidal Flat, RIS2359), is located in the middle of Gyeonggi Bay, and one of the Yellow sea wetlands Fortunately, Ansan city government, Ansan Environment Foundation, Korea Marine Environment Management Cooperation , Sihwa Lake NGO were accompanied with the Secretariat to guide and explain the site elaborately.

In this tidal flat, 100 kinds of microphyto-benthos, 26 kinds of halophytes, 100 kinds of zoobenthos and 57 kinds of seabirds were found. Chinese Egret (VU), Whimbrel, Great Crested Grebe are the key species and Black-faced Spoonbill (EN) is staging this area for feeding itself. Recognized the importance of its sustainability, it was also nominated legally as a Wetland Protected Area under the Wetland Conservation Act in 2017. 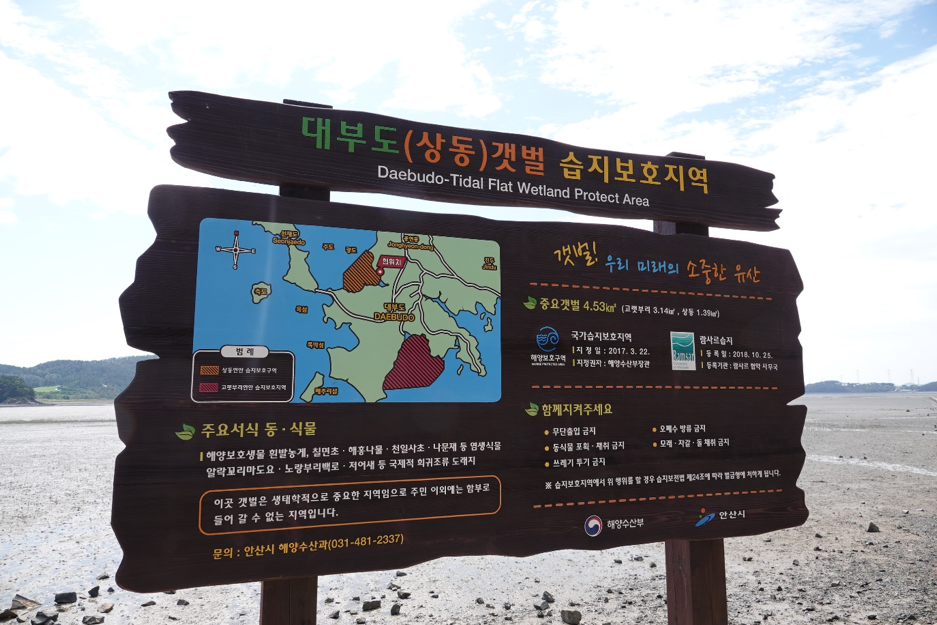 Out of the three 3 different tidal flats in Daebu-do, the Secretariat visited ‘Daesong wetland’ for the first place. It is one of the biggest breeding sites to Great Crested Grebe. Daesong wetland was not included in the Ramsar site before. However, fortunately, Daesong wetland was conserved well due to city’s effort of limiting people’s approach. The city has a plan to recognize and pay more attention to the site for continuous conservation, given the current threats by racoon dogs recently. 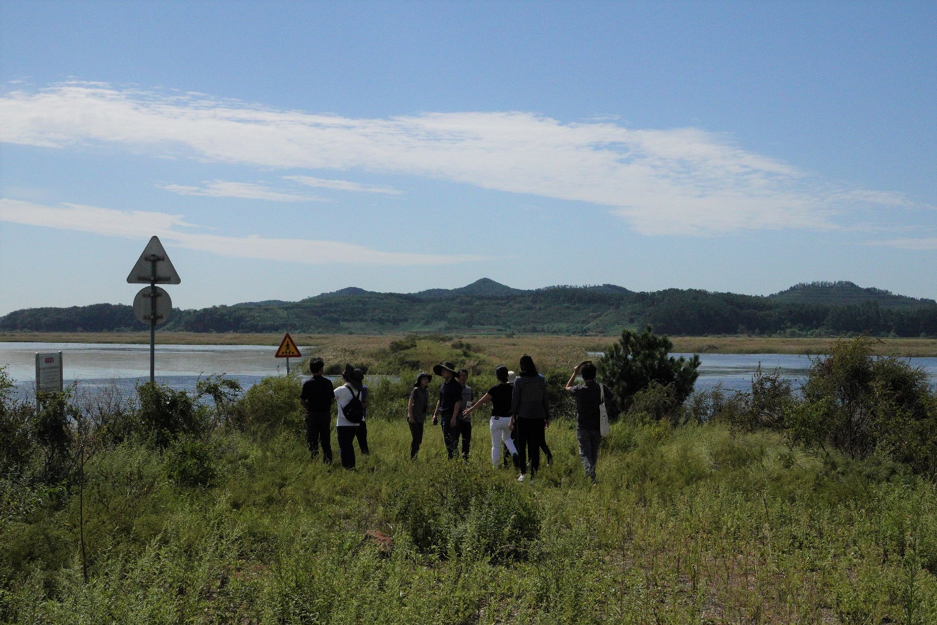 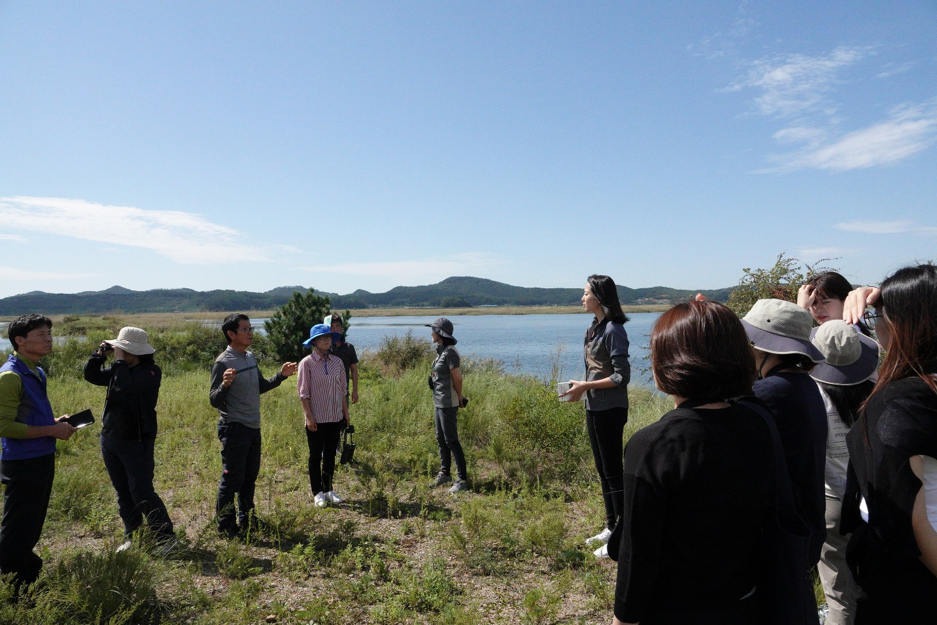 Next, the Secretariat could arrive at ‘Goraetburi Tidal Flat’. Mr. Junsik Ahn showed the urban plan map, that the city has an urban plan to reclaim a part of it to use as an agricultural purpose along the overall Daebu-do tidal flat. Instead, they are now seeking for a way to make an alternative wetland.  In addition, they are planning to build a visitor centre to allow more accessibility to the public in the future. 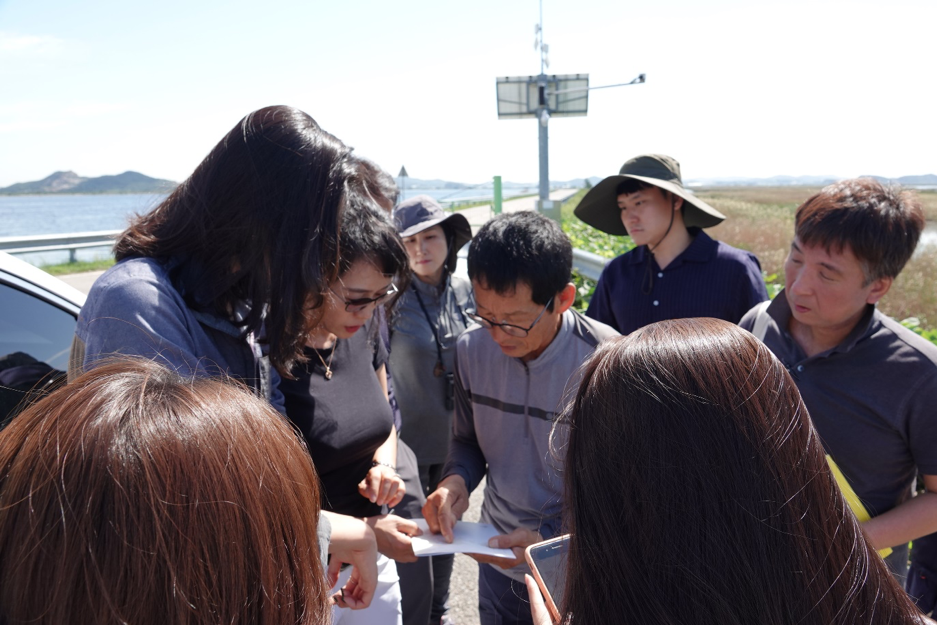 Lastly, ‘Sangdong Tidal Flat’, unlike other normal tidal flats comprising of mud and sand, it has a landscape with various materials such as rock fragments and gravels. It also has a unique tidal flat covered with Suaeda japonica. Under the strong sunshine and it was in low tide period, it was hard to watch a bird but one Black-faced Spoonbill watering itself was observed luckily. 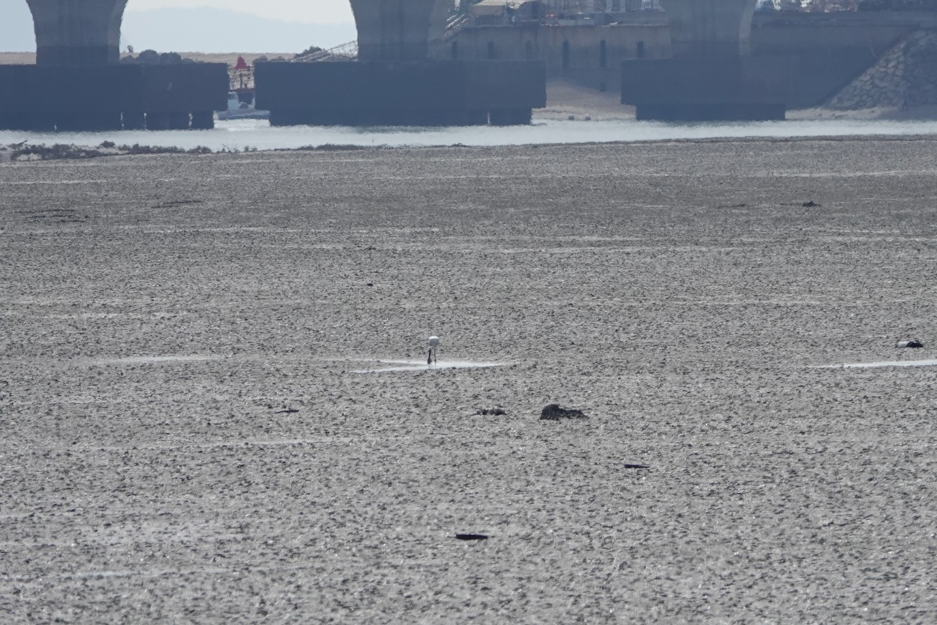 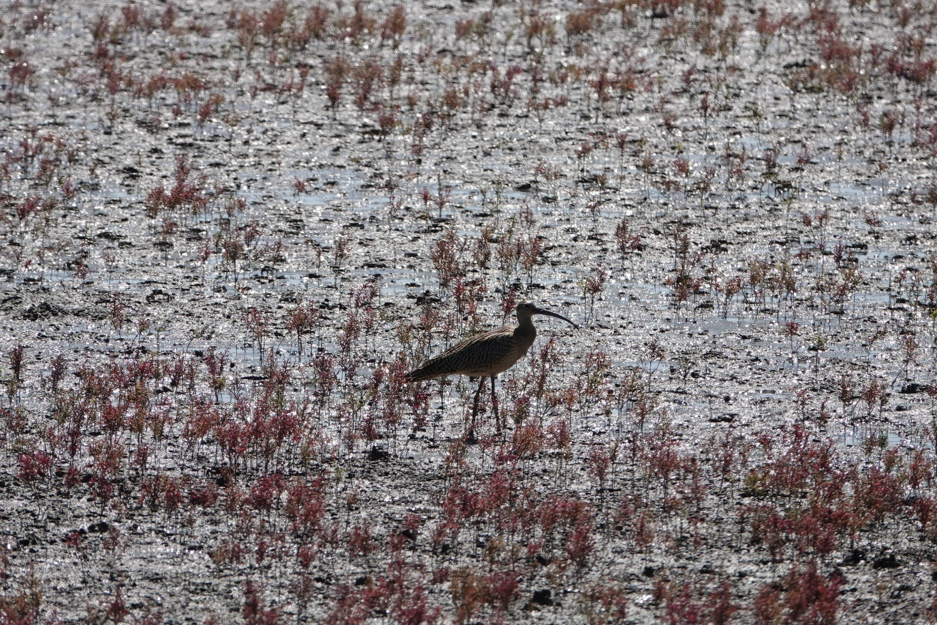 Around the tidal flat, there was a saltern and the environmental education programme for students. This location was remote somehow and has relatively small area so that it’s utilized by presenting some education programmes, rather than expanding the size of promotion. 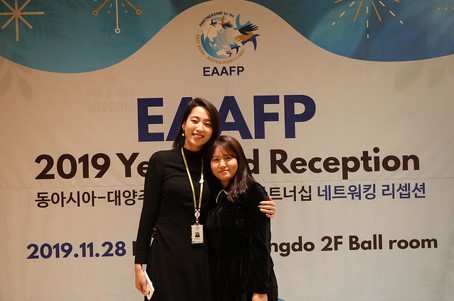 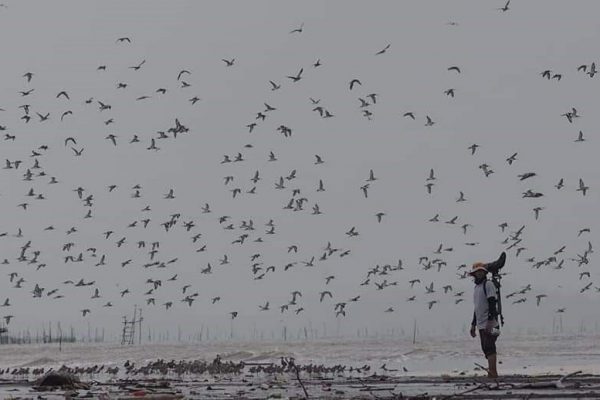 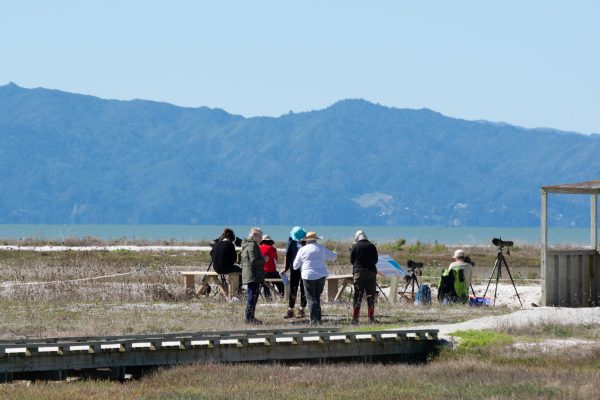