The Seventh Meeting of the Partners of the East Asian – Australasian Flyway Partnership (EAAFP) was held in Anchorage and Seward, Alaska, USA on 10-14th June 2013, hosted by EAAFP Partner, U.S. Fish & Wildlife Service. 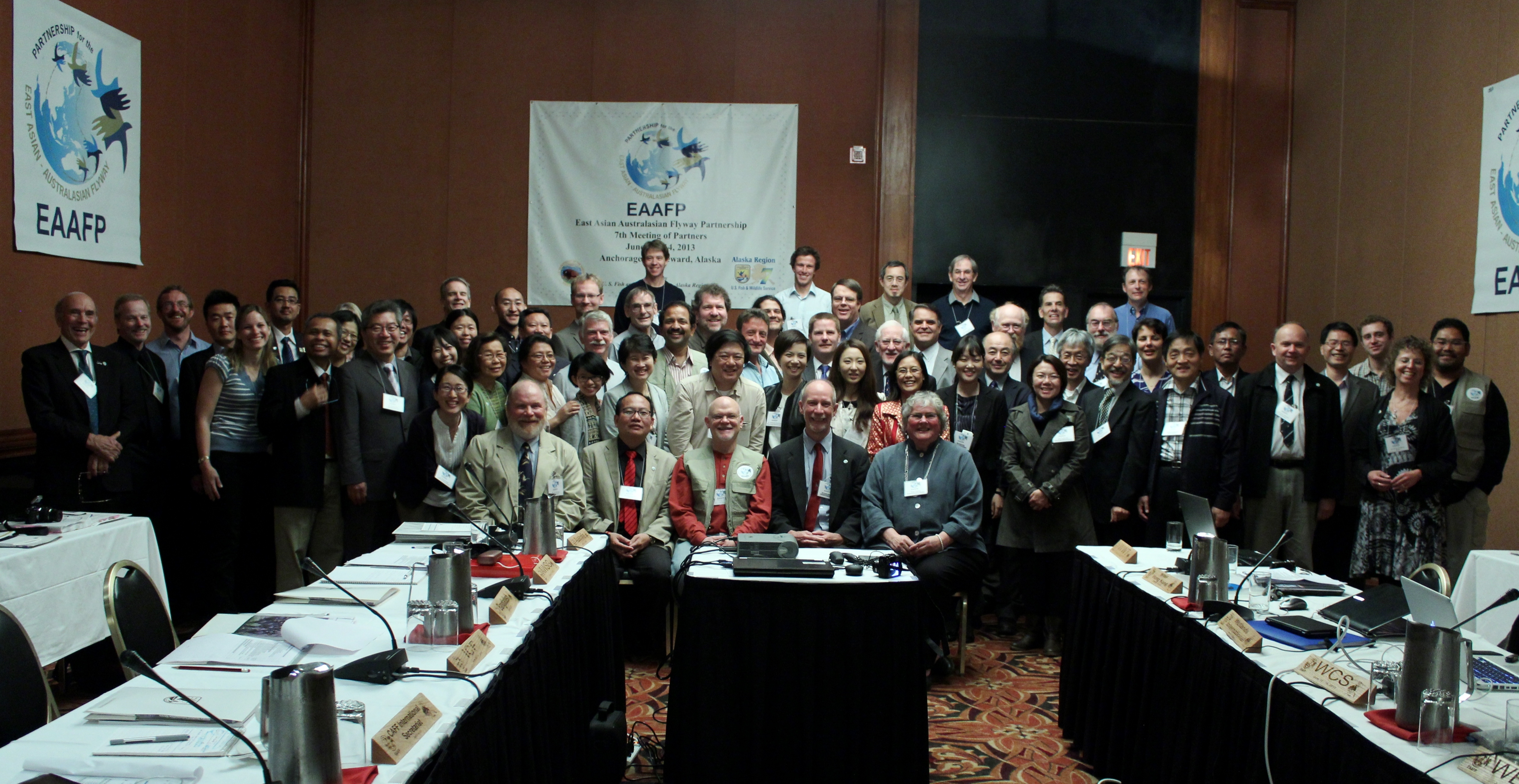 Three new Partners were welcomed at the Meeting: the Government of Malaysia, Wildlife Conservation Society and the Secretariat for the Conservation of Arctic Fauna and Flora (CAFF) of the Arctic Council. The total number of Partners now stands at 30, including 15 National Governments.

During the Meeting, China was elected as the new Chair of EAAFP, with USA as Vice-Chair. Technical discussions centered around prioritization of shorebird and seabird species in the Flyway, as well as Network Sites. A new Working Group to address the recent precipitous decline of Baer’s Pochard (learn more) was formed and plans to advance conservation of inter-tidal habitats in the Yellow Sea were also agreed. The Spoonbill Sandpiper Task Force launched a video on the Journey of Spoonbill Sandpiper during Report-back session