A development proposal that could destroy part of the Moreton Bay EAAFP Flyway Network Site [EAAF103] and a Ramsar Site in Australia has, alarmingly, advanced to the next stage in the approvals process, despite international commitments by the Australian government to wetland protection and migratory waterbird conservation.

Moreton Bay is an internationally significant wetland for the Far Eastern Curlew in Australia, regularly supporting over 3500 individuals, around 10% of the global population of this endangered species.

The development footprint of a proposed apartment complex and marina at Toondah Harbour in Moreton Bay includes over 40 hectares of wetlands within the Ramsar site, which provides valuable feeding habitat for Far Eastern Curlew and other migratory shorebirds. The development would also cause significant disturbance to nearby high-tide roosts.

The recently endorsed International Single Species Action Plan for the Conservation of Far Eastern Curlew lists protecting non-breeding areas as an essential priority for safeguarding the future of this species. The proposed development at Toondah Harbour is in direct conflict with this priority action. 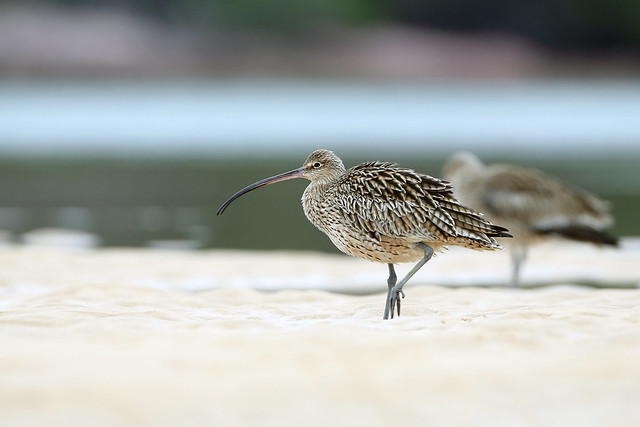 The development proposal was originally referred to the Australian Government in 2015 for assessment under the Environment Protection and Biodiversity Conservation Act (1999), Australia’s highest level of legislative environmental protection.

Environment and community groups called on the Australian Government to reject the proposal outright given the intention of the developer to develop within the Ramsar site.

Instead of rejecting the proposal, in June this year the Australian Government decided to progress it to the next stage of the assessment process.

By doing so, the Australian Government has called into question its commitment to upholding its commitment under the Ramsar Convention and to protect threatened migratory shorebirds.

If this development proposal is approved, it sets a dangerous precedent for not only EAAFP and Ramsar-listed wetlands in Australia, but across the world.

As the most important wetlands in the world, Ramsar wetlands should never be developed.