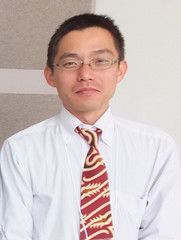 EAAFP’s newsletter has been produced monthly since January 2015. The topics are mainly reports about the recent activities of EAAFP Secretariat, Partners, Working Groups and Task Forces, as well as meeting reports and schedules, and topical news on migratory waterbirds and their habitats in East Asian-Australasian Flyway.

In Japan, we have the EAAFP National Meeting that provides a forum to exchange opinions between agencies and experts who support the national implementation of EAAFP. In the last meeting, there was a comment that translating and disseminating the EAAFP e-Newsletters in Japan is important to raise the profile of EAAFP and its activities. During these discussions, we agreed that translating all articles requires too much effort and even though many Japanese people are not very good at English, they will try to read articles written in English if they think that those articles are of interest. They concluded that it is sufficient to translate the table of contents (such as headings in the EAAFP e-Newsletter), and not all the news article texts linked from the e-Newsletter. So we, at BirdLife International Tokyo (which is the EAAFP National Secretariat in Japan), started translation voluntarily.

Translated e-Newsletters are uploaded on BirdLife International Tokyo’s website. In addition to that, we send them to coordinators of the Anatidae, Shorebirds and Cranes National Networks and through them to subscribers of those email lists (please see http://www.eaaflyway.net/a-presentation-on-japans-national-partnership/ for more information about national networks). The email lists are for information exchange among members including Flyway Site managers and researchers.

In the Japanese version, articles that are very much related to Japan are picked up and put into a ‘Topics’ section at the beginning of the newsletter. Some articles are fully translated into Japanese including the one about the conservation of Chinese Crested Tern (August 2015 edition) that Birdlife International has been supporting a lot. In addition, we will start posting the notice on the release of translated e-Newsletters on recently opened BirdLife International Tokyo’s facebook page.

Thank you very much Mr. Sawa for the explanation and for your contribution!

Please let us know if there are cases in other countries where EAAFP’s e-Newsletters are utilised nationally.