Eaaflyway > Partnership News > EAAFP at CMS COP12: Their Future is Our Future

EAAFP at CMS COP12: Their Future is Our Future

EAAFP staff pose in front of the CMS COP 12 logo

The Convention on the Conservation of Migratory Species of Wild Animals, or more simply, the Convention on Migratory Species (CMS), is an international organization put together under the United Nations Environment Programme with the goal of conserving the terrestrial, marine, and avian migratory species throughout their range. As such, CMS and the East Asian – Australasian Flyway Partnership (EAAFP) have very similar objectives and it shouldn’t come as a surprise that CMS has been a partner of EAAFP since the Partnership’s inception in 2006. Throughout the more than ten years CMS and EAAFP have been partners, the two organizations have been able to collaborate on Single Species Action Plans and a number of projects including the World Migratory Bird Day (WMBD) campaign.

Every three years, CMS organizes its Conference of the Parties (COP), its principal decision-making body. This meeting of parties and observers serves as one of the world’s major international environmental conferences and stands out in its ability to promote further progress for the conservation of each of the migratory species it aims to protect. This year’s COP, the Twelfth Conference of Parties (COP12), was held from the 23rd to the 29th of October and hosted by the Department of Environment and Natural Resources in Manila, Philippines.

EAAFP Staff in the Plenary Hall

Five members of the EAAFP Secretariat, led by Tomoko Ichikawa, our communication officer, flew to Manila to take part in the conference. Throughout the event, EAAFP was very active in its role as a representative of the East – Asian Australasian Flyway (EAAF). The Partnership maintained a seat in the plenary, while also hosting its own side event, participating in four others, and putting together an exhibition booth for the benefit of all COP12 participants.

This year’s COP can certainly be seen as a victory for the species of the East – Asian Australasian Flyway. A resolution was passed for the establishment of a lead task force that will hopefully help lead to the decline of the use of toxic lead-based ammunition. The Philippines stressed the urgent need to address coastal habitats and proposed a global conservation forum to address the specificities of this ecosystem. After a few edits, it was adopted. Another resolution, “Promoting Conservation of Critical Intertidal and Other Coastal Habitats for Migratory Species”, highlights the importance of these habitats for migratory waterbirds and encourages greater action and collaboration to save them. Also, after a decline of Far Eastern Curlew due to loss of mudflats in the Yellow Sea was noted, a Single Species Action Plan for Far Eastern Curlew was adopted. Importantly, a Single Species Action Plan was also adopted for the Critically Endangered Baer’s Pochard. Read about the Side Event funded by EAAFP for the Single Species Action Plans here.

In addition, an Intergovernmental Task Force on Illegal Hunting, Taking and Trade of Migratory Birds in the East Asian-Australasian Flyway (ITTEA) was discussed as a possible future endeavor to be taken on by actors in the region. The EAAFP Secretariat and the Arctic Migratory Birds Initiative (AMBI) supported the observation of a situation analysis on the illegal hunting of migratory birds in South East Asia. Tomoko made a statement on the prospective task force to the plenary (seen below).

Like many other organizations present at COP12, EAAFP put together its own exhibition booth that lasted throughout the week. The booth had several activities, including a photo frame to take pictures with and the EAAFP To Our Winged Travellers campaign, which had visitors create artistic messages to send to migrating waterbirds wishing them safe journeys. The booth also had a rich supply of informational flyers on key species to the EAAF, the Partnership, and a host of other materials that were supplied by our various partners, including BirdLife International, attending the event. EAAFP was also able to give out promotional materials (T-shirts, pin badges, etc.) in exchange for donations that will be used for the Partnership’s CEPA activities. Our Far Eastern Curlew pin badges, partly designed by one of our interns, were especially popular.

Conference attendees pose for a photo inside the EAAFP booth

Conference attendees pose for a photo after creating a message for the EAAFP To Our Winged Travellers campaign.

Throughout the conference, many side events were held during the lunch sessions and in the evenings.  These side events were relatively short (usually around 45 minutes), but covered a range of topics and were extremely informative. Tomoko spoke at many of these side events, while the rest of the EAAFP crew worked together on putting on its own side event, “Conservation of Migratory Waterbirds and Habitats in the East – Asian Australasian Flyway: highlighting new species nominations by the Philippines and importance of the Philippines for waterbirds of the EAAF.”

The event started out with Tomoko giving a general overview of the EAAF, followed Arne Jensen of Wetlands International speaking on the important role the Philippines plays for migratory waterbirds in a flyway context. Next Dr. Simplicia Pasicolan from the Philippine Government gave an informative lecture on the three species that would be added to the CMS Appendix at the conclusion of the conference. Lastly, a wildlife researcher from the Haribon Foundation, Josiah David G. Quimpo, spoke on the important conservation actions currently underway in the Philippines.

Arne Jensen answers a question during the discussion portion of the side event.

The event concluded with a discussion session where speakers were asked to tell about the opportunities they knew of to increase the protection of waterbirds and safe habitats in the Philippines. Dr. Pasicolan spoke on the increased levels of awareness among citizens, especially compared to 20 or 30 years ago. She saw this as an encouraging sign that situations will continue to improve and noted that from her personal experience traveling throughout the country and talking to many people, many of whom in the past didn’t care much about what was happening to migratory waterbirds, are now the same people that are working most to protect them. Mr. Quimpo echoed Dr. Pasicolan and talked about the role social media is playing in increasing awareness. Mr. Jensen stressed the need to designate more protected areas in the Philippines, emphasizing that the Philippines needs to work to reconsider some of its laws that, in many ways, contradict each other when it comes to the conservation of vital habitats.

Overall, the members of the EAAFP team that worked on this event were very happy with the results as more than 80 people showed up to hear from the speakers.  As an organization, we would especially like to thank everyone that showed up to attend the event and all of the speakers for their contribution.

In the end, CMS COP12 lasted just a week, but thanks to the hard work of the many people involved, the decisions reached during this short period will have long-lasting effects for the continued protection of migratory species throughout the world. Outstandingly, this COP saw the adoption of 54 resolutions and a declaration stressing the links between migratory species and sustainable development. After this year’s extremely successful and encouraging COP, the East Asian – Australasian Flyway Partnership is greatly looking forward to attending the thirteenth COP to be held in India in 2020! 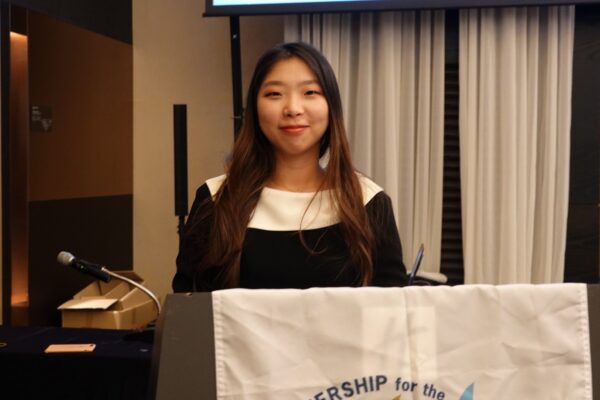 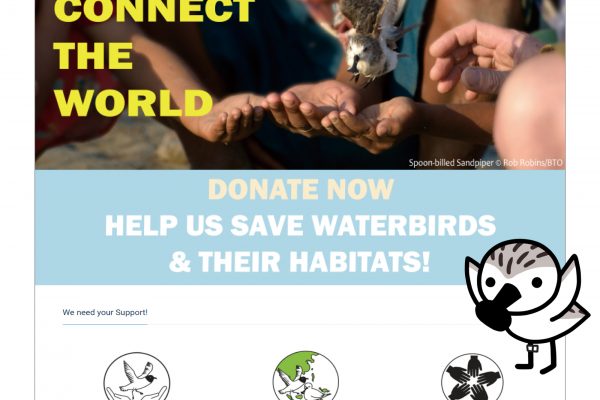