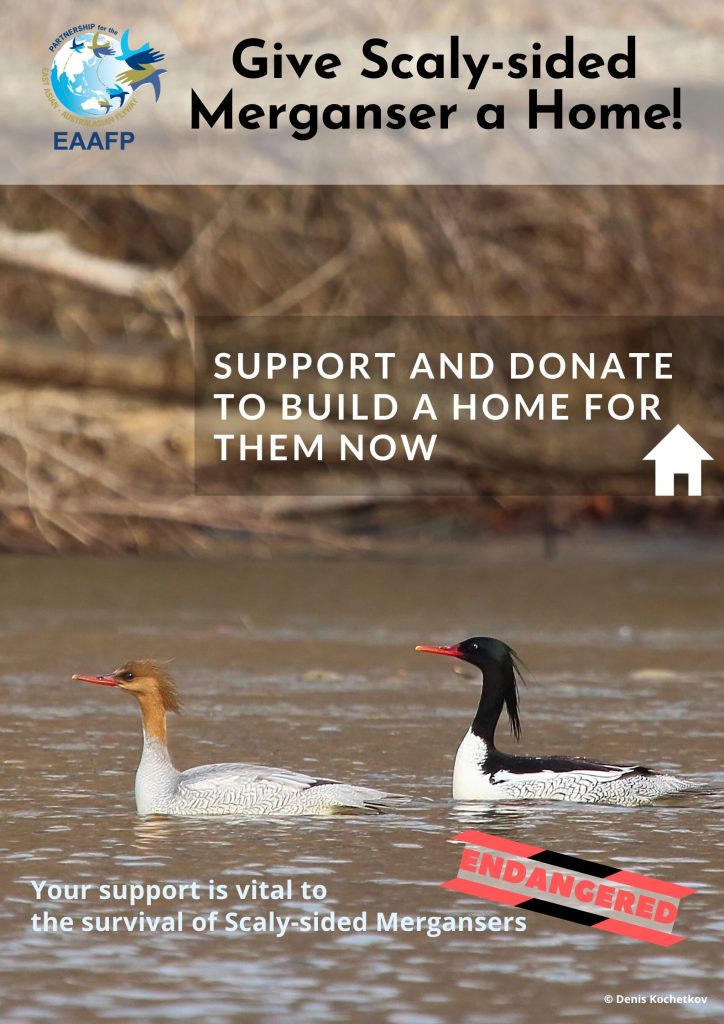 Give Scaly-sided Merganser a Home!

With a thin red bill and a scaled dark pattern on the flanks and rump, Scaly-sided Merganser is one of only four existing species of sawbills (nickname for large mergansers of the genus Mergus). Its existence is under threat because of habitat loss. 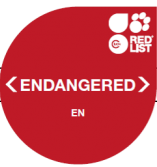 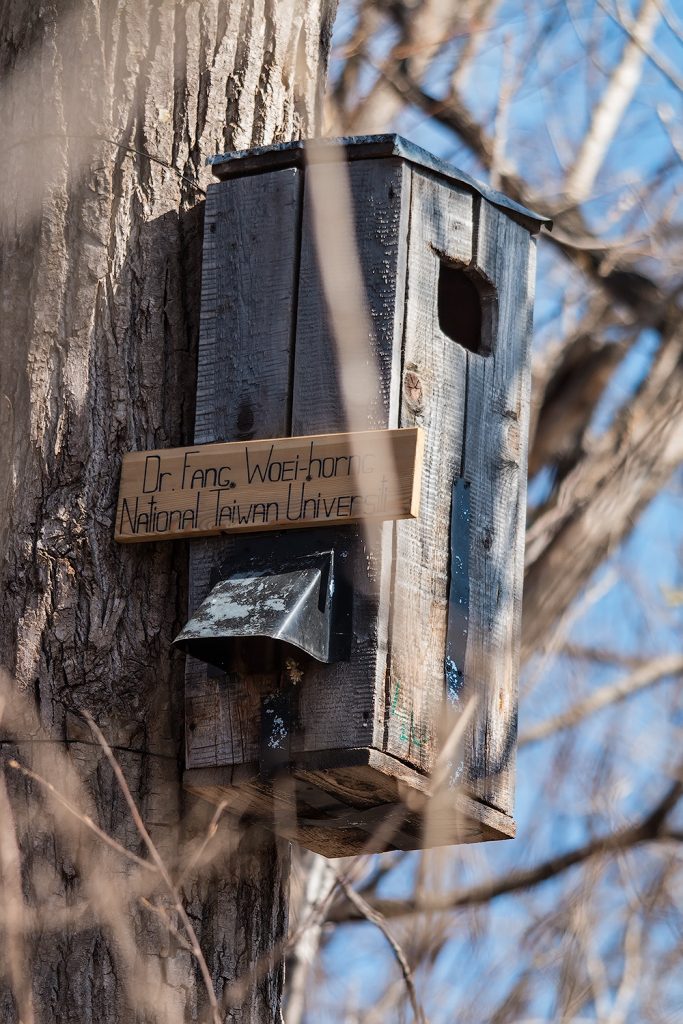 In order to increase the productivity of Scaly-sided Mergansers, artificial nests were provided along fifteen rivers of Primorye between 2000 and 2019, apparent nesting success rate was around 70% in 2003-2017 in average, and a total of 1641 ducklings reliably hatched in artificial nests during 2002–2019.

However, the duration of a nest could not exceed more than 8 years in general, so constant replacement of the nests is of vital importance to conserve Scaly-sided Mergansers. Read More

Your support is vital to contribute to the productivity of Scaly-sided Mergansers. For those who make a donation, a nameplate would be made and attached to the nest in appreciation of donation $ 100 for building and erecting of a new nest. For additional $50 the nest might be equipped with video-camera. Smaller donations would help to maintain existing artificial nests.