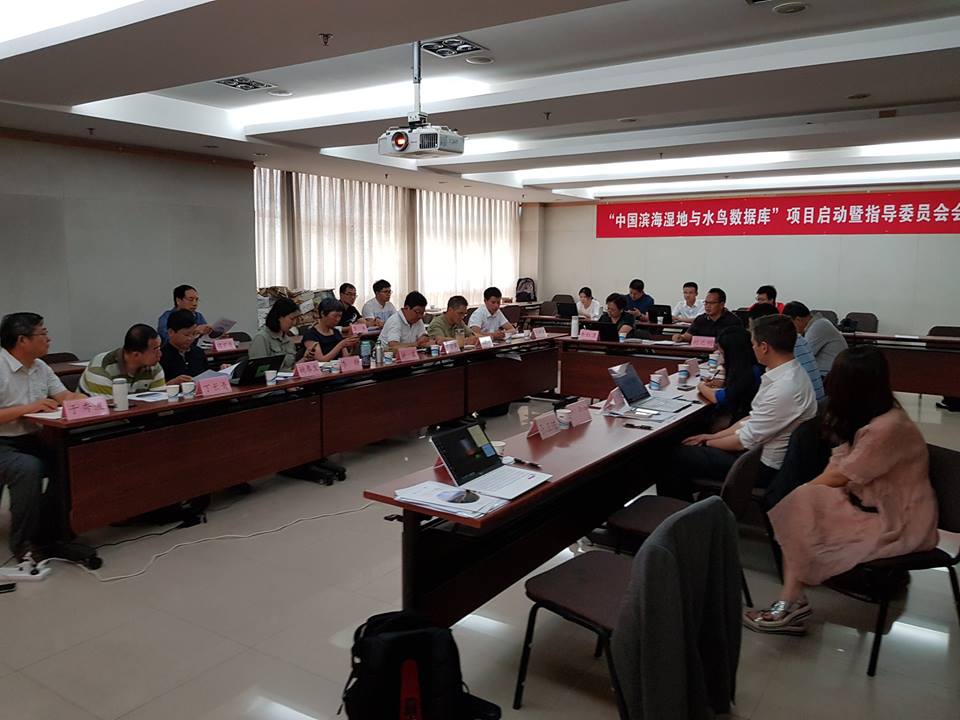 On 27 June 2018, Dr. Lew Young, the Chief Executive of the EAAFP Secretariat attended the project meeting of the “Developing Waterbirds and Habitats Database of China’s Coast”.

From 2014-2015, the Paulson Institute carried out the important China Coastal Blueprint Project to review the status of China coastal wetlands along the Bohai and Yellow Seas, and to give recommendations on the way forward for the conservation of these wetlands. The project was funded by the Lao Niu Foundation and the Paulson Institute, and the EAAFP was one of the members of the project Steering Committee.

The Blueprint Project identified the problem of a lack of long-term data on waterbirds use of the wetlands along the Bohai and Yellow Sea coast which could be used to distinguish further areas for conservation. Therefore, a follow-up project was developed to produce an online application where information on waterbirds count and distribution along the Bohai and Yellow Sea coast can be recorded by interested birdwatchers. The project would be conducted by the Institute of Geographical Science and Natural Resources, Chinese Academy of Science. The project period is from March 2018 to December 2019.