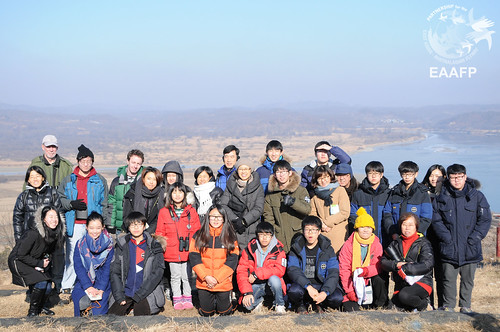 On January 9th 2016, together with EAAFP Secretariat, students from Incheon schools went on a crane birdwatching trip to Paju and Cheolwon, Republic of Korea. The trip began from Incheon to Paju Book City, Imjin River and Imjin-ri Heliport near Chopyeong Island in Paju City, and then continued to Togyo Reservoir and Hantan River in Cheolwon City. 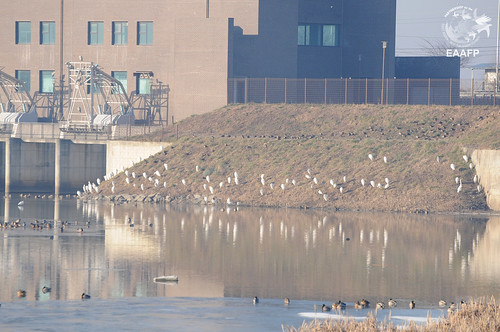 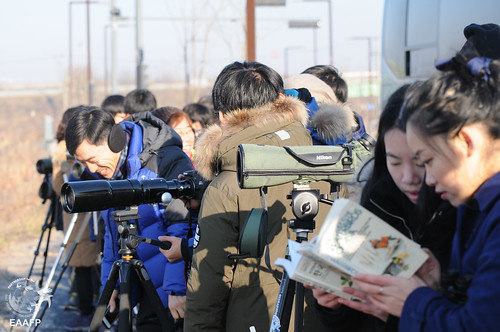 Students, their parents and teachers and EAAFP staff looking through scopes and field guide books to identify birds ?EAAFP/Eunjin Yu

In Paju City, flocks of Mallards, Spot-billed Ducks, Bean Geese and Great Egrets along with 9 Eurasian Spoonbills were seen. The staff was told that due to cold weather there had been some juvenile Black-faced Spoonbills staying in the area, but none was seen on the day. 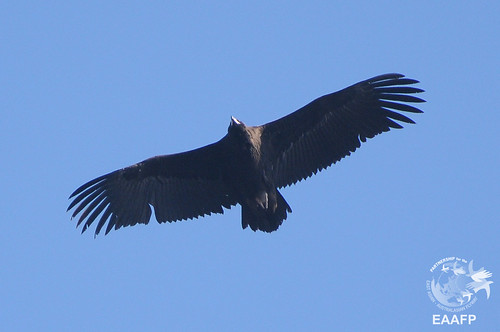 A Black Vulture was flying over our head when we arrived at Imjin-ri Heliport. It was gliding on the wind with its massive wings stretched to each side showing off its predatory presence. In reality, however, the number of Black Vultures in the Republic of Korea is decreasing due to lack of food. 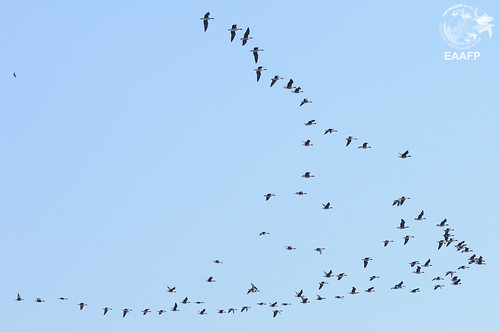 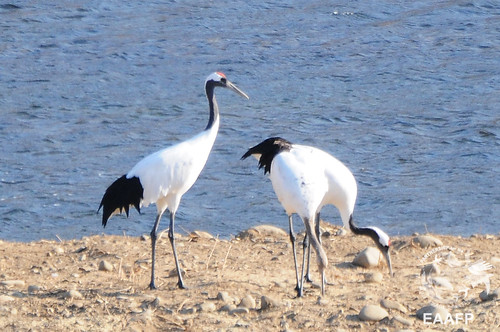 Red-crowned Cranes, White-naped Cranes and Whooper Swans by Hantan River were either feeding or resting. An interesting thing about the place was that there was a bird hide with its one side open, looking over the river. This building was meant for birdwatchers to enjoy watching the birds but at the same time keeping some distance from their resting place. Despite the fact that the intention was good and bird-friendly, it has become an artificial feeding place just so people can take a better picture of birds. 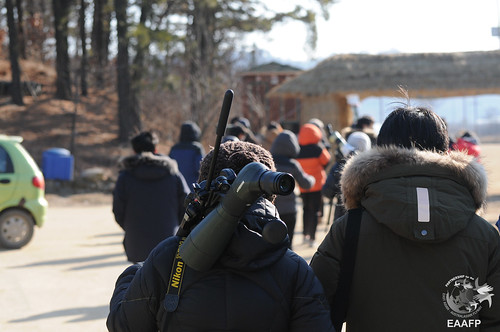 Students heading to next destination with scope on their shoulder ?EAAFP/Eunjin Yu