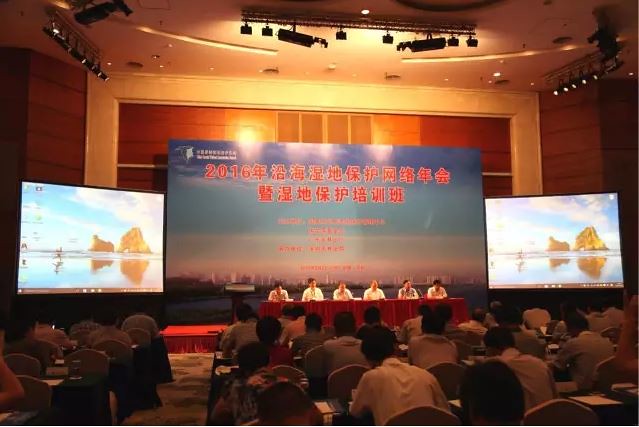 The China Coastal Wetland Conservation Network’s second annual meeting, a training workshop on climate change and coastal wetlands, took place on June 22 in Shenzhen. The event was jointly organized by the Paulson Institute, the Wetland Conservation Management Center of the State Forestry Administration of China, and the Forestry Department of Guangdong Province. It brought together participants including wetland managers from China’s 11 coastal provinces, representatives from national nature reserves near coastal counties, provincial nature reserves and national wetland parks, experts from across China and abroad, NGOs, as well as enterprise representatives.

China is home to 5.79 million hectares of coastal wetlands, accounting for 10.85 percent of total wetland area in the country. These coastal wetlands not only support biodiversity conservation along the globally important East Asian-Australasian Flyway, but also serve as life-supporting systems and ecological safety barriers for some of the most populous and economically developed areas in China. However, the coastal wetlands are facing many threats, such as reclamation and occupation by infrastructural development, pollution, over-fishing and over-collection, and invasive alien species. The second National Wetland Resources Inventory found that the coastal wetland area in China has declined by 1.36 million hectares during the period from 2003 to 2013, representing the highest loss rate in various types of wetland across the country. 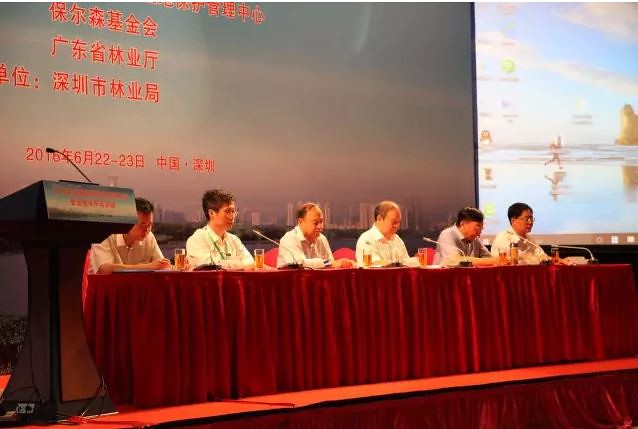 The Chinese government has developed and implemented a number of programs related to wetland conservation, such as the China National Wetland Conservation Program (2002-2030) as well as its implementation plans in the 11th and 12th Five-Year Plans. So far, a total of 18 Ramsar sites, over 80 wetland nature reserves, and more than 160 national wetland parks have been established in coastal provinces, covering a coastal wetland area of 1.39 million hectares, or 24.07 percent of China’s total coastal wetland area. An initial coastal wetland conservation and management system has been developed, laying a foundation for promoting ecological security in coastal areas.

“We initiated the China Coastal Wetlands Conservation Network to better advance the protection and management of coastal wetlands in China,” said Jerry Yu, chief representative of the Paulson Institute (U.S.) Beijing Representative Office, which is working closely with the State Forestry Administration on wetlands conservation. “With this platform, we can better assess the current status and risks of China’s coastal wetlands, address issues relating to their effective protection and management, and share and learn from each other knowledge and best practices related to coastal wetland protection and management. We hope this meeting can serve as a platform for different stakeholders to share knowledge and experiences, and provide new opportunities for them to work closely with each other.”

The China Coastal Wetlands Conservation Network was launched by the Paulson Institute and the Wetland Conservation Management Center of the State Forestry Administration of China, and formally established in Fuzhou, in Fujian Province, in June 2015. With its members coming from China’s coastal 11 provinces, the network is designed to conduct extensive exchange and cooperation between its members, build a platform for exchange and cooperation, share best practices and information, and promote coordinated efforts to improve the effectiveness of wetlands conservation management in China. The China Coastal Wetlands Conservation Network is supported by the Lao Niu Foundation and the Heren Philanthropic Foundation.