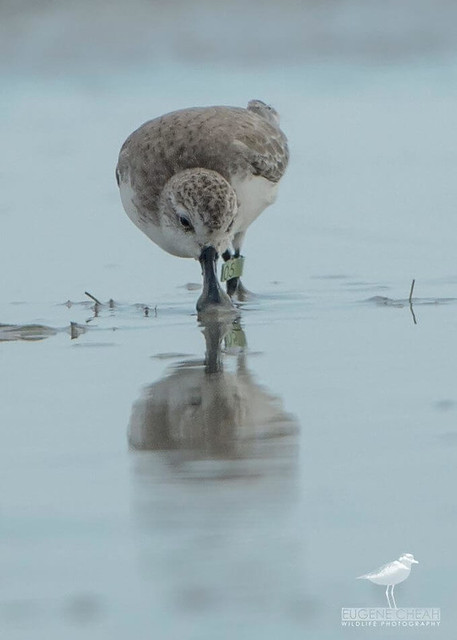 As I write this the Paris Climate Change conference (UNFCCC COP21) is in full swing. Finding solutions to the climate change challenge is arguably the most pressing issue of our time. But addressing biodiversity loss and the impending extinction crisis is equally pressing, due, if for no other reason, to its immediacy. For our Flyway, critically endangered species, such as Baer’s Pochard and Spoon-billed Sandpiper are perching on the brink. If nothing is done, others are set to follow. Given the daunting scale of the global crisis, our efforts to protect migratory waterbirds in a single flyway may seem a relatively small task. I remember Braulio Dias, whose job as Secretary-General of the Convention on Biological Diversity is to marshall global efforts to save biodiversity, once saying to me (a little tongue in cheek, perhaps) “all you have to do is save a few mudflats”. Quite!

Peatland areas in Arctic and subarctic regions where many of our migratory waterbirds breed store huge amounts of carbon. Globally, peatlands contain almost a third of the planet’s carbon. Coastal and freshwater wetlands have high capacity for carbon sequestration (capture). These areas play a critical role in climate mitigation. Yet, the breeding areas of these birds are being affected by climate change, particularly at high latitudes, where habitat change and the changing balance between predators and prey may be affecting breeding success. This summer, I was lucky enough to see many Eiders with chicks, but apparently success is very limited due to predation by Vega Gulls, a recently arrived colonist (albeit perhaps expanding, following human occupation too).

The importance of natural coastal wetlands in buffering climate change impacts such as sea-level rise and more frequent storm surges is becoming more recognized and hopefully in the future countries in our Flyway will rely more on natural infrastructure than constructing more concrete sea-walls! But for the future of our coastal wetlands we need to plan ahead, modelling how sea-level rise will affect the potential to conserve these areas or even allow for their “movement” inland. I know research colleagues in Australia are examining these issues and I hope it can inform coastal zone planning into the future.

Meanwhile, I keep my fingers crossed for progress in Paris.