The Chinese Crested Tern (Thalasseus bernsteini) is one of the rarest seabirds in the world. It seemed it had always been rare. It was not described until 1861, when the type specimen was collected at Kao, Halmahera, Indonesia. Since the last 21 specimens were collected at Qingdao, China in 1937, there was no confirmed record of the species. In 2000, the bird was resighted on Matsu Islands off the coast of Fujian. In 2004 another breeding colony was discovered at Jiushan Islands in Zhejiang Province. With international cooperation using social attraction restored the breeding colony, Chinese Crested Tern is estimated to be about 150 birds in population and is stable or slowly increasing.

Since the rediscovery of the species in 2000, there are only five breeding locations: Jiushan Islands, Wuzhishan Islands (Zhejiang, China), Matsu Islands (Fujian, China), Penghu Islands (Taiwan, China) and Chilsando Islands in the Republic of Korea.

The bird is believed to breed off Shandong formerly, but is now only sighted in coastal areas in Shandong after breeding season. Non-breeding records were from South China, Japan, the Philippines, Thailand and eastern Malaysia.  Confirmed recent wintering grounds include Seram, Maluku of Indonesia and Mindanao of the Philippines. Eastern Indonesia and the Philippines are likely to be the major wintering areas for this species. 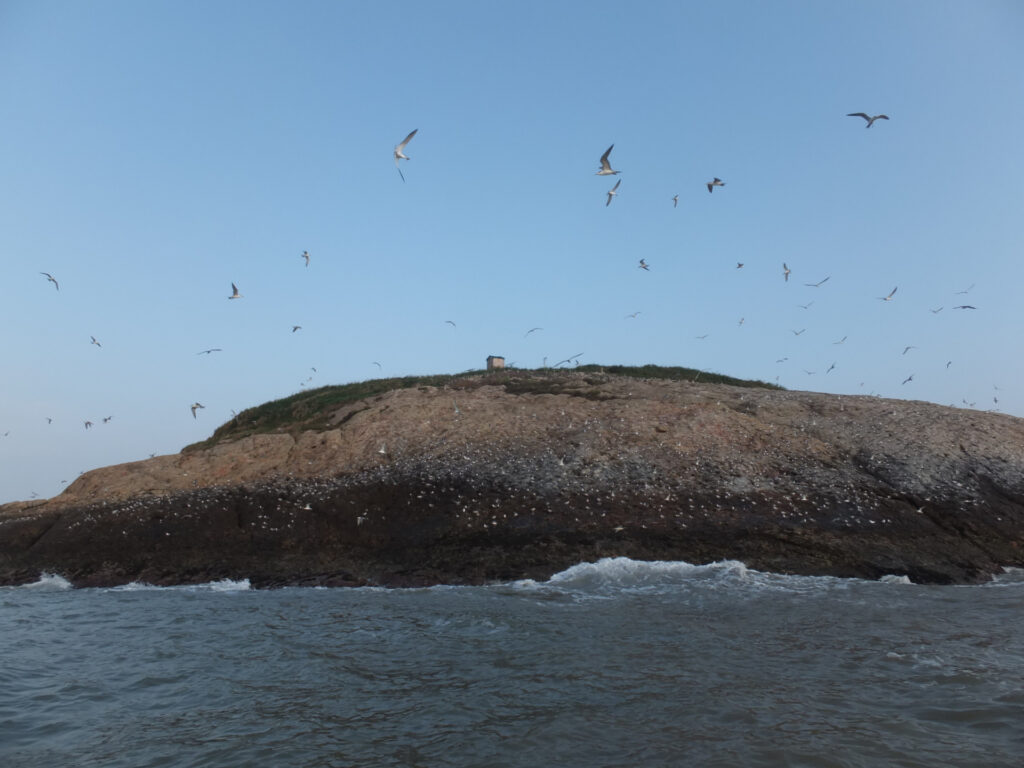 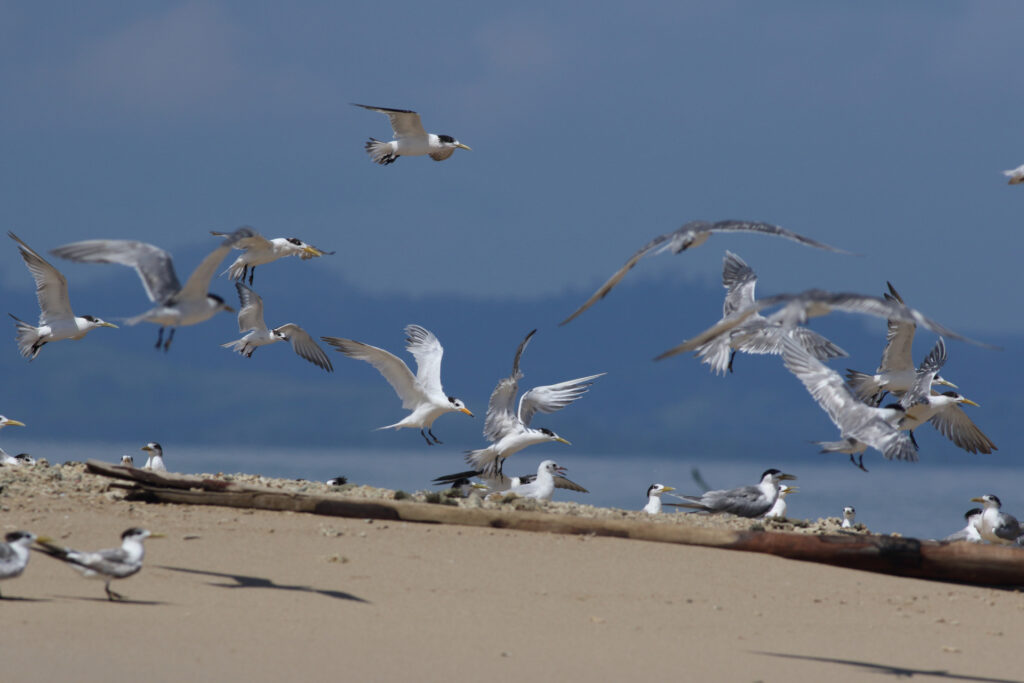 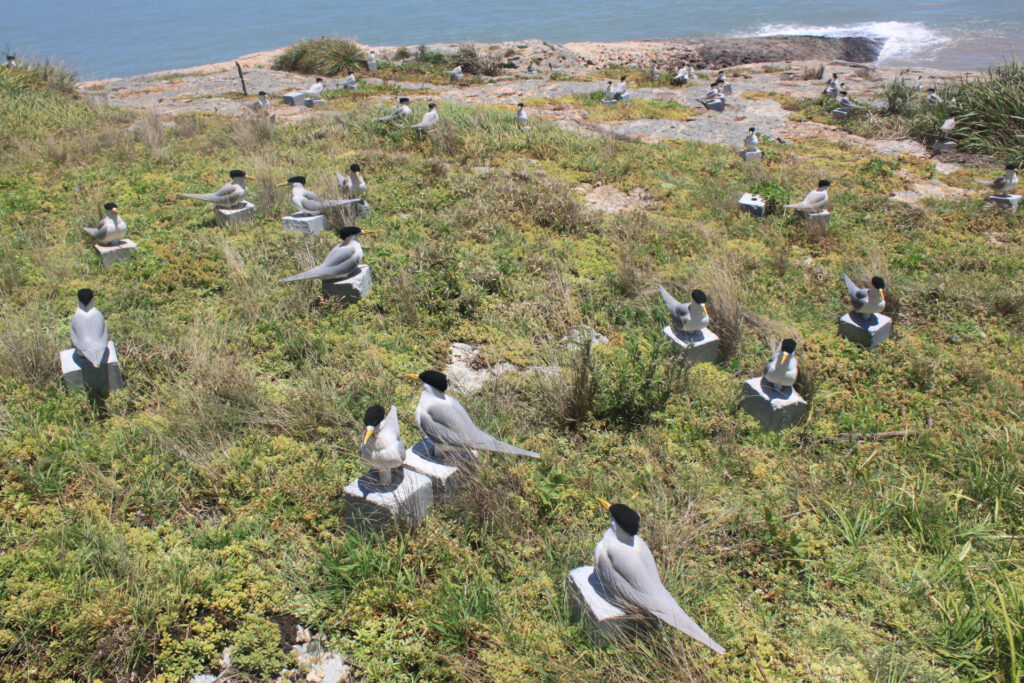 Since 2011, an international cooperation project using social attraction (using decoys and playback) restored the breeding colony at Jiushan. The population increased from less than 50 to about 150 in 10 years. Subsequently, Social attraction was also done in breeding grounds of Matsu, Wuzhishan and Chilsando.

Through education and advocacy to promote law enforcement to prevent exploitation (egg collection) and disturbance, such as regulated tourism, allocation of park rangers for monitoring, as well as fishing communities and public engagement.

A tern for the better