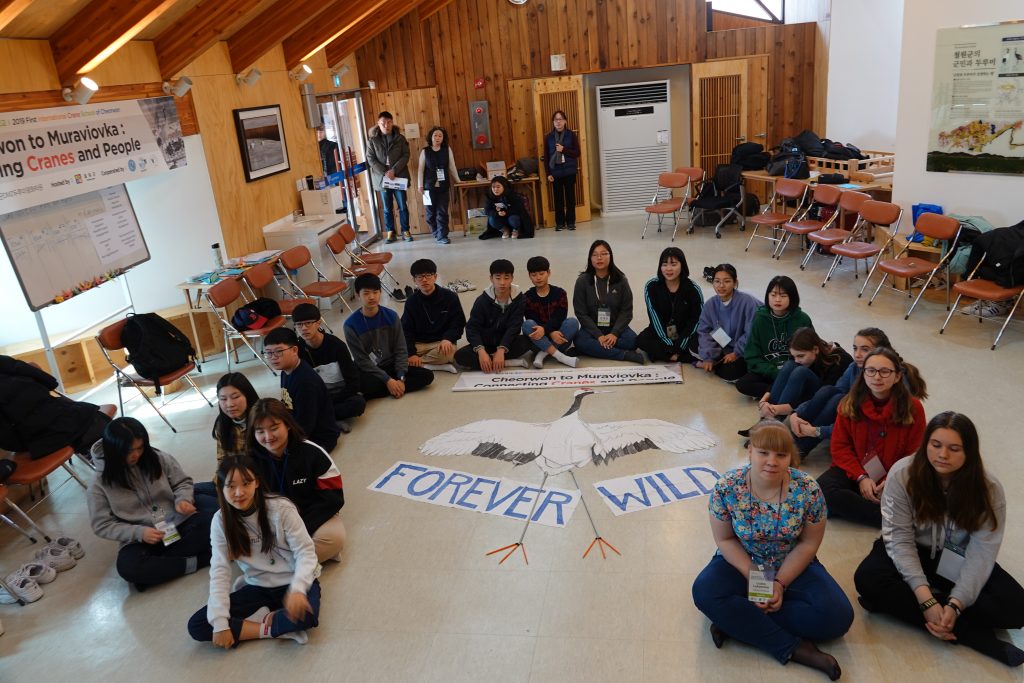 Not all children love going to schools but in this school, all of the students did not want the class finish. This is the first International Crane School of Cheorwon, an environmental education activity to provide an opportunity for students from Ro Korea and Russia to learn about the importance and ecological connection of cranes between Cheorwon, South Korea and Muraviovka Park in Russia. Both places are critical sites for cranes. The Crane School was held from 21 to 23 February, 2018, organized by the Cheongsanbada Eco-Institute (CSEI, NGO based institution in Ro Korea) and financed by Cheorwon County, the first EAA Flyway Network Site in Ro Korea [EAAF 027]. EAAFP Secretariat also participated in this programme.

A total of 19 students, in which 5 were from Russia and 14 were from Cheorwon, Ro Korea participated in the International Crane School. The school was mainly lead by two experienced teachers from the United States, Ms. Sharon Hushek and Ms. Susan Grace, and Ms. Olga Trenina, from Russia, who also played a leading role in the crane school in Muraviovka for several years.

Students in this crane school did not just sit and listen to teachers, they learnt from playing, discussion, writing as the classes were designed to include different forms of learning, such as playing games to understand the ecology of birds adaptation, discussion about pollution along the river, writing poems and drawing to express their feeling to the nature, and even enjoyed the class by singing songs. They also learnt from going out and seeing the cranes in the field. All of the participants saw the magnificent White-naped and Red-crowned Cranes, the White-fronted Geese etc. 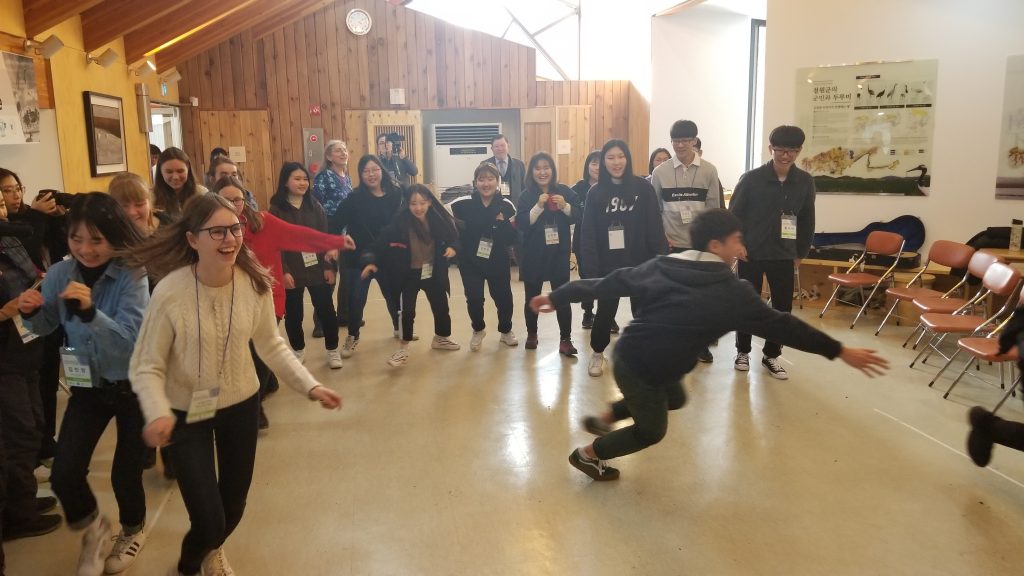 The students were playing an environmental game to experience how birds escape from predators (photo: Vivian Fu/EAAFP) 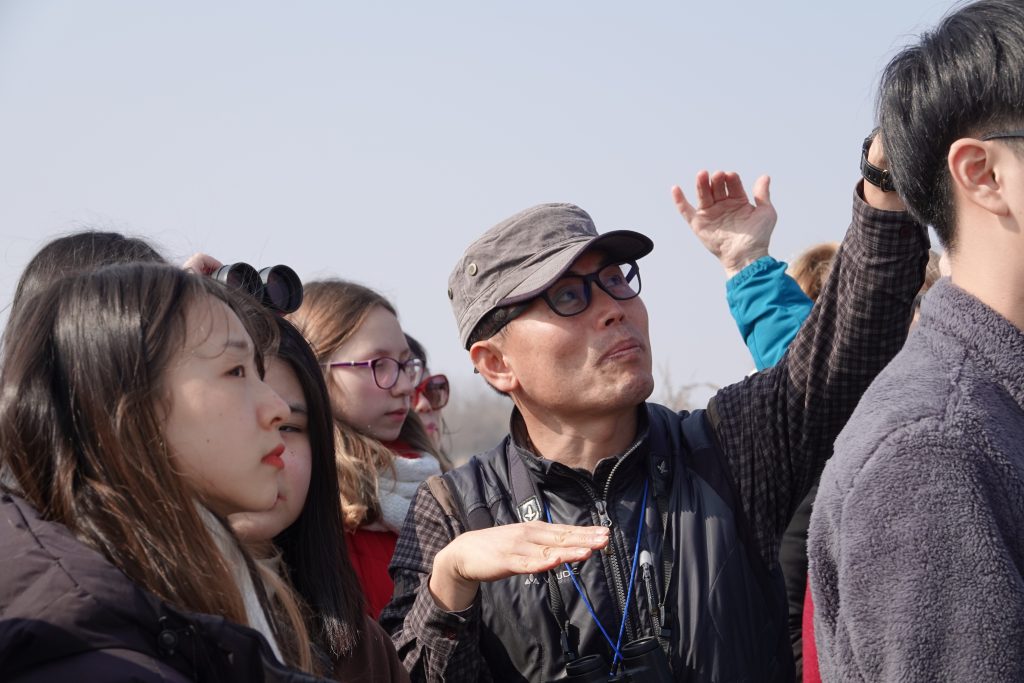 Students watched the cranes and learnedabout their habitat in the field  (photo: Vivian Fu/EAAFP)

At the end of the Cheorwon Crane School, the students performed at the Crane and Friendship Night, in which parents and friends of the local students were invited. They showed the art work, poems and song they created during the classes and told the audiences messages to conserve the cranes.

We hope the Cheorwon Crane School will be continued and may involve more people from other places important to the cranes. 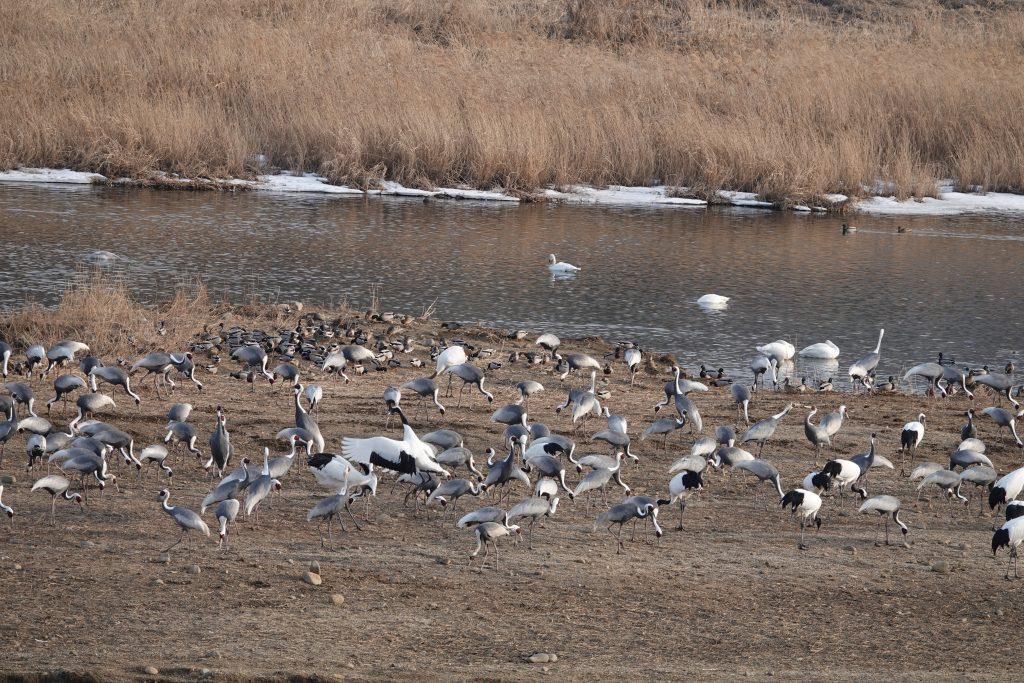 Cranes, swans and other waterfowls in Cheorwon

Photos of the International Crane School of Cheorwon: