The Black-faced Spoonbill (BFS) has an quite incredible story of conservation. The population started to be counted around 1988, and fewer than 300 individuals were recorded in the world. Since then International BFS Census was initiated in 2002, and Incheon also attracted people’s attention as breeding habitats. That severe reduction is now considered that it was because of land reclamation and coastal development. The population has been increasing thanks to the conservation efforts such as Namdong Reservoir’s artificial island. According to the recent survey, the census in January 2017 recorded 3,941 birds containing c. 2,250 mature individuals. It is more than 13 times compared to 30 years ago; however, more concerns are still needed since BFS has been designated as Endangered by IUCN Red List since 2000.

With the support of Incheon City Government, the bilateral meeting of Republic of Korea and Japan BFS Network was organized at Incheon City Hall on May 18th to share the experience of conservation activities for BFS. The concerned parties from Incheon BFS Network, Mr. Shigeki Takano and Mr. Satoru Matsumoto from Japan BFS Network, Dr. Kisup Lee from Waterbird Network Korea and Ms. Hyeseon Do from EAAFP Secretariat participated in the meeting. Mr. Takano and Mr. Satoru were invited to introduce their work in Japan; they have raised awareness like BFS observation with students and the public. Dr. Kisup Lee shared recent data of breeding BFS in Korea and emphasized the reproduction failure in Suha-am due to the dredged soil arena and human impact. All together talked freely about the conservation status of BFS in each country and hoped to keep in touch for future collaboration. 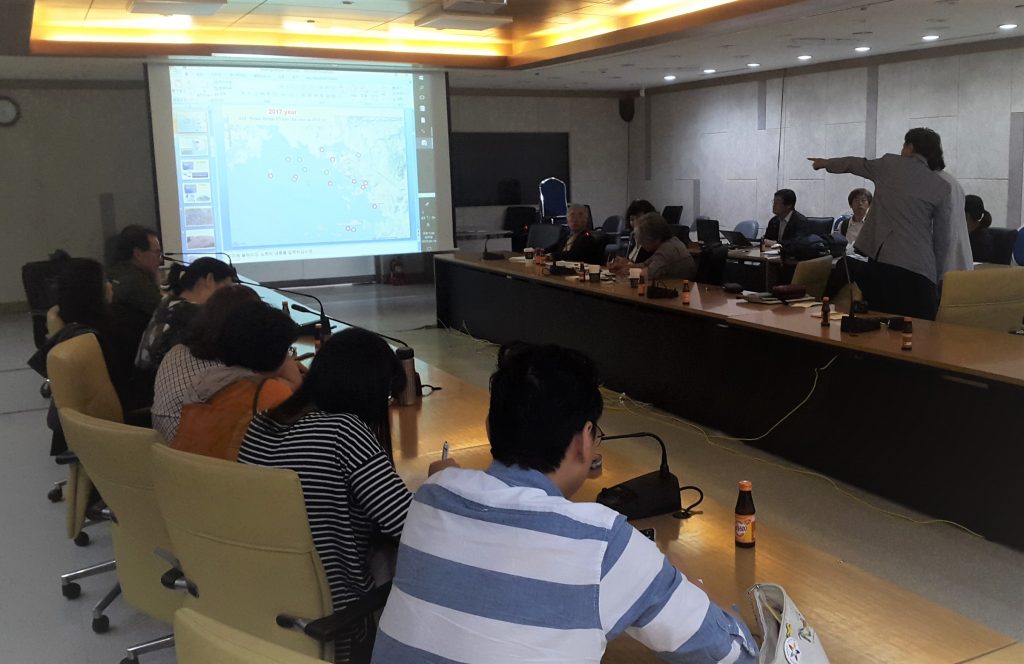 On May 19th, the BFS Birthday Party was celebrated at the Namdong Reservoir, Incheon. Namdong Reservoir is one of the major breeding sites for BFS, so it has been held annually to raise awareness of conserving BFS and protecting wetlands. As of May 15th, 48 BFS babies in 27 nests were observed, and more eggs were ready to hatch. Almost one hundred children joined the Painting Contest and Birding Race at the 2nd birding observatory of BFS Park under the perfect weather. Anybody fascinated by BFS could also join birdwatching and various activities such as drawing BFS, singing BFS song and making BFS poles.

EAAFP Secretariat set up a booth and distributed educational materials to the participants. Small gifts were awarded by panels in the Painting Contest; Mr. Dong-koo Yun, Deputy Chief Executive of EAAFP Secretariat, selected one picture for an award because a prize winner well described the characteristics of BFS on her own. 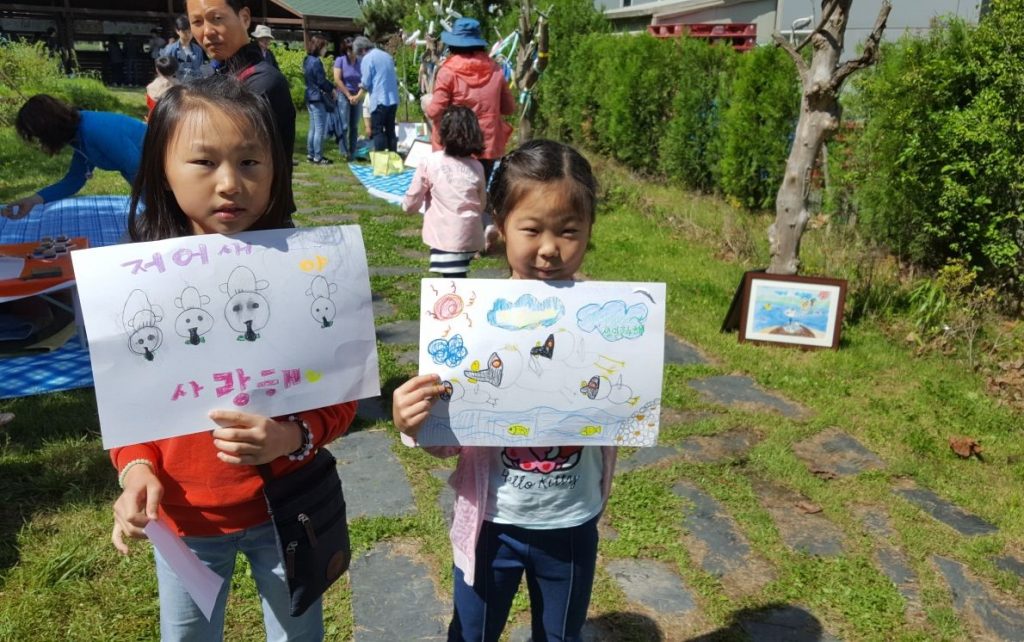 Children who participated in the BFS Birthday Party