I sort of think Whistling Kites are OK (at the moment).

The plan for this catch day was set at Richard’s Point where there would be a small flock of shorebirds (as on the 2 reccy days) then one twinkle from Wader Beach and everything lands in front and we fire. We catch 140 Curlew Sands and 40 Red Knot, yes seriously that is what I think as I lay awake at night!

So when we arrived at Richard’s Point, where there was a beautifully set net in the previous day’s high tide line, I was disappointed to see no birds at all. Still remember just the one push from Wader Beach, that would still work, wouldn’t it? Emilia was dispatched to charm George Swann in to letting her twinkle 2,000 birds away from in front of his tour guests (thanks charming Emilia and understanding George!)

So the one move turned in to 5 and the birds just kept streaming past Richard’s with hardly a glance. So decoys it was. I am not a big fan of decoys but I didn’t have the feeling anything was going to come in. The decoys seemed to work as after a few more moves from Emilia and some back up from Maurice birds started landing on the beach. However they landed on the side away from the decoys. But a fine twinkle form Nigel put a reasonable flock in front of the net and then another big flock arrived from Wader Beach and after a very long pause between one and fire as I waited for birds to land we fired. 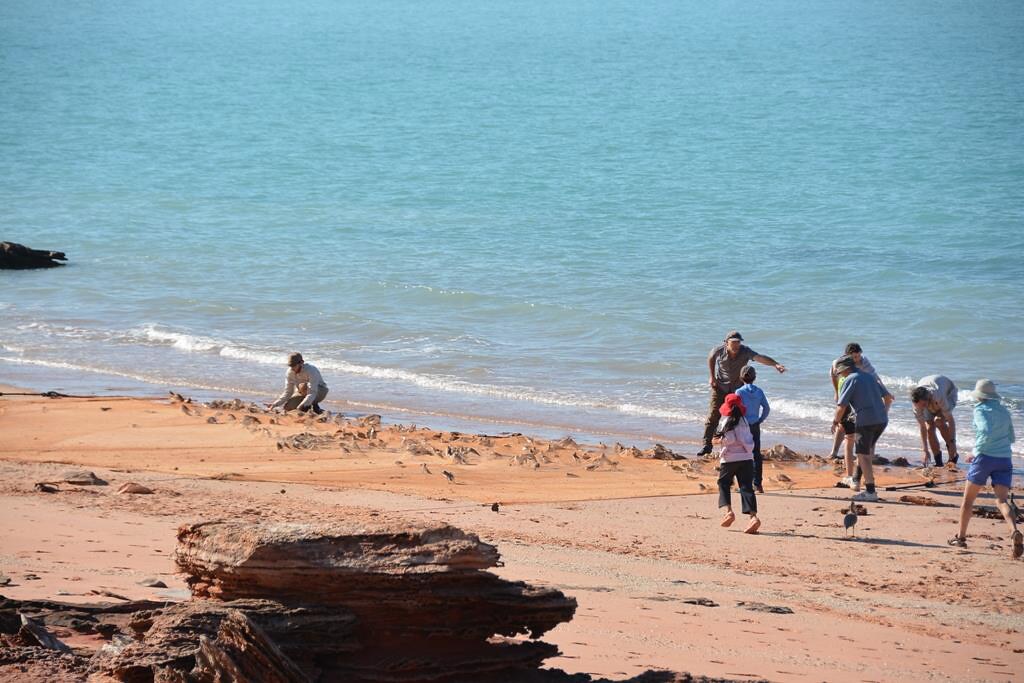 The bird standing casually between the running red hat and blue shorts is a decoy! © J. Attard

The net went very well and a large but inexperienced team were fantastic at the net
and we had 286 birds in the cages in next to no time.

Processing went very smoothly and the only thing to discuss was moults, lots of
them and they were very interesting as usual (OK that sounds a bit nerdy!)

Nearly all birds were age 1 (in their first year of life). This is no surprise as we know
from our work in February that Curlew Sandpipers had a fantastic breeding season,
we had 40.1% juveniles in out catches during the 3-week period of the expedition.
We didn’t get exceptional numbers of juvenile Red Knot then but we did have high
counts of Red Knot during the recent dry season population monitoring counts.

There was a very small proportion of re-traps. There was just one retrap in the 139
Red Knots but it just happened to be one we had put a satellite transmitter on in
February this year. The transmitter had stopped working on 24/06/2017. The reason
was clear to see on the tag as the aerial had snapped off. 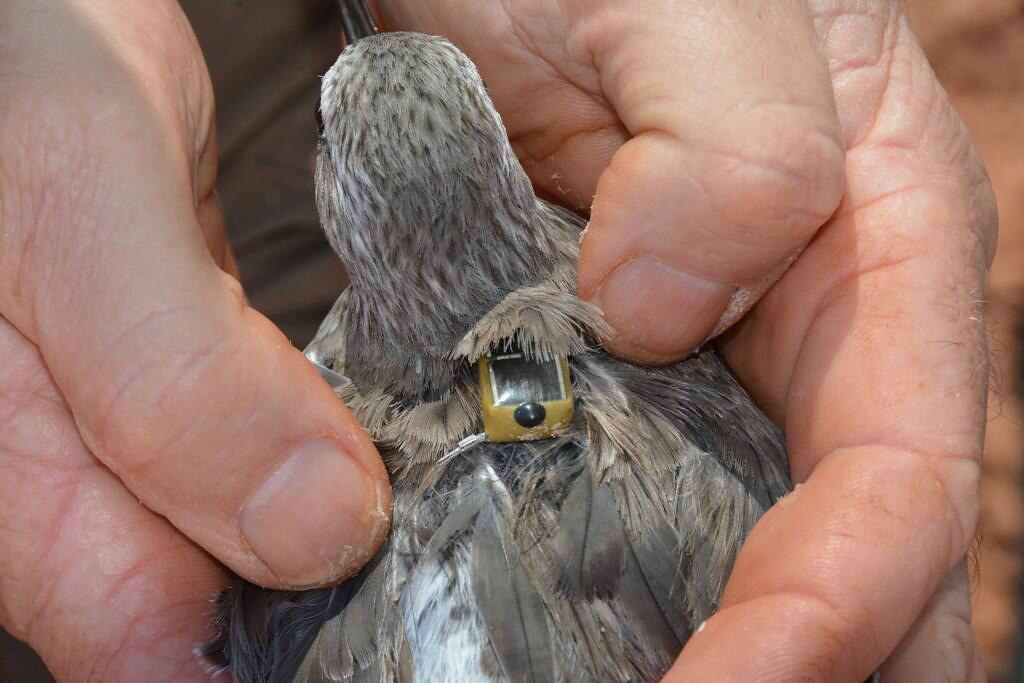 A huge thank you to everyone who helped. This was, once again, citizen science in
action!

All in all a very successful day, once again thank you to everyone for your input to
the GFN and Australasian Wader Studies Group (AWSG) projects. We couldn’t do it without you.

And a special thank you to Daniel for carefully coordinating all the releases. 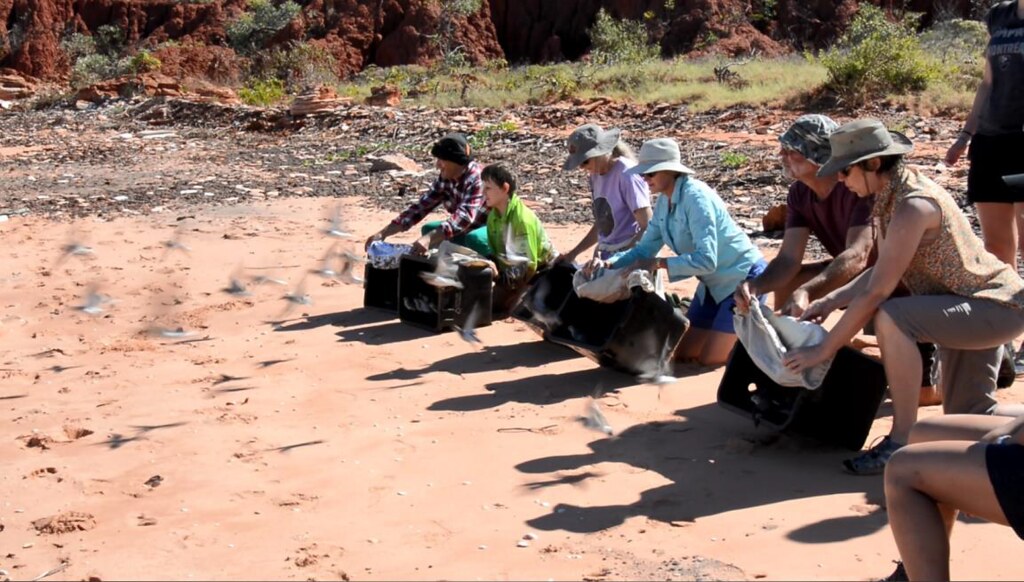