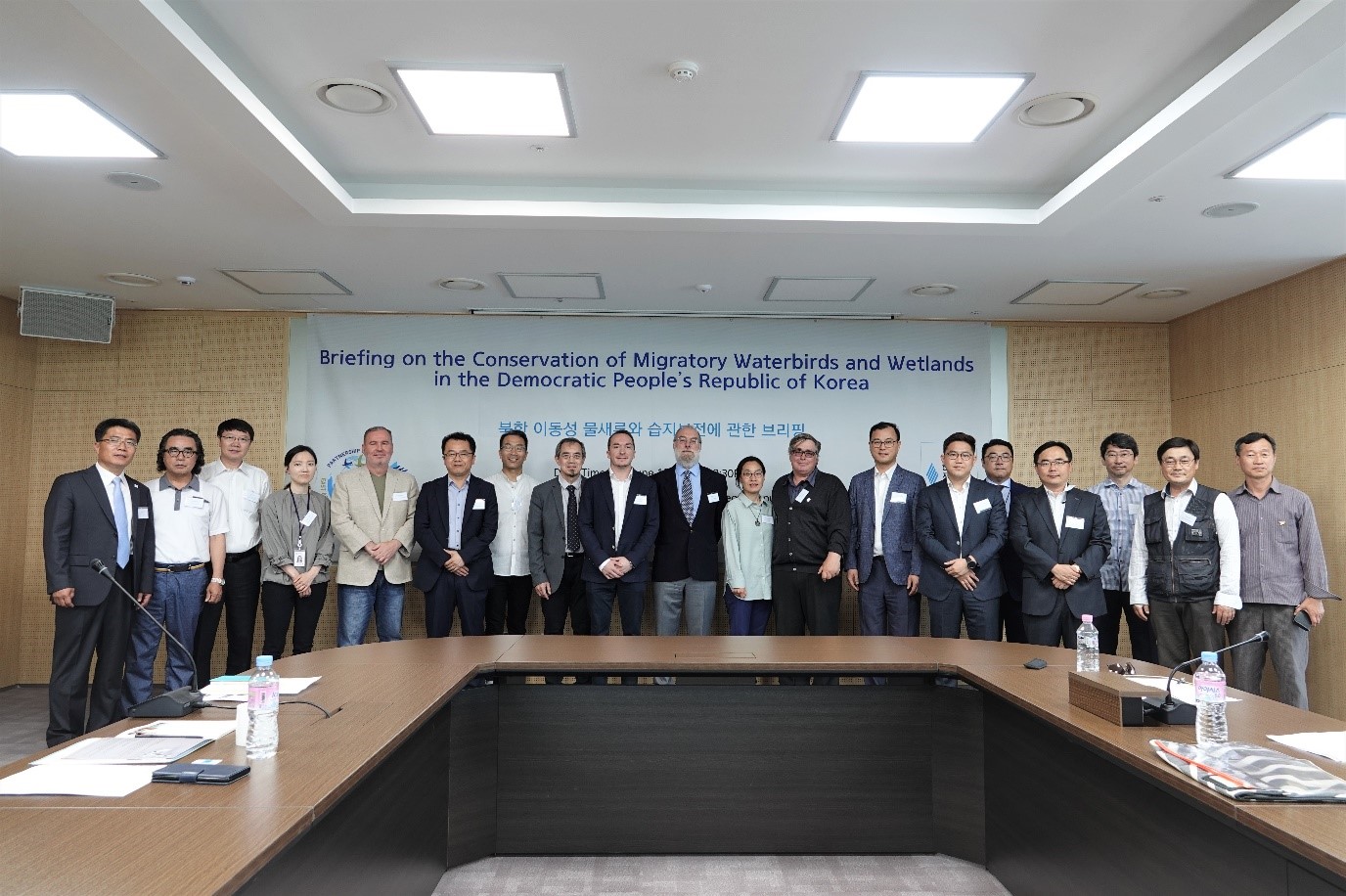 On 11 June 2018, the “Briefing on the Conservation of Migratory Waterbirds and Wetlands in the Democratic People’s Republic of Korea” was held from 10:00h – 12:30h at Board Room, 8 Floor, G – Tower, Songdo, Incheon. The event was co-organized by the East Asian – Australasian Flyway Partnership Secretariat (EAAFP) and the Hanns Seidel Foundation - Korea (HSF), one of EAAFP Partner, which have interacted with DPRK by organizing events and supporting DPRK for raising public awareness on conservation activities for many years. The purpose of the Briefing was to understand the current circumstance in DPRK and discuss how we can cooperate and support them to conserve migratory waterbirds and wetlands in the future.

Around 80 participants attended the Briefing including representatives from the Ministry of Foreign Affairs, Ministry of Environment, Ministry of Ocean and Fisheries, Ministry of Unification, UNESCAP-Sub Regional Office, Yellow Sea Large Marine Ecosystem (YSLME), Ramsar Regional Center – East Asia, NGOs, Research Institutes and other interested experts. The Briefing began with an opening from Ms. Hyeseon Do (EAAFP Programme Officer) and this was followed by four 25-minute presentations from four speakers respectively with simultaneous interpretation and Q&A session in the end. 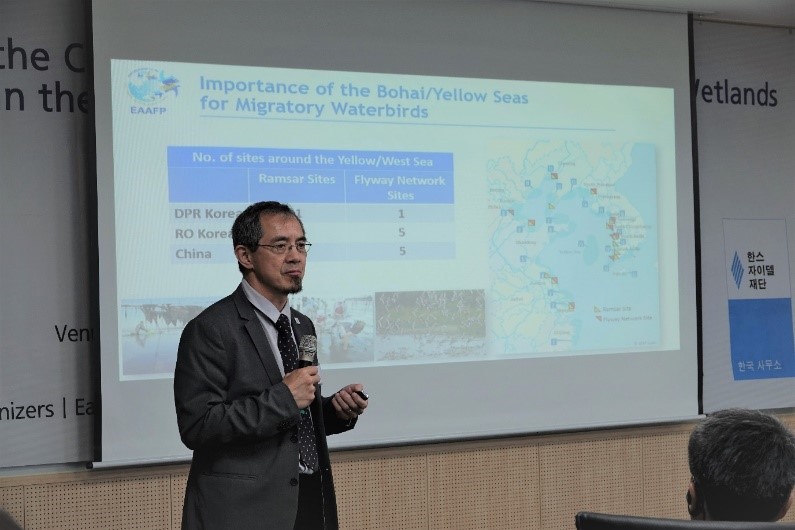 Mr. Felix Glenk (Project Manager of DPRK, HSF Korea), started the Briefing with capacity building project in DPRK by HSF around Rason Migratory Bird Reserve. He detailed ongoing projects about reforestation and wetland conservation since 2015. He stressed on the importance of joint conservation works with various international organizations with the DPRK. Dr. Lew Young, (Chief Executive, EAAFP), presented the overview of the conservation of migratory waterbirds and wetlands in the DPRK with a focus of Mundok Migratory Bird Reserve [EAAF045]. He also noted that the DPRK has gradually acknowledged the importance wetlands and the need for their sustainable management since proceeding with various cooperative project from 2015. 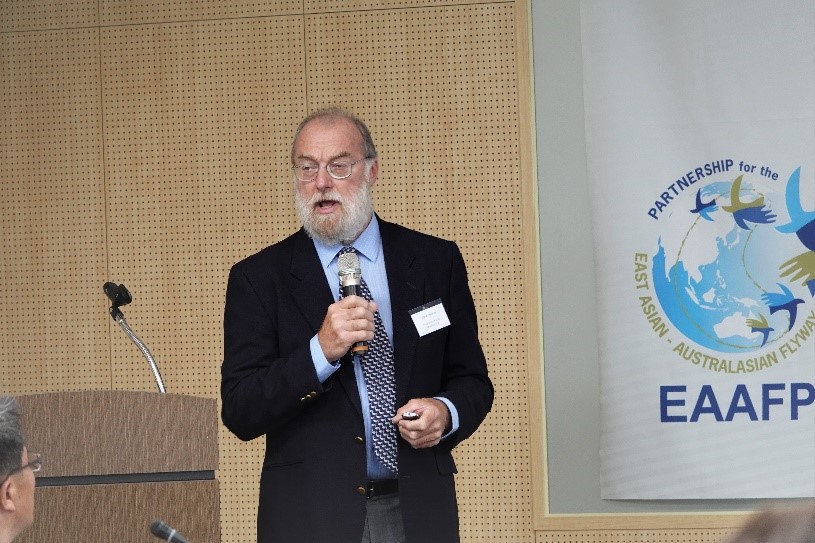 The other speakers also assessed the DPRK is now putting more effort on conserving and ensuring the wise use of nature. Specifically, Dr. Nial Moores (Director, Birds Korea), who has a 30-year experience in the conservation of birds and wetlands in East Asia, pointed out their lack of their capacity even though DPRK has a lot of interest in conserving nature. He emphasized the need for cooperation among Northeast Asia countries to conserve the environment and make a sustainable management platform. Dr. David Melville, an ornithologist from Pukorokoro Miranda Naturalists Trust (New Zealand), also made the point of the value of the remaining tidal flats in DPRK not only for migratory shorebirds but also for people while explaining the shorebird surveys along the West Coast of the DPRK that a New Zealand team has been conducting since 2014.

In the discussions between the participants and speakers, the tidal-flat habitats around the Yellow/West Sea which is bordered by the ROK, DPRK and PR China, were acknowledged as being critically important as a resting and feeding site for millions of waterbirds during their annual migration each year. NGOs and relevant Ministries in the Yellow Sea countries were encouraged to continue, and even increase their efforts in supporting cooperation with the DPRK.

For more articles about the event: