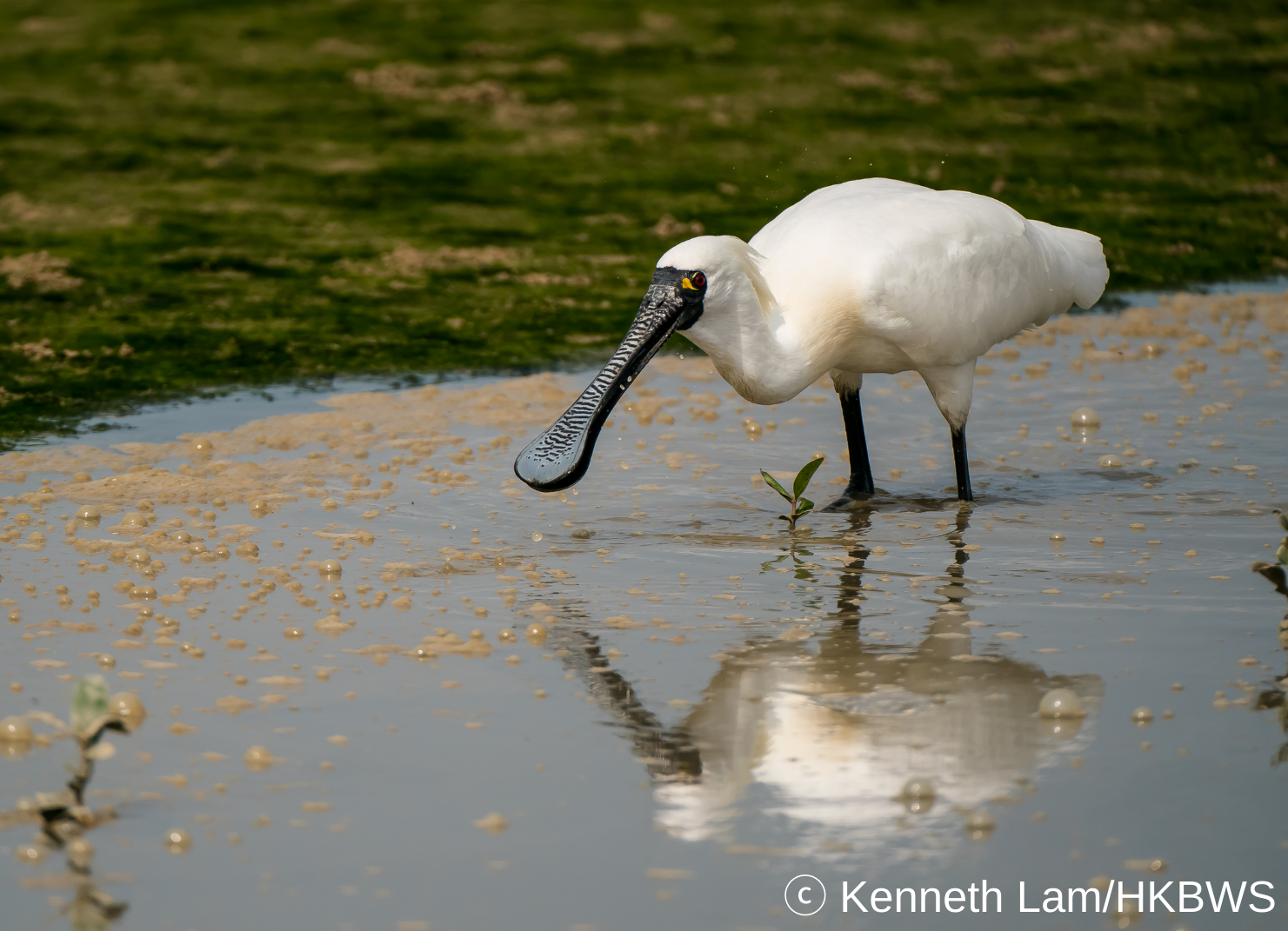 Black-faced Spoonbill is a waterbird restricted mainly to the East Asia region. It is the smallest and rarest of the six spoonbill species in the world. It is recognized as a successful case of conservation with international collaboration, which helped the population recovered from only a few hundred in the 1990s to over 5000 birds in 2021.

The Black-faced Spoonbill is a large white waterbird with a long neck and legs. Their body size is 60-78cm in length. It can be easily identified by its big black spoon-shaped bill. The body is covered with white feathers but the facial skin is bare and black but no feather around the eye. During the breeding season, the plumage on the head and chest turns yellow and has elongated head feathers.

Breeding grounds: They breed mainly on outlying islets of West coast of North Korea, South Korea, and Liaoning province of China mainland, and a few breeding pairs on the east coast of Khanka Lake, Russia.

They mainly breed in small colonies on islets off the coast near tidal flats. In non-breeding time, they mostly feed in tidal flats, and would use artificial wetlands like fishponds. They sometimes can be found in freshwater habitats.

The major threat is habitat loss resulting from industrial development and land reclamation. Pollution leading to habitat degradation are ongoing threats; Human disturbance due to recreation, fishing, and collecting shellfish.

How you can help

News about Black-faced Spoonbill in EAAF

Endangered Black-faced Spoonbill breaking the record of over 6000

The story of ‘messenger’ A49, connecting Incheon and Hong Kong

2021 in Review: Work and achievements of EAAFP Partners and Secretariat