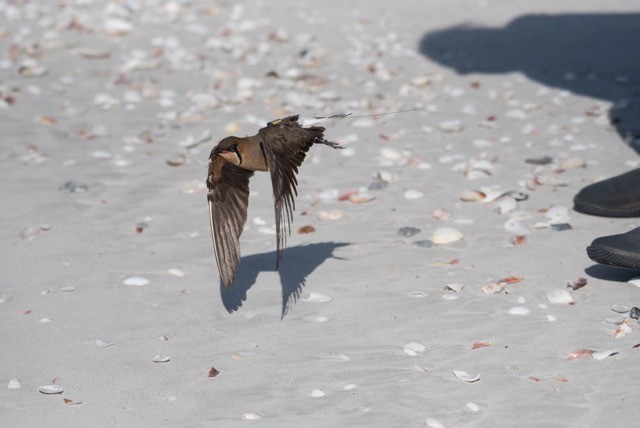 The Australasian Wader Studies Group (AWSG) has been using satellite transmitters for tracking the migration of shorebirds visiting North West Australia since 2013. It is exciting to track birds with satellite transmitters because up-to-date location data is received as the bird flies or rests after migration. This occurs almost in real time or at a couple of days behind the recorded event.

This year’s updates cover movements of the following:

No new satellite transmitter was deployed by AWSG at North-west Australia in 2020. Previous updates can be found on AWSG and Wader Quest website.

After returning to Australia in December 2019, the three Oriental Pratincoles were on the move again in February 2020. SHE and SEC are already back to their exact same breeding ground from previous year in Cambodia and SEP is currently in Sumatra.

Whimbrel LA, now in its fifth year of life, is very settled at its territory between 40-50km south of Anna Plains Station entrance at Eighty Mile Beach since it was back to North-west Australia in October 2019. It will begin its third northward journey in late April.